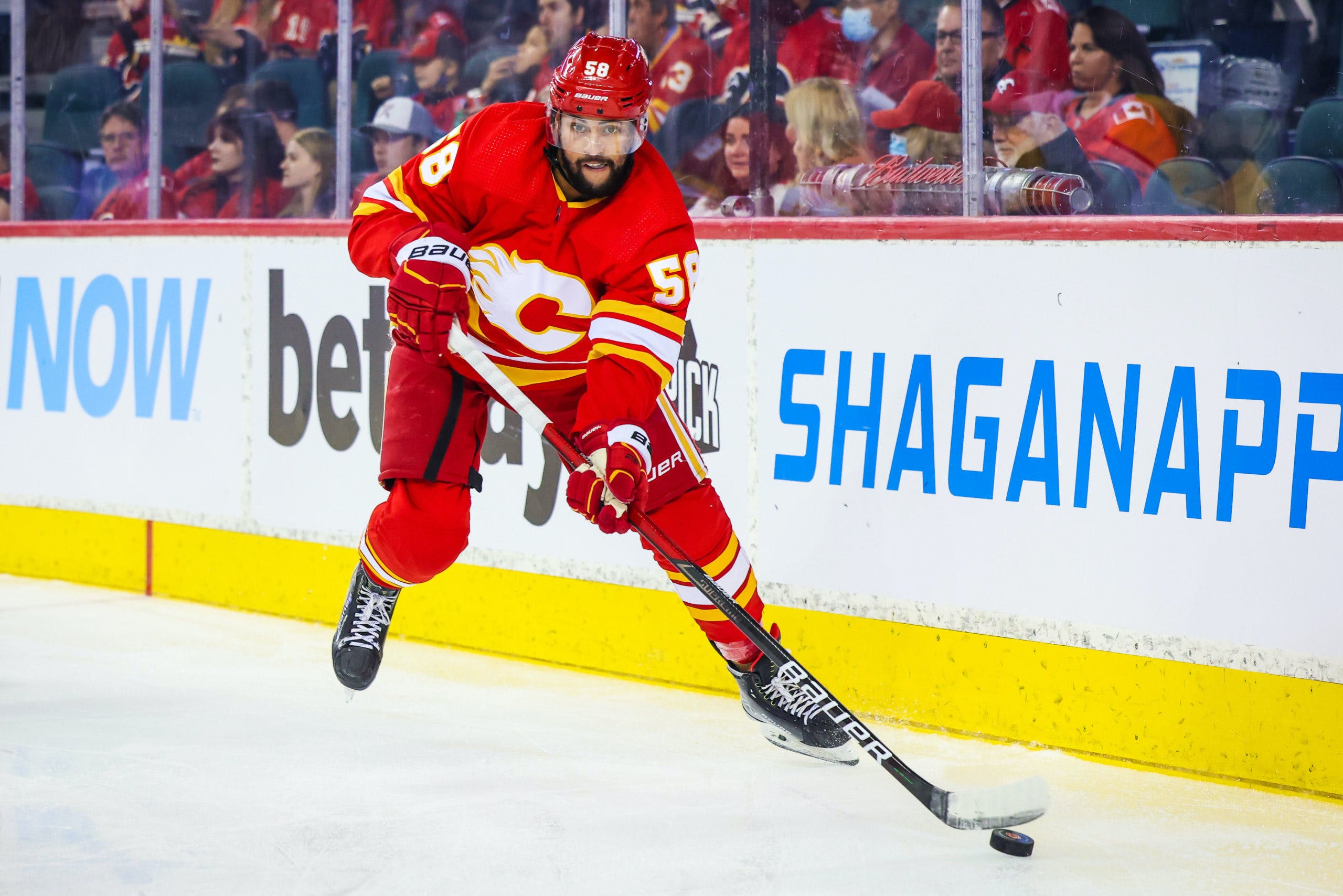 Photo credit: Sergei Belski-USA TODAY Sports
By Ryan Pike
9 months ago
Comments
Just 24 hours after a win over Chicago, the Calgary Flames (47-20-9, 103 points) are back in action! And like on Monday night, they visit the Nashville Predators (43-28-5, 91 points) four months later than originally intended. It’s the final game of 10 postponed Flames games due to their COVID outbreak and scheduling ripples.
The game is set for 6 p.m. MT and you can catch it on Sportsnet West, and on Sportsnet 960 The Fan!

Projected lines via Daily Faceoff:
@Johnny Gaudreau – @Elias Lindholm – @Matthew Tkachuk
@Andrew Mangiapane – @Mikael Backlund – @Tyler Toffoli
@Dillon Dube – @Calle Jarnkrok – @Blake Coleman
@Milan Lucic – @Adam Ruzicka – @Trevor Lewis
@Noah Hanifin – @Rasmus Andersson
@Oliver Kylington – @Chris Tanev
@Nikita Zadorov – @Erik Gudbranson
Given the back-to-back situation, we’re expecting @Daniel Vladar to start and be backed up by @Jacob Markstrom. There’s no morning skate, so we’ll see what unfolds at warm-up. The scratches last night in Chicago were @Brett Ritchie, @Connor Mackey, @Michael Stone and @Ryan Carpenter, so we’ll see if Darryl Sutter makes any changes in his lineup.
While the Flames have not been playing picture perfect hockey – they have been prone to lulls and their defensive coverage has occasionally been spotty – they’ve been good enough to win fairly consistently, including capturing victories in seven of their past eight outings.
Advertisement
Ad
Advertisement
Ad
This game is a possible first round playoff preview, as the Flames will be likely lining up against the stronger of the two Western Conference wildcard playoff teams – at this rate, it’ll likely be either Dallas or Nashville.

This is the second of three scheduled meetings between these clubs this season. The Predators beat the Flames in overtime back in November. This feud will conclude, for the regular season at least, in a week… also in Nashville.