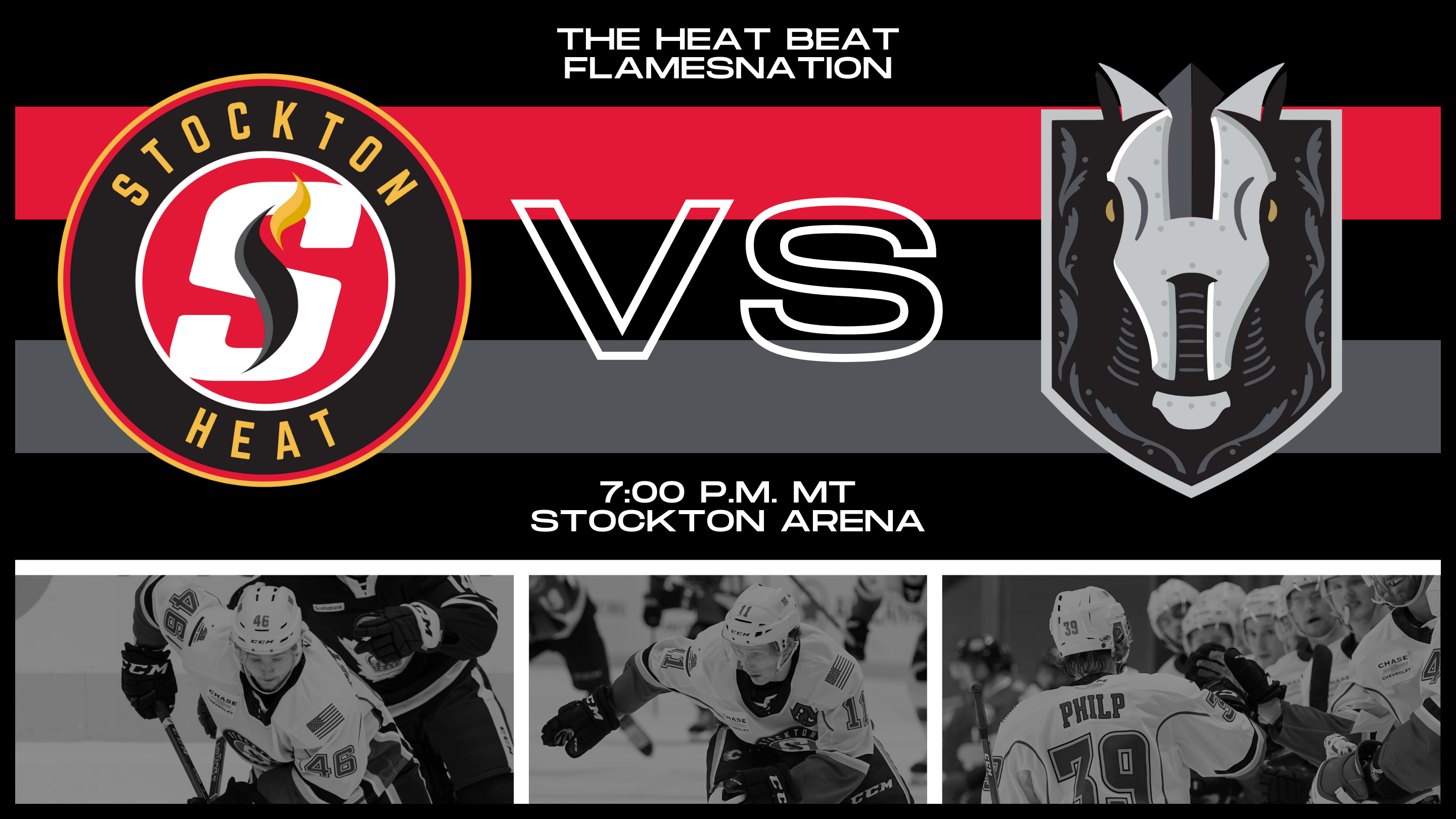 Photo credit: Graphic by Mike Gould
By Mike Gould
1 year ago
Comments
@Dustin Wolf will be in net for the Stockton Heat on Saturday when they look to extend their winning streak to 10 games against the visiting Henderson Silver Knights.
Stockton defeated Henderson in a shootout by a 3-2 score on Friday, with @Adam Ruzicka and @Jakob Pelletier scoring in regulation time before @Justin Kirkland netted the winner in the skills competition. @Adam Werner made 22 saves on 24 shots in the victory, improving to a perfect 4-0-0 on the season with a .922 save percentage.
Wolf isn’t quite undefeated on the year — he’s a mere 5-0-1 — but his .940 save percentage dwarfs Werner’s and ranks near the top of the American Hockey League. Here’s the complete list of AHL rookie goaltenders (min. 5 GP) with a better save percentage than Wolf:
Stockton captured its franchise-record ninth consecutive win on Friday, surpassing its previous longest winning streak of eight games (set in the 2020–21 season). The Heat now rank atop the entire American Hockey League with 19 points, although they still trail the 9-0-0 Utica Comets in points percentage.
Advertisement
Ad
Advertisement
Ad
At 5-4-2, Henderson currently ranks fourth in the AHL’s Pacific Division. The Silver Knights can jump into third place with a win over Stockton on Saturday.

Stockton — @Connor Mackey. Quite frankly, it’s unbelievable that Mackey didn’t score an overtime winner for his team at the end of Friday’s game against Henderson. Out for 3-on-3 play alongside @Matthew Phillips and @Jakob Pelletier, Mackey helped his team control the puck in the Knights’ end for a solid minute and peppered goaltender @Logan Thompson with chances. Mackey is still searching for his first goal of the season and it’ll come if he continues that relentless method of play.
Advertisement
Ad
Advertisement
Ad
Henderson — @Pavel Dorofeyev. Vegas’ first of two third-round picks in 2019, Dorofeyev has wasted no time in adjusting to North American hockey after spending his developmental years in Russia. The 21-year-old winger has a team-leading nine points in 11 games this year after netting nine goals in just 24 games with Henderson last season. Dorofeyev picked up a pair of assists in the setback to Stockton on Friday.

This game will be broadcast on AHL TV (subscription required) and on Spreaker (audio only), with the opening puck-drop set for 7:00 p.m. MT.
FlamesNation contributor Paige Siewert will provide live game updates on her Twitter account. Additionally, you’ll be able to follow along at TheAHL.com.