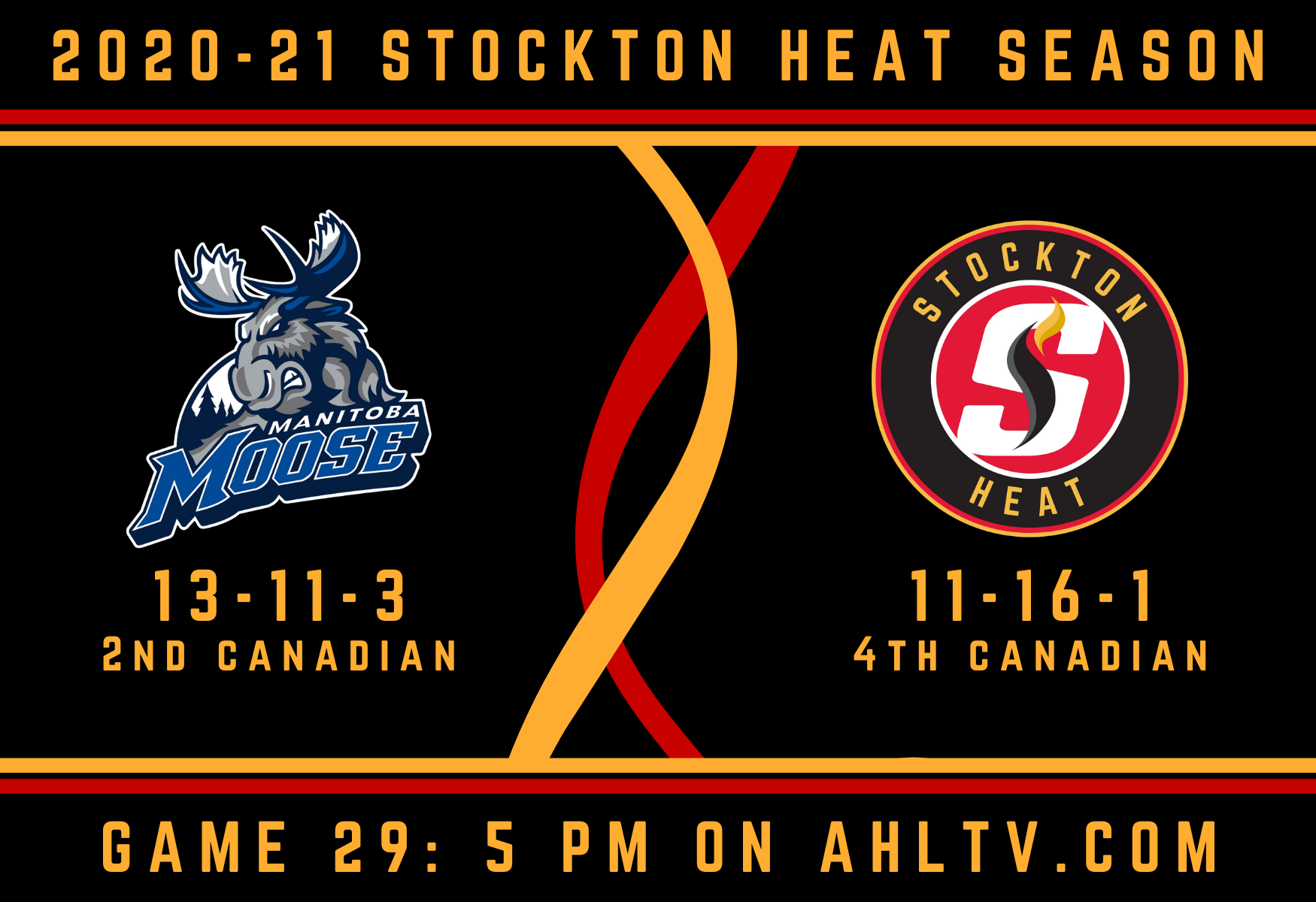 Photo credit: Graphic by Mike Gould
By Mike Gould
1 year ago
Comments
The Stockton Heat haven’t won back-to-back contests since Mar. 10 and 11, the final two dates of the team’s eight-game winning streak.
They’ll look to change that on Tuesday evening when they take on the Manitoba Moose for the fourth meeting of a five-game series.
The Heat won Monday afternoon’s clash in a shootout, with Adam Ruzicka scoring two points (plus a shootout goal) and goaltender Andrew Shortridge making 38 saves for his first win of the season.
Alexander Yelesin also scored for Stockton, which improved to 11-16-1 this season. Matthew Phillips sealed the victory with the shootout-winning goal.
Nathan Todd and Cole Maier added goals for Manitoba, which blew two one-goal leads en route to the shootout loss. Even with Stockton having lost 15 of its last 18 contests, Manitoba has just two more wins (13) than Stockton in one less game.

Stockton — Navrin Mutter. A 6’3″ winger with plenty of truculence, Mutter made his AHL debut on Monday and registered two shots against Moose goaltender Eric Comrie.
Mutter spent much of the game playing in Stockton’s top-six. He scored 20 points (eight goals and 12 assists) as a 19-year-old OHL player with the Hamilton Bulldogs in 2019-20.
Manitoba — Ville Heinola. The Winnipeg Jets’ first-round pick from the 2019 NHL Entry Draft, Heinola already has 10 NHL games under his belt and has scored five points (one goal, four assists) in the big leagues.
Advertisement
Ad
Advertisement
Ad
Heinola is relatively small for a defenseman, standing 5’11”, but he’s supremely skilled and is already capable of putting up points in North American professional hockey. The Honkajoki, Finland product has 11 points (four goals, seven assists) in 18 games with the Moose this year.