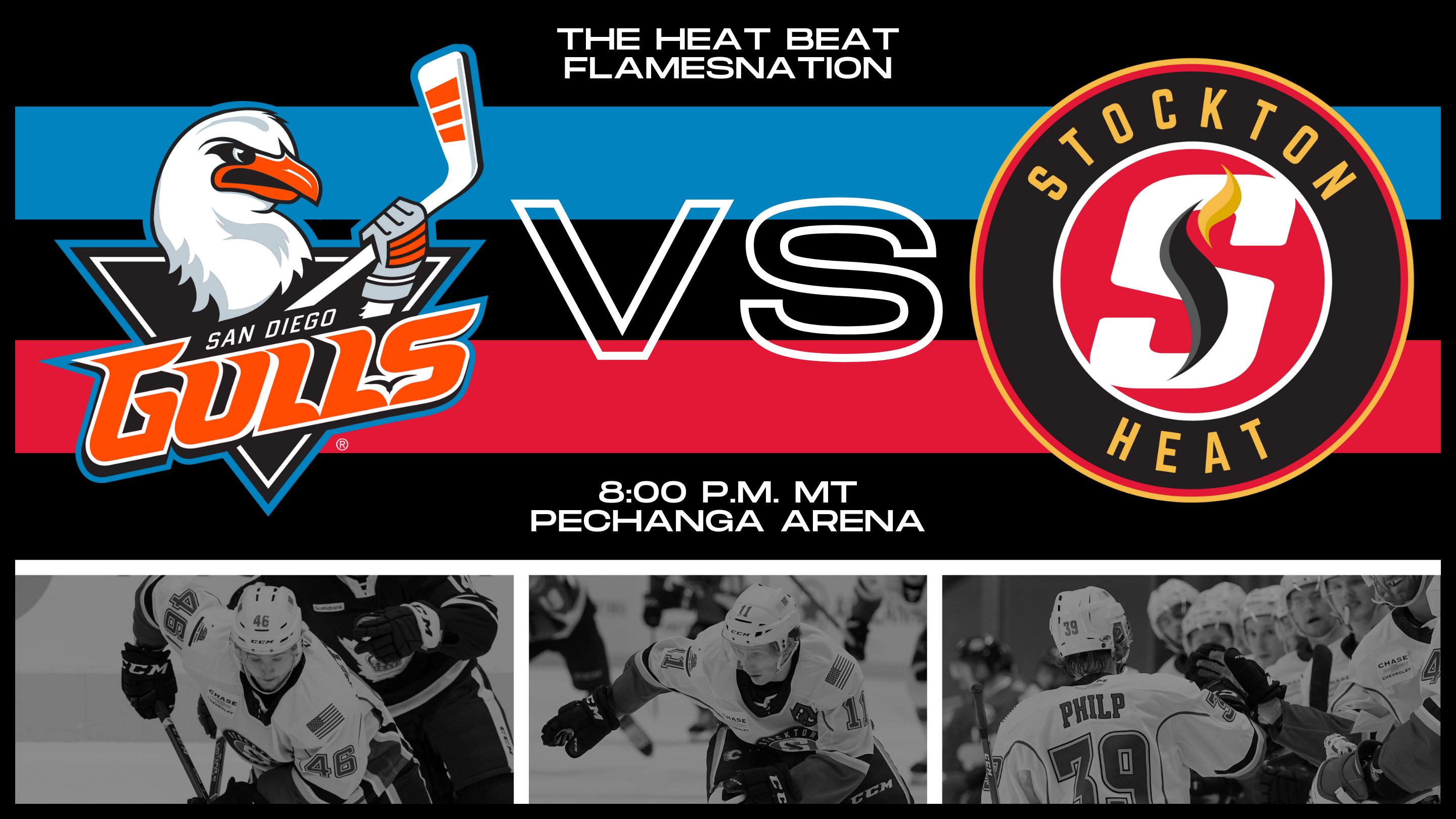 Photo credit: Graphic by Mike Gould
By Mike Gould
1 year ago
Comments
Led by the tremendous play by @Dustin Wolf between the pipes, the Stockton Heat are 1-0-1 to start the 2021–22 season.
Wolf backstopped the Heat to a 1-0 overtime loss in their season opener on Oct. 15 before making 32 saves in Stockton’s 3-2 win over the Tucson Roadrunners the following evening. Through his first two games of the season, Wolf has a sparkling .957 save percentage.
@Justin Kirkland, @Walker Duehr, and @Jakob Pelletier scored for Stockton on Oct. 16, with the latter two players picking up their first professional points in the game.
San Diego is 0-1-0 on the season, having lost its opener to the Ontario Reign by a 5-2 score on Oct. 16. @Vinni Lettieri and 2020 first-round pick @Jacob Perreault scored for the Gulls in the loss.

Stockton — @Justin Kirkland. Few would have predicted Kirkland would last until the last round of cuts in the Calgary Flames’ 2021 training camp. The big 25-year-old forward endeared himself to Flames head coach Darryl Sutter and could make his NHL debut with the team at some point this season. Kirkland notched Stockton’s first goal of the 2021–22 season, tipping an Adam Ruzicka shot past Tucson goaltender Josef Korenar in the second period of a 3-2 Heat win on Oct. 16.
Advertisement
Ad
Advertisement
Ad
San Diego — @Buddy Robinson. He’s back! Charles James “Buddy” Robinson III signed a one-year deal with the Anaheim Ducks in the offseason and is playing with the Gulls to start the year. The 6’6″ 30-year-old winger played 15 total games with the Flames over the 2019–20 and 2020–21 seasons, scoring just one point: a goal against the Edmonton Oilers. One of those 15 games came during the 2020 playoffs.

Buddy Robinson with a beautiful effort to pot one and get the Flames back within one!#Flames pic.twitter.com/L2XdYqVBKJ

This game will be broadcast on watchtheAHL.com (subscription required) and on Spreaker (audio only), with the opening puck-drop set for 8:00 pm MT. FlamesNation contributor Paige Siewert will provide live game updates on her Twitter account; additionally, you’ll be able to follow along at TheAHL.com.