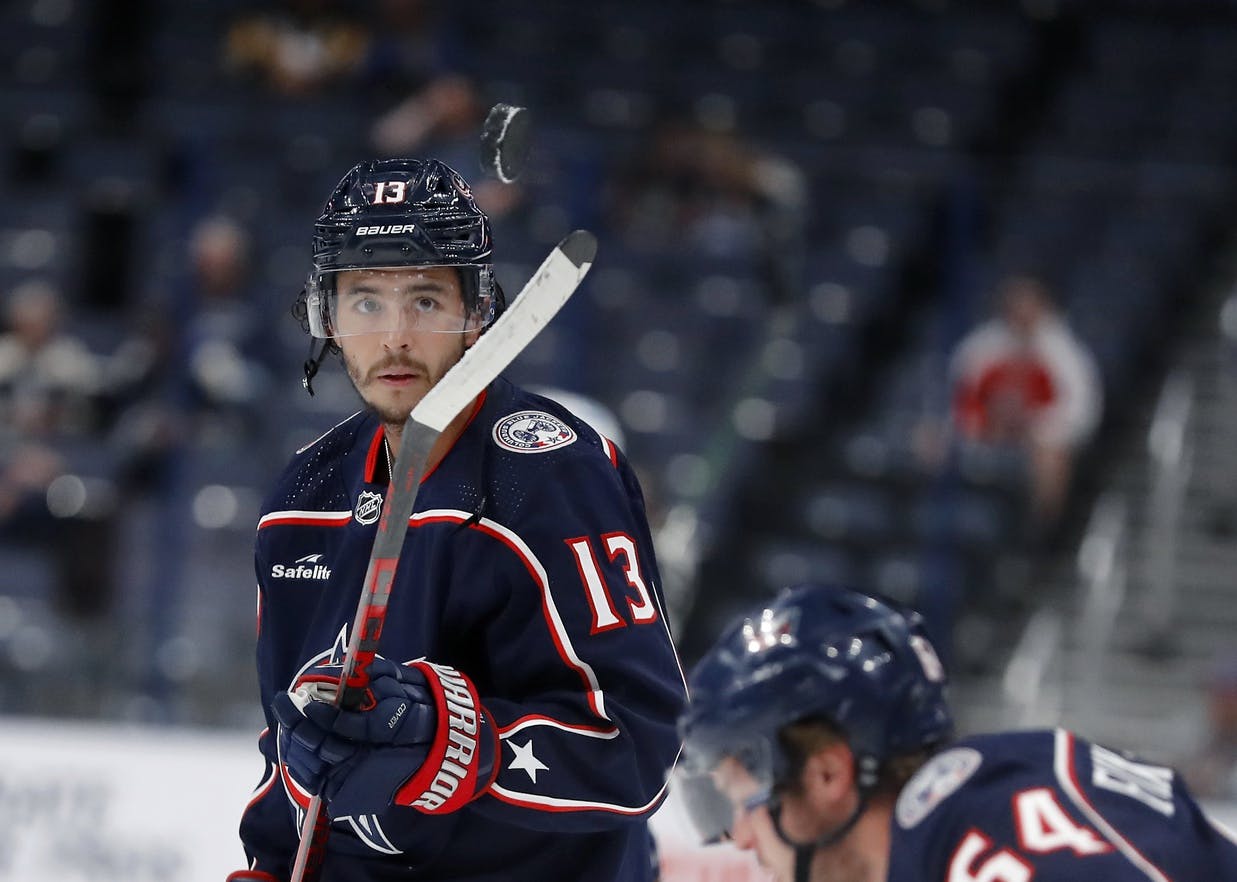 Photo credit: Joseph Maiorana-USA TODAY Sports
By Ryan Pike
2 days ago
Comments
The Columbus Blue Jackets are making their lone visit to Calgary of the season, and this time they brought a familiar face with them: former Calgary Flames winger Johnny Gaudreau, who signed in Ohio over the summer. There’s a good chance he’ll hear some boo-birds in the Saddledome crowd during Monday’s game.
Gaudreau’s new teammates tried to help him get used to it at morning skate, jokingly booing him briefly when he was trying to handle the puck.

Johnny Gaudreau hearing it from his teammates this morning as he skates back in the Saddleome for the first time as a Blue Jacket. 😂 pic.twitter.com/FNdplrId5d

Johnny Gaudreau on being booed by his teammates: “That was funny. I could barely stickhandle I was laughing so hard as I was coming up the ice.” #CBJ

Speaking to the media after practice, Gaudreau repeatedly praised the Flames organization and the fans for how well he was treated while he was a Flame. But he also acknowledged that, yeah, he’s probably gonna hear it from the Flames faithful during the game.
“They love their Flames,” noted Gaudreau. “But I’m not on the Flames anymore, I’m on the other team. So I get it.”
Gaudreau reflected on his time with the Flames during the morning media availability, noting that his big hug in the tunnel with Sean Monahan after his Game 7 overtime game-winning goal over Dallas in the 2022 playoffs was his favourite moment as a Flame.
Advertisement
Ad
Advertisement
Ad
The Flames host Gaudreau and the Blue Jackets for the only time this season on Monday night.