Advertisement
Ad
Quotable: the Flames lose to the Senators 5-1 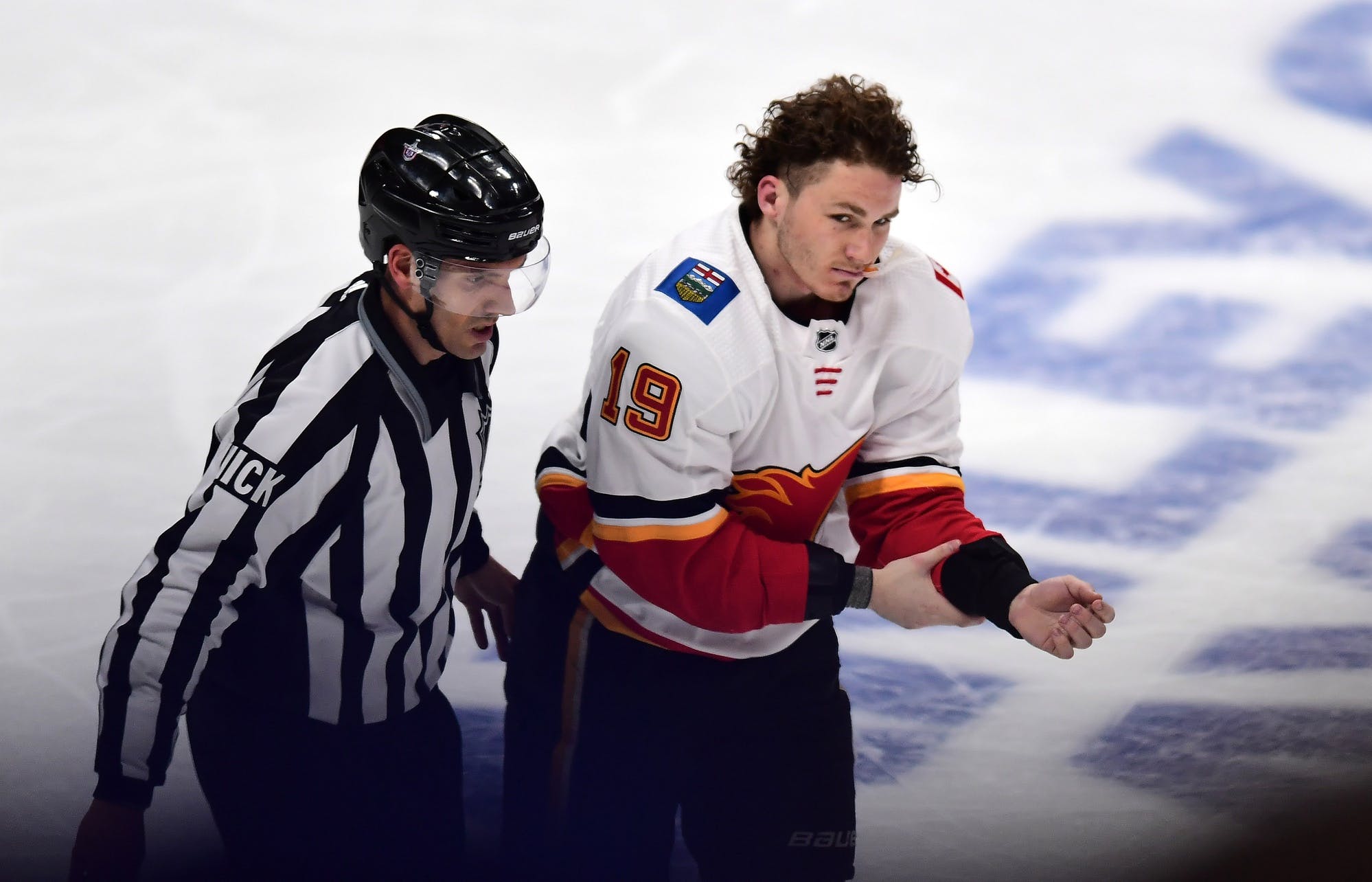 Photo credit: Ron Chenoy/USA Today Sports
By Ryan Pike
1 year ago
Comments
The Calgary Flames faced the Ottawa Senators at the Canadian Tire Centre on Monday for the third consecutive time. They couldn’t build on a solid first period and ended up leaving the capital region with a 5-1 loss to close out a six game road trip with just a pair of wins.
Here are some selected quotes from the post-game media addresses.

Via our pal Pat Steinberg, Lucic was fired up on the Sportsnet 960 The Fan post-game show:

“It’s unacceptable. You can’t have everyone show up on Saturday and then expect it to be easy tonight. I think that’s our problem right now…sometimes we want it to be too easy.” #Flames

One more from Lucic:

“It seems like…we just want it easy on a night to night basis. We don’t want to work hard like we did when this coaching staff took over last year. There’s more than enough people in this organization that need to look in the mirror.” #Flames

The Flames have played six games on this road trip. They went 2-3-1, with three blowout losses (7-1 to Edmonton, 6-1 and 5-1 to Ottawa), one tight-checking win (3-0 over Toronto), one blowout win (6-3 over Ottawa) and one tight overtime loss (2-1 to Toronto). Lindholm was asked about the team’s performance on the trip.

Not good enough. I think, you know, six games, obviously you want to be at least above .500 and we were below. Obviously not good enough.

Tkachuk was asked about the team’s challenges facing Ottawa, who sit in the basement of the (Scotia NHL) North Division:

Well, they’re probably the hardest working team, I think, we’ve played. And I think even they’ll tell you outside of Brady, Stutzle, Batherson, Norris, Chabot… they’re not going to out-skill these teams. Even they’ll tell you that.
But they’ll out-work you. And they did that to us tonight. They out-worked us and they out-smarted us. When I say that, I mean that they didn’t give us anything easy. We had to work for it. They weren’t turning it over it and giving us anything for free. They are a very hard-working team and a tough team to play against. We knew that, they’re very committed to playing for each other and I think after we beat them on Saturday we knew they were gonna come ready to play today.

Where’s this team at coming off this road trip?