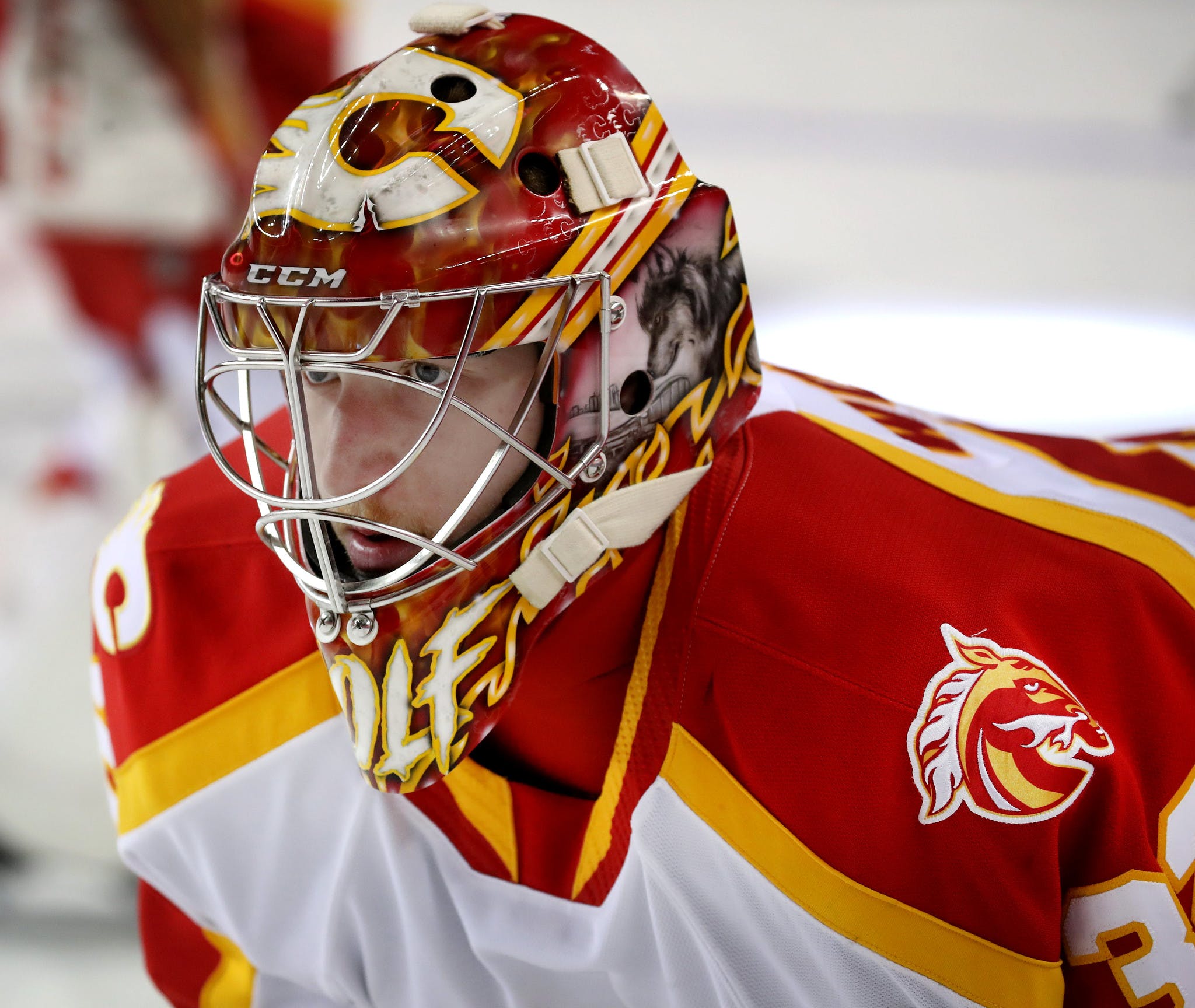 By Paige Siewert
1 month ago
Comments
The Calgary Wranglers resumed their play on Wednesday night after a brief break for Christmas. They hit the road to play the Bakersfield Condors for a two-game series. Their game on Wednesday brought the return of Nick DeSimone and Matthew Phillips from their NHL call-ups. Each had multi-point nights in the Wranglers’ massive 9-2 blowout win.

Bakersfield tried to get things started in this game when they appeared to score 4:11 into the period. It was originally called a goal on the ice but after further review, they found the puck actually hit the crossbar and bounced out instead of in.
This gave the Wranglers the opportunity to score first with a backhand power play goal by Emilio Pettersen. Assists went to Martin Pospisil and Nick DeSimone.

This was only the first of three Wranglers goals in the first but before they could score again, the Condors got on the board. Seth Griffith scored for Bakersfield on the power play 11:24 into the first period.
About a minute and a half later, Cole Schwindt scored his ninth of the year with a perfect tip-in. Assists went to Colton Poolman and Jeremie Poirier.
Advertisement
Ad
Advertisement
Ad

Jakob Pelletier kept things rolling a minute later with the third Wranglers goal of the period off a shot at an impossible angle. His marker was assisted by Matthew Phillips and Nicolas Meloche.

📹 Pelts stuffs it in! pic.twitter.com/LgaJUrfqzr

The Wranglers doubled up the Condors and them some with a 3-1 score after 20 minutes and Calgary out-shooting their opponents 14-6. The Condors looked to regain some control early in the second but it didn’t take them too far. Three minutes into the second, they scored their second of the night and it would be the last goal for the home team.
The Wranglers followed this goal up with another six goals going completed unanswered, four of which, took place in the second. First was Matthew Phillips in his first game back with the Wranglers. He scored 33 seconds after the Condors goal with Connor Zary and Jakob Pelletier assisting.
Advertisement
Ad
Advertisement
Ad

Next was Ben Jones on the power play 9:42 into the second period. Cole Schwindt and Martin Pospisil assisted.

Emilio Pettersen earned his second marker of the night 16:41 into the second period on a beautiful bar down goal. Jeremie Poirier and Adam Klapka both assisted.

Matthew Phillips snuck one more goal in before the end of the period on the power play with Nick DeSimone and Adam Klapka assisting.

At this point in the game, the Wranglers led 7-2 and still had over a whole period left to play. The Wranglers still held an edge in shots as well at 28-20. Condors starting goaltender, Olivier Rodrigue lasted up until this point but got the yank at the start of the third period. Ryan Fanti came in for the third period and didn’t have much more luck.
Advertisement
Ad
Advertisement
Ad
Walker Duehr scored next for the Wranglers 9:09 into the period with Emilio Pettersen and Ben Jones picking up the helpers.

📹 Duehr with the dangles! pic.twitter.com/RoprAtUs9A

Even at a score of 8-2, the Wranglers were not finished. Adam Klapka scored the eighth and final goal of the night 16:24 into the third. Emilio Pettersen assisted for his fourth point of the night and Clark Bishop also picked up an assist.

📹 Klapka cuts to the middle and snipes. 💪 pic.twitter.com/1wwI3JSRXb

Outside of the goal scoring there was also a lot of penalty action. 54 minutes of penalties were called on the Condors and 42 minutes were called on the Wranglers. Most of which involved, fighting majors, misconducts and roughing calls. Very, “Battle of Alberta,” like for their two affiliate teams.
Dustin Wolf picked up the win in the Wranglers’ 9-2 victory, stopping 26 of 28 shots. Matthew Phillips was awarded the first star of the night, Emilio Pettersen was awarded the second star and Jakob Pelletier was awarded the third star. This win put the Wranglers up to tied for first in the Pacific Division with the Coachella Valley Firebirds.
Advertisement
Ad
Advertisement
Ad

The Wranglers are now up to a 3-0 record in this season series and can carry the momentum into Friday’s game against the Condors. Puck drop is at 8:00 p.m. MT. You can catch this game on AHL.TV.