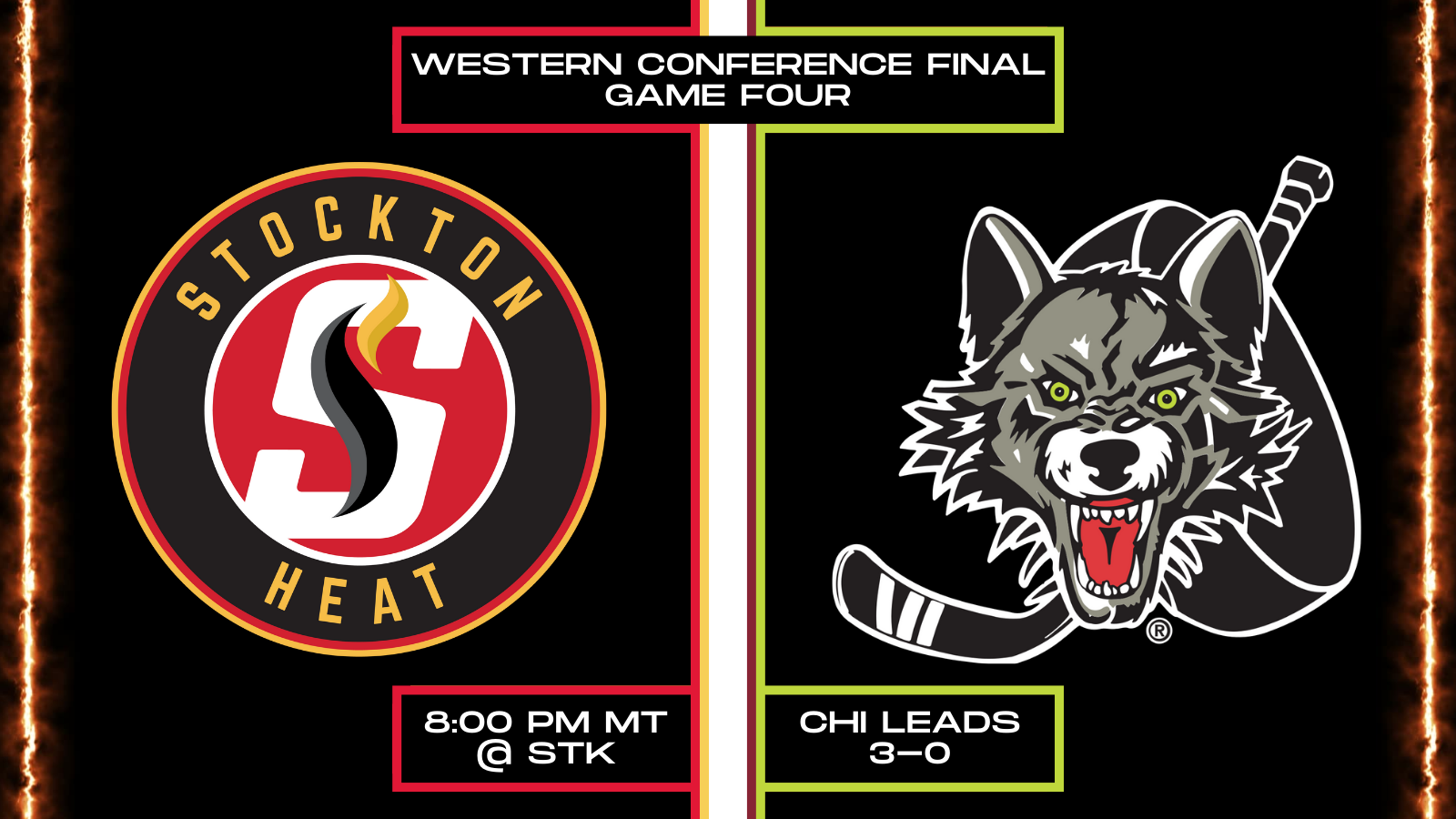 Photo credit: Graphic by Mike Gould
By Mike Gould
7 months ago
Comments
The Stockton Heat are on the brink of elimination for the first time in the 2022 Calder Cup Playoffs.
Down 3–0 to the Chicago Wolves in the Western Conference Final, the Heat will return to action on Friday night in what could be their last game at the Stockton Arena.
The Flames’ American Hockey League affiliate is set to relocate to Calgary for the 2022–23 season, leaving Stockton without a professional hockey team for the first time in more than 15 years.
The Heat have given their California fans plenty of reasons to cheer in their last go-round, posting a 45–16–7 record in the regular season before dispatching the Bakersfield Condors and Colorado Eagles from the playoffs with relative ease.
Stockton’s luck may have run out in this series against the Wolves, however. After losing two one-goal games in heartbreaking fashion to begin the Western Conference Final, the Heat couldn’t muster up a single goal in Wednesday’s Game 3.
Advertisement
Ad
Advertisement
Ad
So, here we are. The Heat need four more wins to capture the Western Conference Final. The Wolves need just one. Will Stockton make its last stand tonight?

Dustin Wolf did what he could in Stockton’s Game 3 loss to Chicago, stopping 27 of the 29 shots he faced on home ice.
Wolf has made numerous sharp saves all series long, including this breakaway save on Josh Leivo late in the second period of Game 2. Unfortunately, he just hasn’t quite gotten enough run support.

Game 4 in Stockton will be broadcast on AHL TV (subscription required) and on Spreaker (audio only), with the opening puck-drop set for 8:00 p.m. MT.
FlamesNation contributors Paige Siewert and Mike Gould will provide live game updates on Twitter. Additionally, you’ll be able to follow along at TheAHL.com.