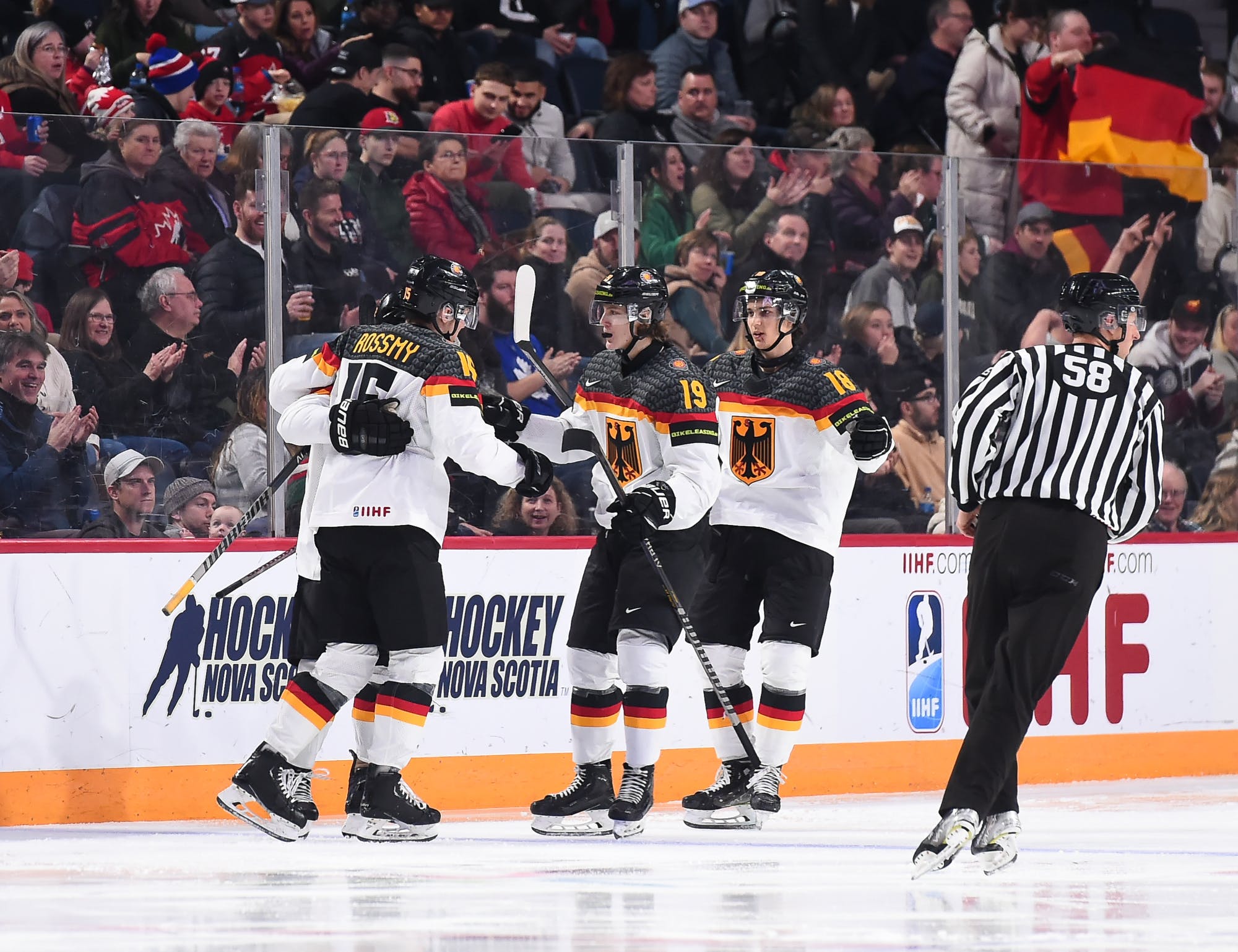 Photo credit: Matt Zambonin/IIHF
By Mike Gould
1 month ago
Comments
Day 5 at the 2023 IIHF World Junior Championship featured just two games, but they were both good ones.
Just two days after upsetting Team USA by a 6–3 score, the Slovaks went right back to work on Latvia and won again by a three-goal margin.
The Latvians put up a pretty good fight, actually controlling the shots on goal 28–26, but undrafted Slovakia netminder Adam Gajan stopped each and every shot he faced to post one of the biggest shutouts of his life.
Simon Nemec (NJ) and Filip Mesar (MTL) chipped in goals in the third period, but it was 2023 NHL Draft-eligible forward Alex Ciernik (who could join Nemec and Mesar as a first-rounder) who opened the scoring at the 17:52 mark of the opening frame with the goal that ultimately stood as the game-winner.
Latvia will now join Austria in the relegation round after this tournament. Germany punched its ticket to the quarterfinal with a 4–2 win over the Austrians on Friday afternoon.
Advertisement
Ad
Advertisement
Ad
It was a game featuring only three NHL prospects in total, and all three of them made an impact. German forward Julian Lutz (AZ) helped out with a pair of assists while goaltender Nikita Quapp (CAR) made 31 saves for the win.

Meanwhile, at the other end, Austrian attacker Vinzenz Rohrer (MTL) set up his team’s very first goal of the tournament, scored on the power play by Ian Scherzer at the 9:24 mark of the second period.
After waiting more than three whole games for Austria to find the back of the net, the crowd at Scotiabank Centre erupted into a frenzy when Scherzer finally struck.

Ian Scherzer!! Austria gets their first goal of the tournament!! #WorldJuniors pic.twitter.com/G0MZoKU5LD