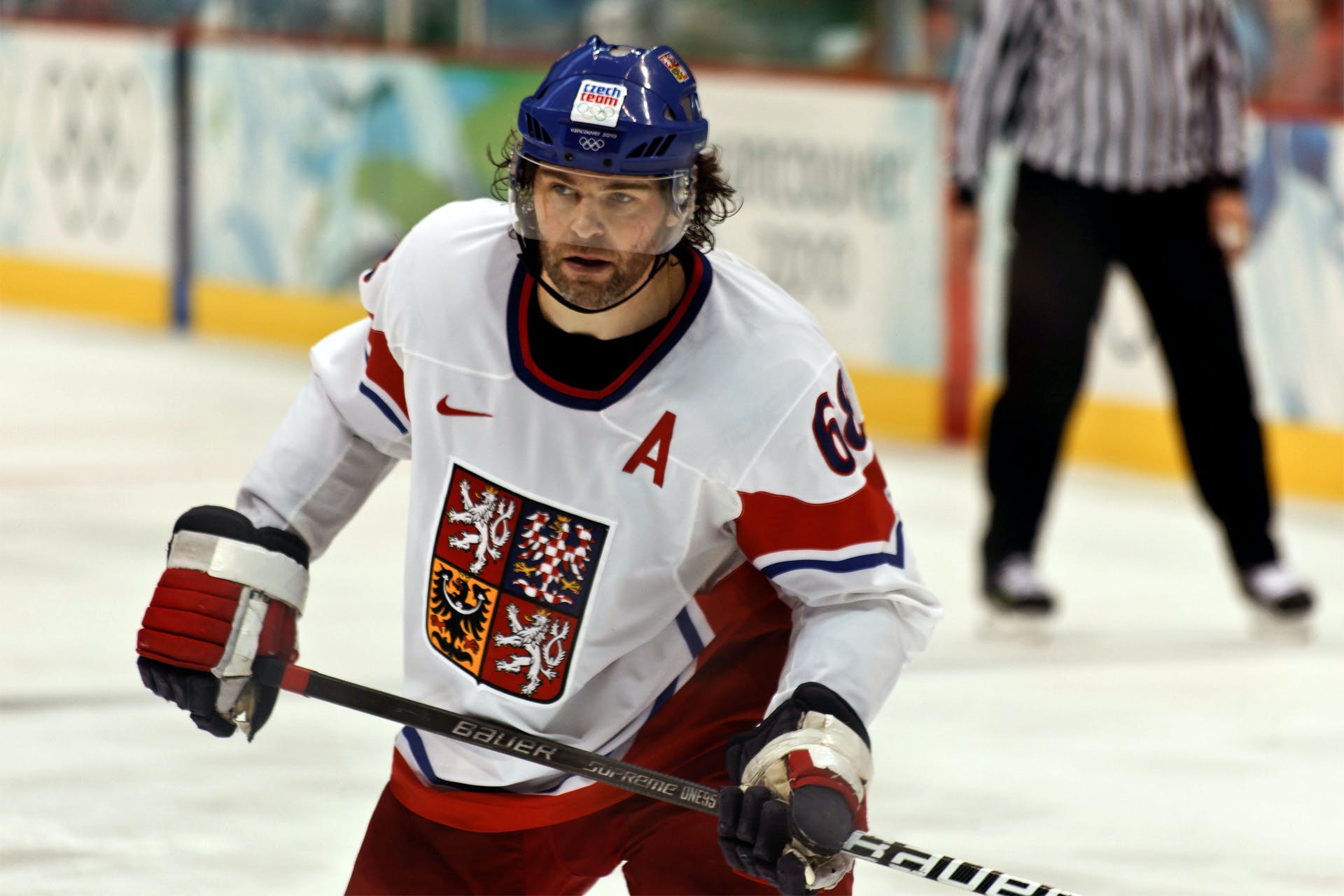 By Kent Wilson
5 years ago
Comments

It’s the middle of August and a couple of things still haven’t happened yet: the Calgary Flames haven’t bolstered their suspect winger depth and Jaromir Jagr hasn’t signed with an NHL team.

On the surface, it seems like a natural marriage. Calgary’s RW depth is particularly shallow and Jagr is looking to play at least one more season in the league before he retires to the Czech Republic. In reality, however, there are likely certain obstacles standing in the way of the two getting together.

The question is, are those issues insurmountable?

Let’s get this out of the way: it’s entirely possible that Jagr has no interest in playing in Calgary. It’s cold in the winter, we’re not a “global” city like New York, and there’s a lot of travel during the season. For now, we’ll assume his options are limited enough – and that his interest in sticking around the NHL is earnest enough – that Calgary is considered an option.

We’ll also establish that Jagr is still a quality hockey player, at least according to his results last year. He finished fourth in Panthers scoring with 46 points in 82 games, just eight back of team leader Vincent Trochek. The season before last, he scored 27 goals and 66 points.

In addition, all of Jagr’s underlying numbers were above average despite his advanced age:

As a result, Jagr projects as the kind of guy who could slide onto the third line without much issue:

How does this not make sense for all involved?

That said, here are the three considerations that may prevent any of us from buying an official Calgary Flames Jagr jersey this year:

Jagr is old and slow

His results remain above board, but there’s no fighting the fact that Jagr is 45 years old and not all that fleet of foot. This could be a problem from two angles:

The Flames still need to re-sign Sam Bennett and Brett Kulak. They have about $6M in cap space to work with, give or take, which will be a pretty tight fit. Bennett will likely settle in the $2.5-$3M range, leaving $2.5-3M for Jagr and Kulak combined. With almost no cap space left to manage things during the season.

Maybe Jagr is desperate enough to accept a cheap, bonus-ladened deal to help out? Then again, maybe not.

Room for the kids

As things currently stand, Calgary has maybe one spot on the team for a young player. Here’s how the depth chart settles out currently:

On the fringes, the Flames have Mark Jankowski and Spencer Foo pushing for a spot on the parent club, with other darkhorses including Hunter Shinkaruk and Andrew Mangiapane. Garnet Hathaway is also a guy who could battle for 13th forward duty.

If Calgary signs Jagr, however, it closes up any immediate opportunities for the organization’s hopefuls. Of course, injuries happen and can make for an impromptu chance for a kid to move up, but those gaps can be random and often short lived.

On the other hand, take a look at that depth chart again, and imagine what would happen if just one or two of the Flames’ top six wingers were injured for any length of time. Things get awfully thin in a hurry, so there is an argument to be made either way.

Jagr seems like he could be a cheap, capable solution to the Flames’ depth problem, but there are risks worth considering. Not only is the player relatively old and and slow, the Flames have a tenuous cap situation and kids pushing for promotion.

So what would you do? If you could sign Jagr and fit him under the Flames’ cap… would you?