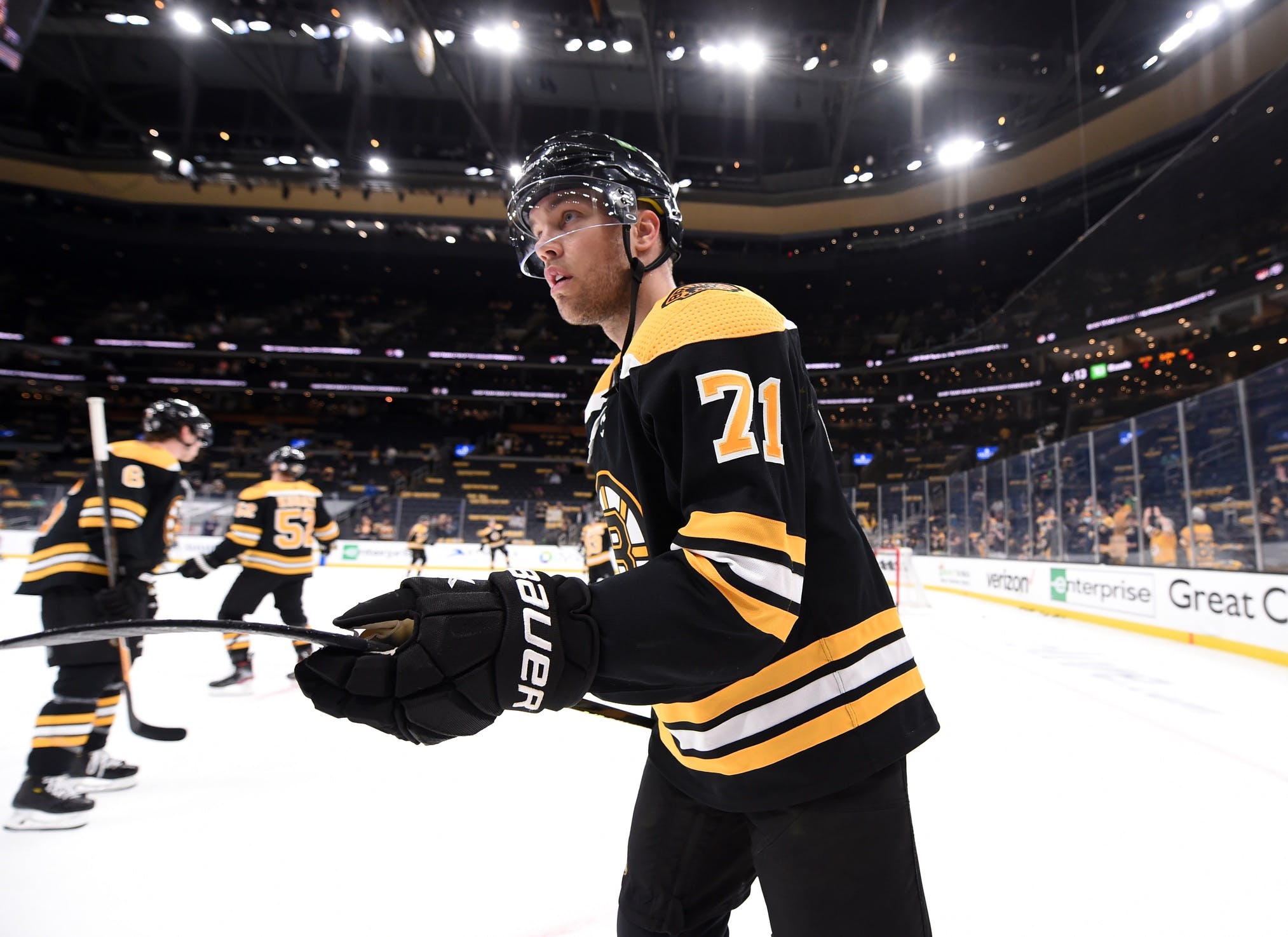 By Mike Gould
1 year ago
Welcome back to FlamesNation’s 2021 Flames UFA Targets series, in which our team of writers assesses some of the key players set to become unrestricted free agents on July 28, 2021.
In the 2020 offseason, Taylor Hall was widely considered one of the best players available on the unrestricted free agent market.
Nearly one year later, Hall is again a pending UFA coming off a season where he played for two teams (and looked much better after being traded). While there have been rumours about Hall potentially signing an extension with the Boston Bruins, the Calgary-born winger remains unsigned for the 2021–22 campaign.

Taylor Hall
Born Nov. 14, 1991 (29 years old)
Left-handed left wing
6’1″, 206 pounds
Previous contract: one year, $8 million AAV
Remember the “Taylor or Tyler” debate? The Edmonton Oilers had their choice of either Hall or Seguin with the first pick in the 2010 NHL Entry Draft; ultimately, they chose the winger who played much of his minor hockey three hours down Highway 2.
Hall spent the first six years of his career with the Oilers, scoring 328 points in 381 games and thrice earning end-of-season all-star votes before being traded to the New Jersey Devils in 2016.
After a solid first year in Newark, Hall exploded for 39 goals and 93 points in 76 games during the 2017–18 campaign and won the Hart Trophy. He almost single-handedly dragged the Devils to the playoffs and scored six points in New Jersey’s five-game loss to Tampa Bay in the first round.
Hall missed most of the 2018–19 season with a knee injury but played well when healthy, again averaging more than a point per game. The following year, with Hall in the final season of the seven-year contract he signed with the Oilers in 2012, New Jersey dealt the former MVP to the playoff-bound Arizona Coyotes.
Once again, Hall helped his new team clinch its first postseason berth since 2012. After scoring 10 goals and 27 points in 35 regular-season games with Arizona, Hall contributed four points in the Coyotes’ four-game win over the Nashville Predators in the qualifying round. He was held to just two points (one goal, one assist) in Arizona’s subsequent five-game loss to the Colorado Avalanche.
A free agent from the Coyotes, Hall elected to sign a one-year deal with the Buffalo Sabres worth $8 million. His tenure in upstate New York lasted just 37 unproductive games before he was shipped off to the Boston Bruins at the 2021 trade deadline.
Hall found new life in Massachusetts, quadrupling his two-goal output with the Sabres in just 16 games. Despite playing a slightly reduced role on a stacked Bruins team, Hall experienced a massive offensive resurgence and drove play at an elite level.
In June, Bruins beat writer Joe Haggerty reported Hall is seeking the best fit rather than the most money on his next contract. Evolving-Hockey projects Hall’s next deal as most likely carrying an annual average value of $7.321 million over seven years.

Hall is one of the best shooters in the NHL. He effectively generates quality shots in massive quantities and has amassed 228 goals in just 680 NHL games.
Very few NHL players are capable of boosting a power play as Hall can. Since he entered the league in 2010–11, Hall ranks 29th in the NHL with 66 goals on the man-advantage and 37th with 171 power play points.
Over the same span, Hall ranks 15th in the NHL with 2,238 shots on goal and tied for 27th (among players with a minimum of 50 GP) with 0.88 points per game.
A selection of Taylor Hall’s play-driving figures in the NHL (data from Natural Stat Trick, all 5v5)
Note: In the second-last column, a positive number indicates Hall’s team had better offensive results with him on the ice than without him. In the last column on the right, a negative number indicates Hall’s team allowed fewer chances with him on the ice than without him.
Hall has always been an extremely beneficial offensive presence, having posted very positive relative expected goals for-per-60 figures in every season of his career (yes, even in his stint with the Sabres).
What happened in Buffalo, exactly? Hall scored just two goals and 19 points in 37 games with the Sabres despite averaging 18:41 of ice-time per game.
It certainly didn’t help that Hall had to deal with the worst shooting luck of his career and some of the most porous goaltending in the NHL. The Sabres scored on just 6.37% of their shots during Hall’s shifts at 5-on-5, with Hall individually converting at a dismal 2.27% rate; Buffalo’s netminders posted an .894 save percentage with Hall on the ice at even-strength.
Unsurprisingly, Hall immediately returned to his usual form after he departed the last-place Sabres for the contending Bruins. He immediately started shooting more, scoring on 16.67% of the 48 shots he took in his 18 games with Boston. Hall’s 10.71 on-ice shooting percentage at 5-on-5 with the Bruins was the highest of his career, as was his mind-boggling 98.65 on-ice save percentage.
Boston outscored its opponents 15-1 with Hall on the ice at 5-on-5. That’s unlikely to happen again, particularly over a larger sample of games, but Hall’s “normal” certainly looks a lot more like his tenure with the Bruins instead of what he showed in Buffalo.
According to Evolving-Hockey, Hall has been worth a total of 112.2 goals above replacement in his career and has contributed $70.4 million of on-ice value compared to his $52.7 million in total earnings.
He’s one of the most impactful wingers in the league and is projected by Evolving-Hockey to contribute 7.7 goals above replacement in 2021–22 (tied with Zach Werenski, Nick Suzuki, and Ryan Pulock for 67th in the NHL) to whichever team signs him in the upcoming free agency period.
Hall would instantly make the Flames a much stronger team. Whether they can afford him — or if he has any interest in joining the Flames — remains to be seen.