Anatomy of a streak: looking back at five Flames winning streaks 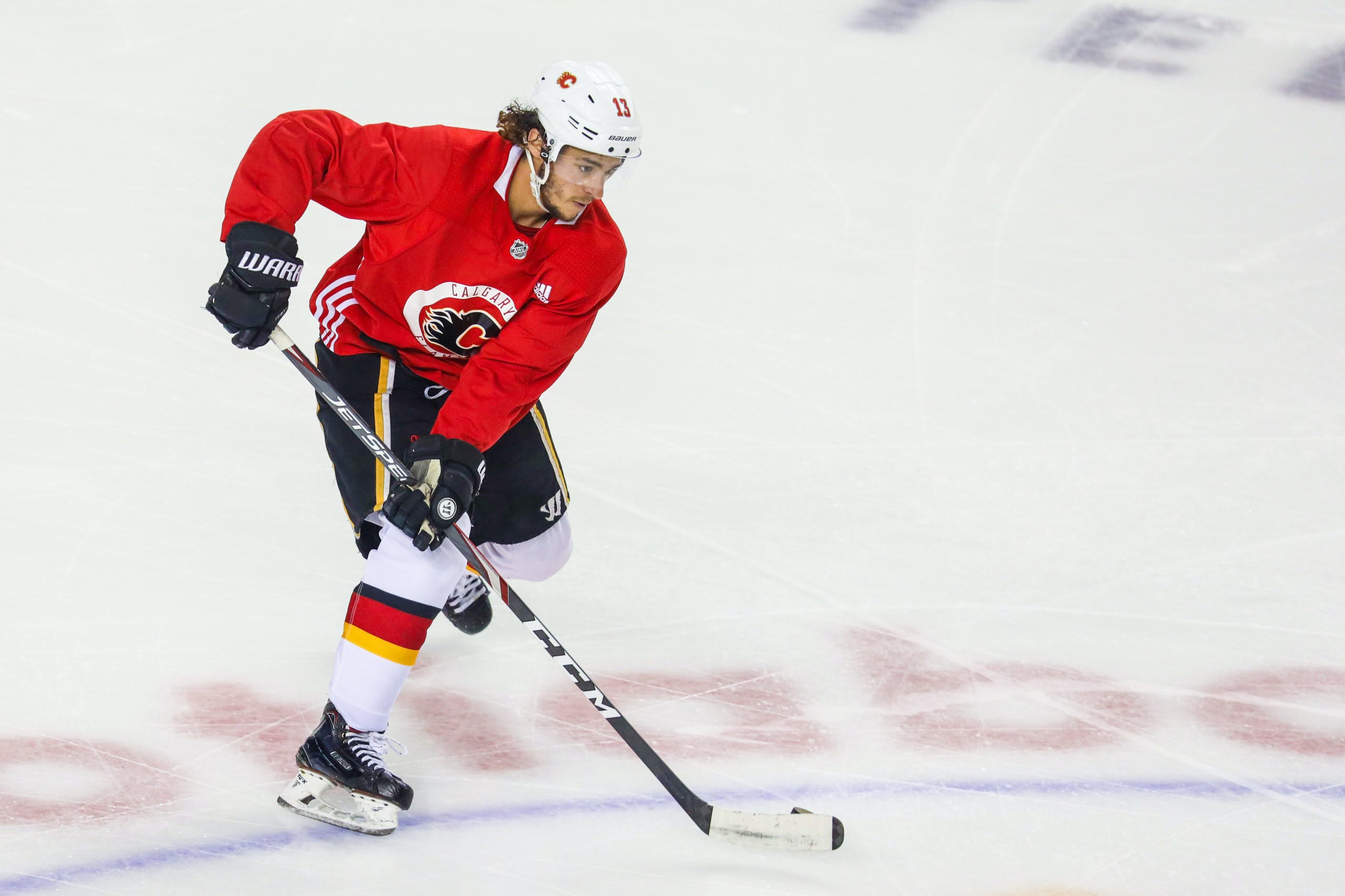 By Ryan Pike
11 months ago
As Family Day long weekend begins in Alberta, the Calgary Flames are the National Hockey League’s hottest outfit. Winners of nine of their last 10 outings, they’ve also won eight consecutive games. That eight game tear puts them in rarefied air: only five previous times in the 49 season history of the franchise has a squad won eight (or more) dates in a row.
Here’s a quick snapshot of the previous five.

After registering ties in their first two games of the 1978-79 season, Atlanta went on a run, rattling off 10 consecutive Ws. The rest of their season was fairly meh, as the team went 31-39-6 the rest of the way. They made the playoffs but were swept by the Toronto Maple Leafs in the best-of-three preliminary round.
The Flames out-scored their opponents 55-23 (5.5-2.3 per game) during the streak, with four players scoring at a per-per-game (or better) pace in that span: Guy Chouinard (17), Bob MacMillan (17), Tom Lysiak (16) and Eric Vail (12). Dan Bouchard played every minute of the streak and registered all 10 wins (but only two shutouts).

Roughly midway through the season, and already sitting 22 games above .500, the Flames went on a mid-season run in 1988-89 with eight straight wins. They won two out of three games the remainder of the season and ended up having a good playoffs, too, capturing the Stanley Cup.
The Flames out-scored their opponents 38-20 (4.8-2.5 per game), with six players scoring at a point-per-game (or better) pace: Hakan Loob (12), Doug Gilmour (11), Joe Mullen (10), Gary Suter (10), Al MacInnis (9) and Theo Fleury (7). Mike Vernon played five games, backup Rick Wamsley played three.

13 games into the first post-lockout season, Darryl Sutter’s Flames went on a run. They won eight straight and it set them off on a very nice clip, helping set the standard and pacing them to a division crown. They ended up losing in seven games to Anaheim in the first round, though.
The Flames out-scored their opponents 25-13 (3.1-1.6 per game), with just three players scoring at a point-per-game (or better) pace: Jarome Iginla (12), Dion Phaneuf (8) and Steven Reinprecht (8). Miikka Kiprusoff won seven starts, with Philippe Sauve getting the other one.

The most recent long win streak tied the 1978 streak for the club’s longest at 10 games. Coming roughly two-thirds through the season, the Flames rattled off 10 wins and then went 6-7-0 the rest of the way. They made the playoffs, but were swept by Anaheim in the first round.
The Flames out-scored their opponents 37-18 (3.7-1.8 per game) and had just three players scoring at the point-per-game (or better) pace: Johnny Gaudreau (14), Sean Monahan (11) and Dougie Hamilton (10). Brian Elliott had nine of the wins, with Chad Johnson notching the other one.

To avoid poking at the current streak too much, let’s just point out two interesting aspects of it:
The team’s combined defensive stinginess and their scoring prowess both seem like very good signs.