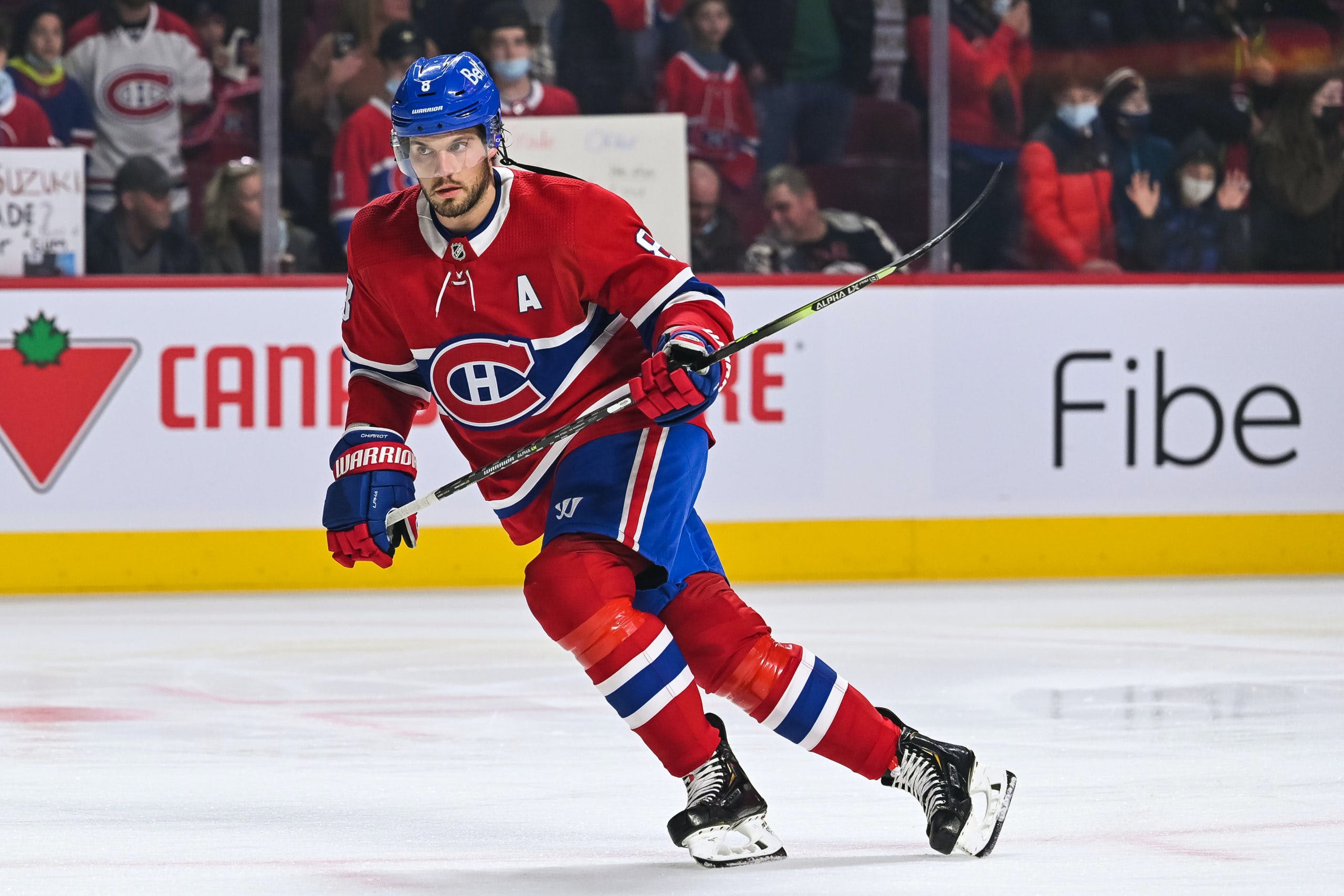 By Mike Gould
1 year ago
The Calgary Flames reportedly have their sights on acquiring another defenceman.
According to Elliotte Friedman in the Jan. 25 edition of his weekly “32 Thoughts” column, the Flames are among the teams interested in potentially acquiring the services of Montreal Canadiens defenceman @Ben Chiarot.

2. With that in mind, the last time Ben Chiarot was a free agent, Toronto was very interested. It couldn’t work at the time, but it’s something to remember. Calgary, Florida and St. Louis are among the other parties looking into him.

Chiarot, 30, is a 6’3″, 234-pound left-handed defender who has the rest of this season remaining on the three-year, $3.5 million-AAV contract he signed with Montreal back in 2019.
In 38 games with the Canadiens this season, Chiarot has five goals and three assists while averaging a career-high 23:20 per game.
According to Evolving-Hockey’s goals above replacement (GAR) model, Chiarot has been the single least valuable player in the National Hockey League this season. His -9.3 total GAR sinks far below his nearest competitor, Detroit Red Wings defenceman @Nick Leddy (-7.1).
The Flames currently have the following professional defencemen signed to NHL contracts for the 2021–22 season: @Chris Tanev, @Oliver Kylington, @Noah Hanifin, @Rasmus Andersson, @Nikita Zadorov, @Erik Gudbranson, @Michael Stone, @Connor Mackey, @Juuso Valimaki, @Kevin Gravel, @Andy Welinski, @Nick DeSimone, @Johannes Kinnvall, @Colton Poolman, and @Ilya Solovyov.
This NHL season’s trade deadline will pass on Mar. 21, 2022.
Uncategorized
Recent articles from Mike Gould