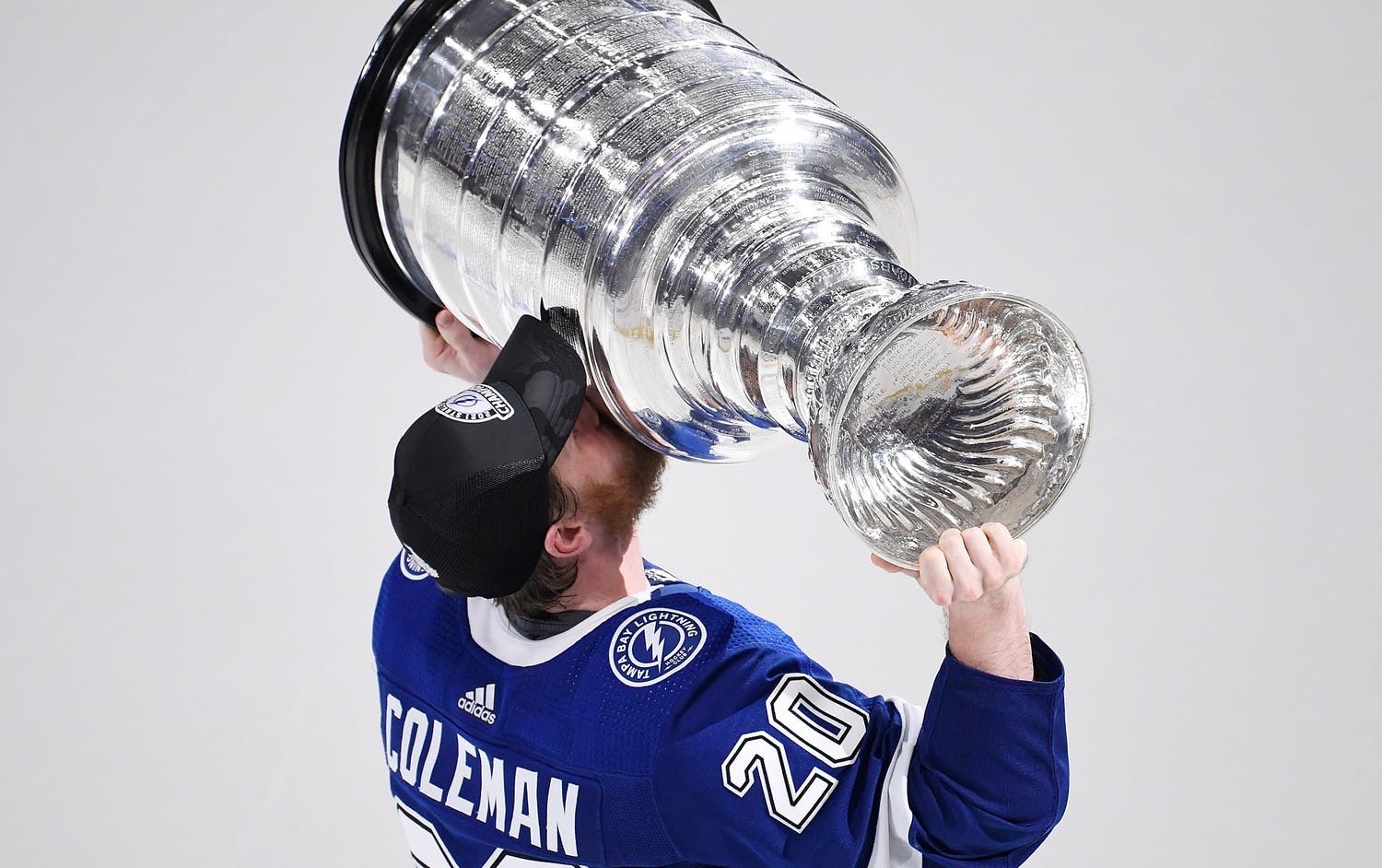 By Ryan Pike
10 months ago
Calgary Flames forward Blake Coleman is no stranger to the post-season. The winger was signed by the Flames during the most recent off-season after capturing back-to-back Stanley Cup championships as a member of the Tampa Bay Lightning. For their part, the Flames are setting themselves up rather well for a post-season run as they sit comfortably in first place in the Pacific Division.
After Monday’s morning skate, Coleman was asked about the team’s recent run in first place and how they approach their goals for the season. He didn’t hold back, and provided some appropriate context for the team’s primary aim.
Here’s Coleman’s answer:

I think the parity in hockey’s pretty obvious. It’s not like a first seed is going on to win the Stanley Cup all the time or very frequently even. So, the biggest thing is to get into the playoffs. I think that’s the number one objective for any team going into the season, and it’s no different for us.
I don’t think we want to be sitting there in the last week of the season trying to play our way in, i think we want to be cemented in by that point. That just means we’ve got to continue to win games right now. If we win the division, great. But our goal isn’t to win the division, it’s to bring a Cup to Calgary.

The Flames face the Edmonton Oilers on Monday night in the latest edition of the Battle of Alberta. They open play on Monday four points ahead of the Los Angeles Kings for first place in the Pacific Division with three games in hand.