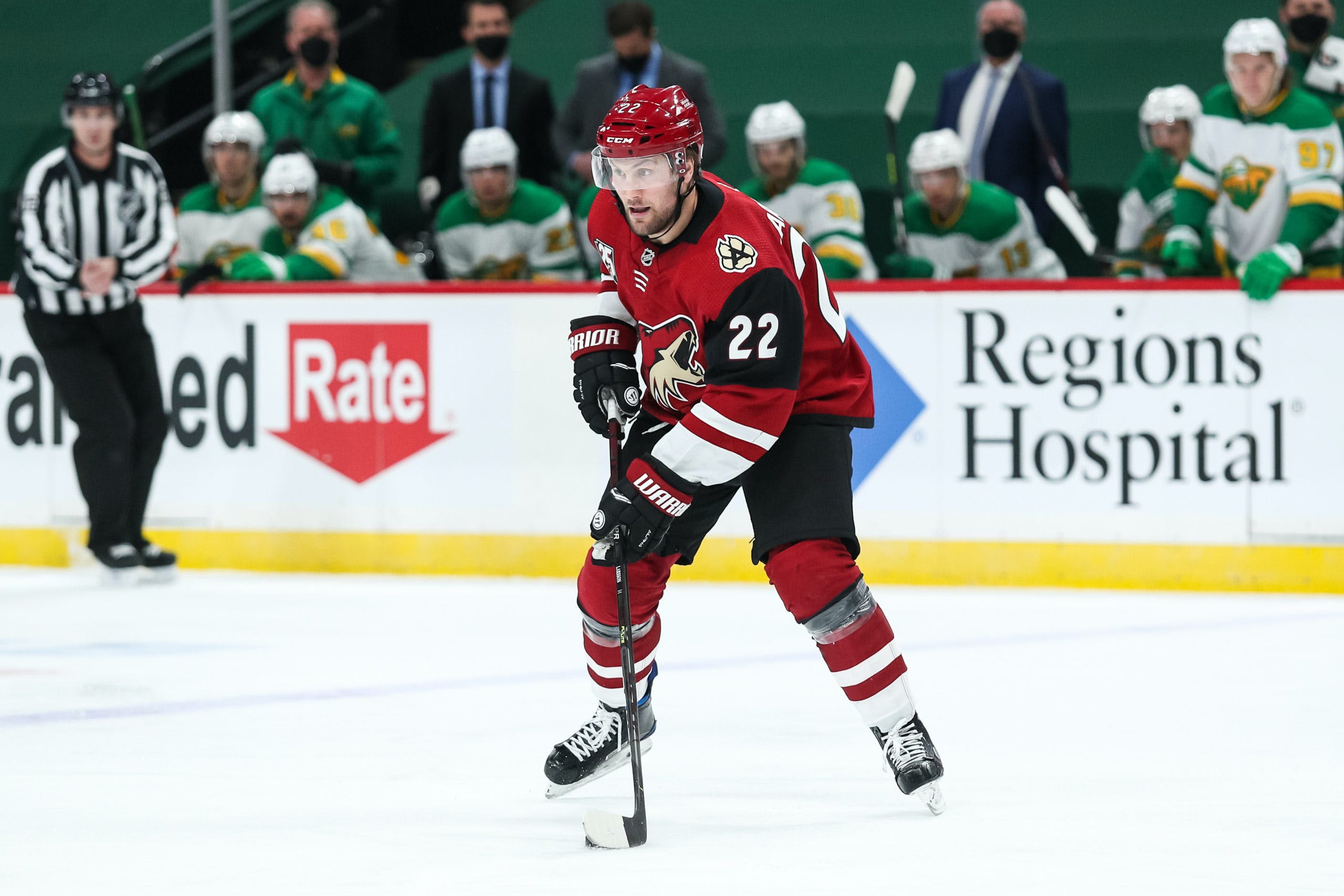 By Mike Gould
9 months ago
Everybody needs a little insurance — even the Calgary Flames, one of the top teams in the National Hockey League.
With excellent coaching, strong goaltending, potent offence, and a defensive corps that has greatly exceededed expectations, the Flames have everything an aspiring Stanley Cup contender might need.
Well, almost everything. Even after acquiring @Tyler Toffoli from the Montreal Canadiens, the Calgary Flames’ forward depth still leaves a little to be desired.
Make no mistake: Calgary now boasts a formidable (and versatile) bottom-nine up front. Toffoli, @Blake Coleman, @Andrew Mangiapane, and @Milan Lucic give the Flames enviable middle-six winger depth. @Dillon Dube also looks to be coming around.
@Mikael Backlund, @Sean Monahan, and @Adam Ruzicka are all capable NHL centres who fit in nicely on their respective lines. @Trevor Lewis is a decent penalty killer (and trusted by Darryl Sutter), even if his five-on-five results don’t always inspire confidence.
The majority of Calgary’s regular players have been lucky enough to avoid major injuries this season. As a result, the team’s depth has yet to be tested to the extent of their counterparts around the league.
The Flames would be smart to try and upgrade their forward depth before the games become more meaningful (and hazardous). As of right now, the Flames’ “next men up” in case of an injury would likely be @Brett Ritchie, @Brad Richardson, and @Byron Froese.
With all due respect to those players, the Flames could still use one or two more cost-effecive depth forwards as they gear up for the postseason. Ideally, the Flames might add somebody to compete with Lewis (or take over entirely from him) as an upgrade for the fourth line.
Here are three players who the Flames could target to strengthen and add versatility to their forward group.

A 29-year-old Swede who plays with equal amounts of skill and grit, Larsson is a left-shot forward capable of playing centre or wing. He’s in the final season of the two-year, $1.4 million-AAV contract he signed with the Arizona Coyotes in 2020.
Prior to joining the ‘Yotes, Larsson spent parts of seven seasons as a dependable bottom-sixer with the Buffalo Sabres. He’s a strong defensive forward who’s usually good for anywhere between six to 10 goals in a season, although he already has 15 points (six goals, nine assists) in just 29 games with the Coyotes in 2021–22.
Under new Coyotes head coach Andre Tourigny, Larsson has averaged a career-high 17:52 per game (including deployment on both special teams). He’s also dropped the gloves four times in 81 games since signing in Arizona.
Sportsnet’s Elliotte Friedman mentioned Larsson in his most recent 32 Thoughts column as a player thought to be involved in ongoing trade discussions.
One issue: Larsson is currently recovering from sports hernia surgery and might not return to action until early April. Still, he’s a very useful player when healthy and he’d fit perfectly into Calgary’s existing bottom-six scheme. He could be to the 2022 Flames what Marcus Nilson was to the 2004 iteration of the club.
While ideally cast as a depth forward, Larsson’s skillset is such that he can fill in on a middle-six line if necessary. It’s also possible that him being out of the lineup for the time being reduces what it would cost for Calgary to acquire him in a trade.

We’ll keep this one brief, as FlamesNation managing editor Ryan Pike already went over the appeal of Jarnkrok as a target earlier this week.
Like Larsson, Jarnkrok is a highly versatile and skilled forward on an appealing contract. The 30-year-old Swede shoots right and has been a productive two-way forward throughout his tenures with the Nashville Predators and Seattle Kraken.
Jarnkrok currently ranks eighth on the Kraken with 19 points (nine goals, 10 assists) in 38 games this season. He’s in the final season of the extremely reasonable six-year, $2 million-AAV contract he signed with the Predators back in 2016.
Naturally a centre, Jarnkrok has spent much of the 2021–22 season playing on the wing for the Kraken. While his underlying results have been a little weaker this year than in his time with the Predators, Jarnkrok has still been a positively impactful defensive presence (as usual) in Seattle.
Jarnkrok would likely cost a little more to acquire than Larsson. He has four 30-point NHL seasons to his name (Larsson’s career-high is 18) and he also has 63 games of playoff experience (owing to his time in Buffalo and Arizona, Larsson has zero). He’d be a luxury for the Flames, but he might be just the piece they need to roll four playoff-worthy lines.

Didn’t see this one coming, did you?
Parise is a veteran of 1,104 regular-season NHL games in New Jersey, Minnesota, and on Long Island. He made it to the 2012 Stanley Cup Final with the Devils, leading the league with eight goals and 87 shots in 24 post-season games but ultimately losing to Darryl Sutter’s Kings.
At age 37, Parise might very well be on his last legs. He’s signed for this season at $750,000, the current league-minimum salary (albeit with up to $750,000 in potential performance bonuses). Through 44 games with the Islanders, Parise has four goals and 15 points.
And yet … Parise might still have some gas in the tank. While his production has decreased in his time on a bad Islanders team, his underlying results have remained strong at both ends of the rink. He’s earned praise from fans and media alike as a bright spot in an otherwise disapponting year for the Islanders.
Parise is what The Athletic writer Down Goes Brown would call an “Old Guy Without a Cup” (OGWAC). He’s a former star who has embraced his new identity as a role player in his 17th NHL season.
Who knows how many more years Parise has ahead of him in his playing career? The Islanders aren’t going anywhere right now. If Parise wants to win a Cup, playing for a Flames team led by the coach who beat his Devils for a championship a decade ago might be an enticing opportunity.
Parise does not have any trade protection on his current contract, meaning the Islanders would be able to trade him anywhere without his consent. With that being said, Lou Lamoriello has long been attached to Parise — he drafted him back in 2003 — and it wouldn’t be surprising if they at least discussed potential destinations prior to the deadline (assuming the Islanders elect to sell).
Would the Flames be interested in Parise? It’s hard to see why not. He’s been around the block, he can still make a positive impact on the ice, and he’d be easy to fit under the cap for this season.
If all parties involved are willing to make such a move happen, Parise could be a perfect fit in the Flames’ bottom six.