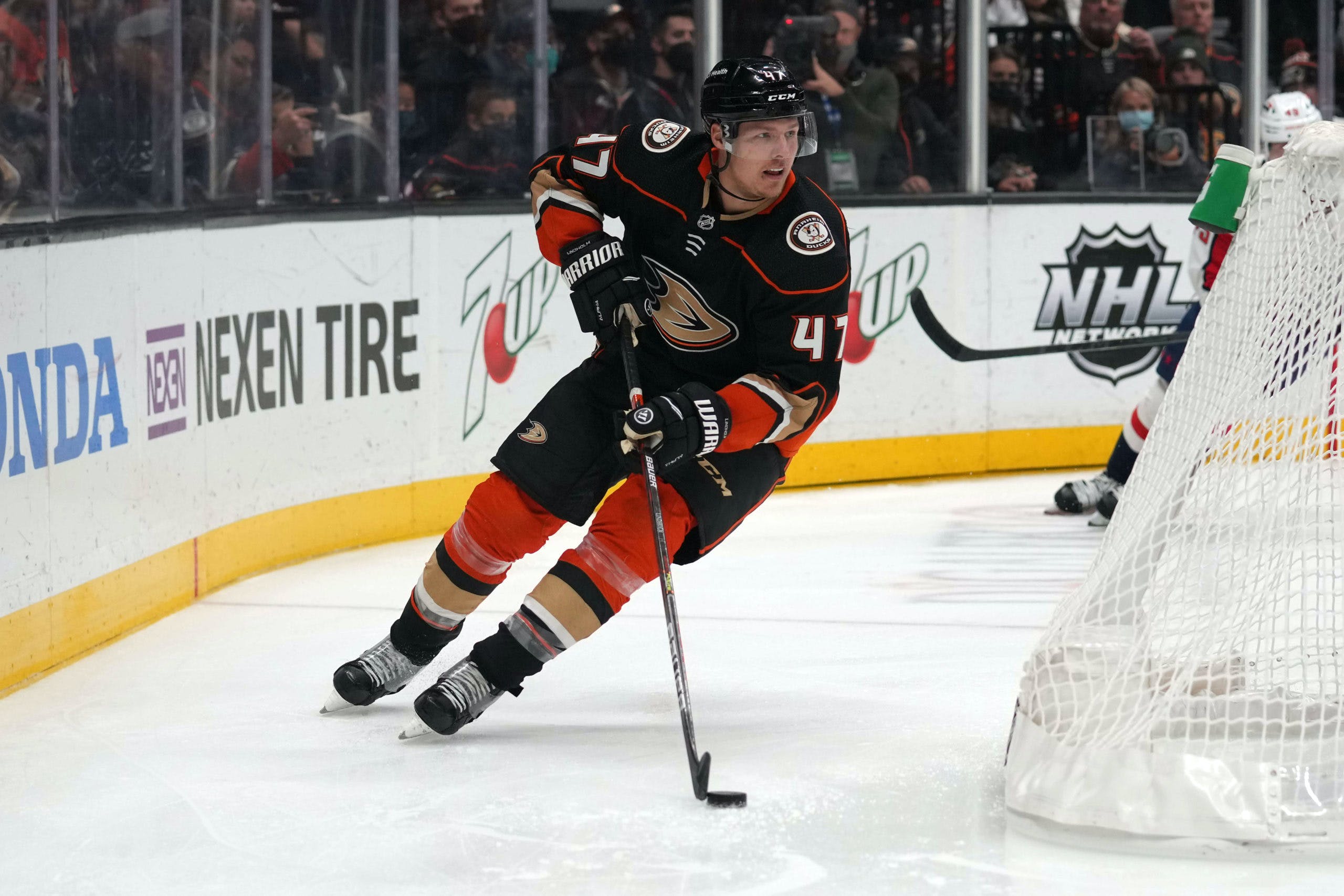 By Mike Gould
8 months ago
Sportsnet hockey insider Elliotte Friedman shared a couple of Calgary Flames-related tidbits in the latest edition of his “32 Thoughts” column, which dropped on Wednesday evening.
One of Friedman’s titular “thoughts” concerned Swedish defenceman @Hampus Lindholm, who the Anaheim Ducks dealt to the Boston Bruins two days prior to Monday’s trade deadline. The Bruins subsequently re-signed Lindholm, 28, to an eight-year extension carrying a $6.5 million cap hit.
According to Friedman, the Flames expressed some interest in potentially acquiring the left-handed rearguard from Anaheim — albeit with some hefty salary going back the other way.

I do think Calgary took a looooooooooong look at Hampus Lindholm, but couldn’t do what Boston did. Sean Monahan would have had to be part of it, as the Flames needed to move money to make it work.

On March 19, the Bruins acquired Lindholm and AHL defenceman @Kodie Curran in exchange for a 2022 first-round pick, second-round selections in 2023 and 2024, and defencemen @Urho Vaakanainen (a 2017 first-rounder) and @John Moore.
Lindholm has 22 points (five goals, 17 assists) in 61 games with the Ducks this season. His current contract (which expires this summer) carries an AAV of slightly more than $5.2 million, although Anaheim retained half of his remaining salary for this season to facilitate the deal.
Monahan, 27, has eight goals and 22 points in 63 games with the Flames this year. He has one year remaining after this one on his $6.375-million AAV contract, which he signed with the team back in 2016.
Playing in his ninth season with the Ducks, Lindholm is no longer as productive as he once was and his defensive results — while still relatively solid — appear to be in decline. Monahan has struggled to drive offensive play and convert on scoring chances this season, although his five-on-five production has also been greatly hampered by the poor finishing of his linemates.
Friedman’s other piece of Flames-related news concerned newly-acquired forward @Calle Jarnkrok, who attracted a bidding war for his services in the weeks leading up to the deadline.

Would love to get a hold of Chris Drury’s phone log the last few weeks. The Rangers tried some big swings. They were also close on Calle Jarnkrok, only to be edged out by Calgary.

The Flames acquired Jarnkrok — with 50% of his remaining salary retained — from the Seattle Kraken on March 16 in exchange for three draft picks. The Gävle, Sweden product has one assist in his first three games with Calgary.
With Monahan still on the team and Jarnkrok in the fold, the Flames (38–17–8) will return on action on Friday to host the Arizona Coyotes (20–39–4) at 7:00 p.m. MT.