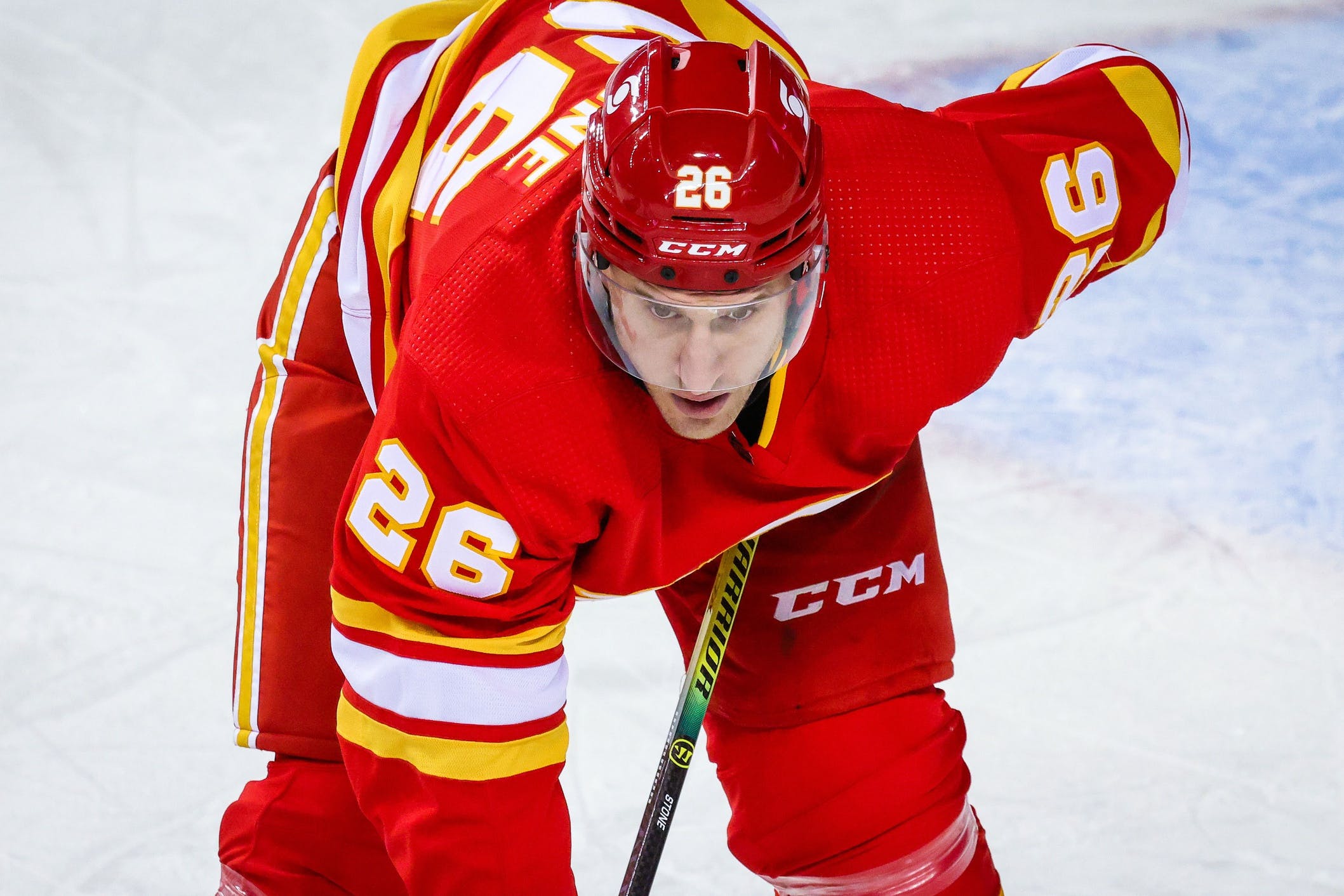 By Mike Gould
4 months ago
It’s official: Michael Stone will attend Calgary Flames training camp on a professional try-out.
Stone has been a mainstay with the Flames since being acquired from the Arizona Coyotes at the 2017 trade deadline. Mikael Backlund and Oliver Kylington are the only two current Flames players who debuted with the team before Stone arrived.
The 6’3″, 213-pound right-handed defenceman scored two goals and six points while averaging 17:27 in 11 games with the Flames during the 2021–22 regular season. He added five points in nine playoff appearances with the team.
Stone is the third player confirmed to be attending Flames camp on a PTO, joining Josh Brook and Cody Eakin in that category.
The news of Stone signing a PTO with the Flames comes shortly after Daily Faceoff hockey insider Frank Seravalli indicated the defenceman would likely return to the team this season on Monday’s edition of the DFO Rundown podcast.
In 180 games with the Flames over parts of six seasons, Stone has scored 11 goals and 38 points. He’ll likely compete with Juuso Valimaki, Connor Mackey, Nicolas Meloche, and Dennis Gilbert for a role with the NHL club in 2022–23.