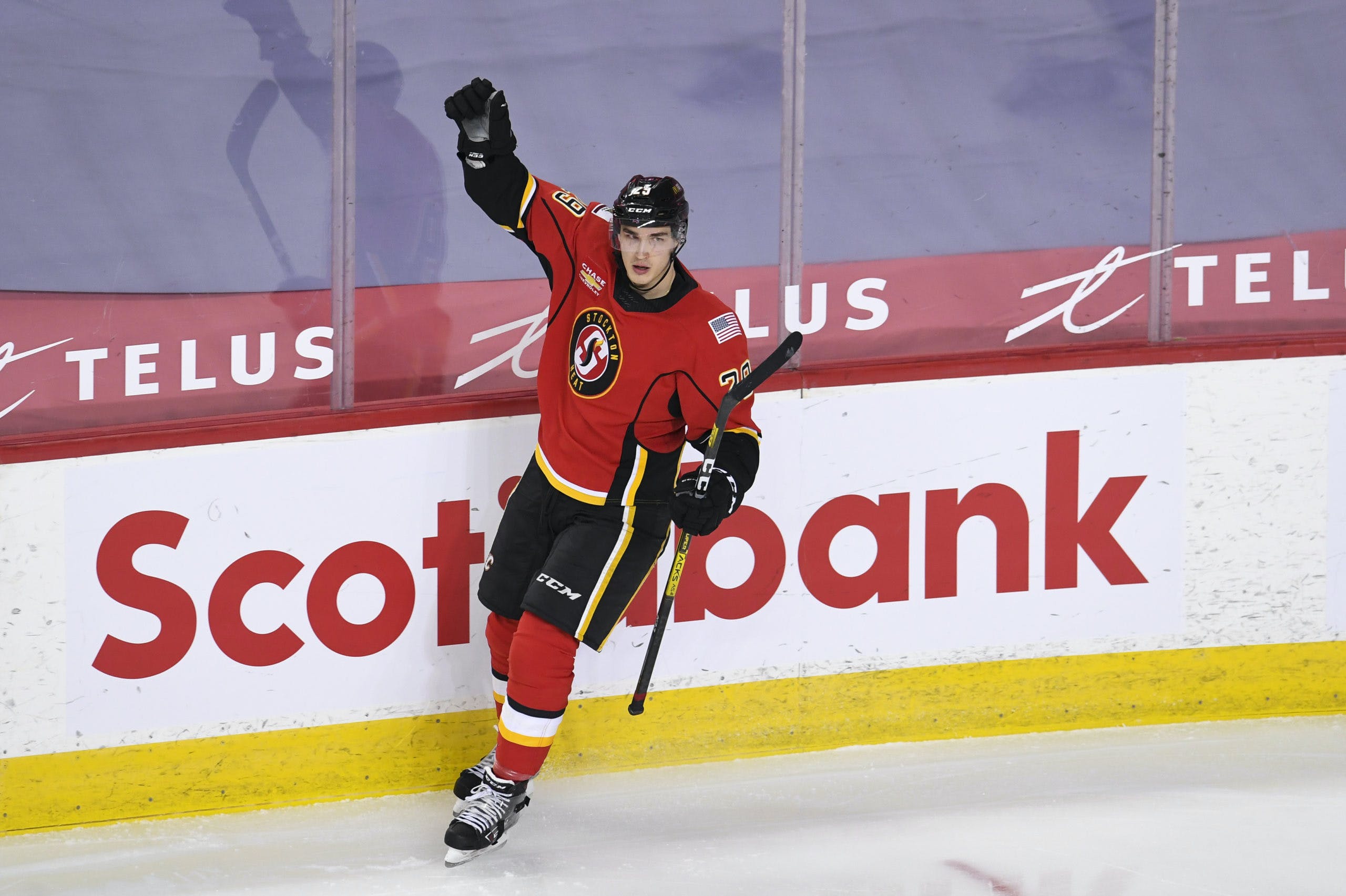 A two-way centre, Lindstrom was the 8th-ranked International skater (per Central Scouting) and ranked 80th by FC Hockey in his draft class. A few players drafted later in that round have had some NHL success – Victor Mete (100th), Noah Gregor (111th) and Ross Colton (118th) among them – but given Lindstrom’s profile and the Flames’ needs, it was a solid pick. Lindstrom didn’t end up signing with the club.

Ruzicka was pretty well-regarded in his draft year, ranked 37th among North American skaters and 59th overall by FC Hockey. He slid a bit on draft weekend, likely due to his relatively small North American sample size at the time, but he’s turned out well as a prospect and is pushing for regular NHL duty.

The Flames had no first-rounder in 2018. Or second-rounder. Or third-rounder. So 105th overall was their first selection in 2018 and they went for the rugged Pospisil, the 131st-ranked North American skater and 154th overall ranked player by FC Hockey. He’s been good in the AHL but has struggled to avoid injuries. (It was a bit of a reach, but the 2018 draft got a bit spotty by the mid-fourth round.)

With their second fourth-rounder – acquired from Florida in the Jiri Hudler trade – the Flames grabbed high school standpoint Koumontzis. He was the 136th-ranked North American skater and 275th ranked by FC Hockey. Another reach based on the rankings, but again, the draft was a bit spotty. Koumontzis is playing out his NCAA eligibility, but has yet to sign with the Flames.

With their third fourth-rounder – acquired from Montreal in exchange for their 2019 fourth-rounder – the Flames opted to grab impressive two-way WHLer Roman. He was the 41st-ranked North American skater and 66th overall by FC Hockey, so it was very much a situation of “Hey, somebody we like is falling and we should grab him.” Roman didn’t end up signing with the Flames.

The Flames didn’t have their own 2019 fourth-rounder (see the prior pick), but they acquired this one from the NY Islanders in the Travis Hamonic trade. Feuk was the 79th-ranked international skater and ranked 103rd by FC Hockey, so this was more or less in the general range he would’ve landed in. Feuk has yet to sign, but there wasn’t really anybody who seems like an obviously superior pick in that range in retrospect.

The Flames didn’t have their own 2020 fourth-rounder (sent to Los Angeles for Oscar Fantenberg), but they acquired this pick from Buffalo for Michael Frolik. They went off the board here, selecting a goalie unranked by both Central Scouting and FC Hockey. Chechelev caught the eye of the Flames’ goaltending department and they rolled the dice on him. He remains a bit of a project, and was the first of five goalies taken in that round.
(The Flames’ 2021 fourth-rounder was traded to Los Angeles for Derek Forbort.)