The Flames have found hits and misses in the second round 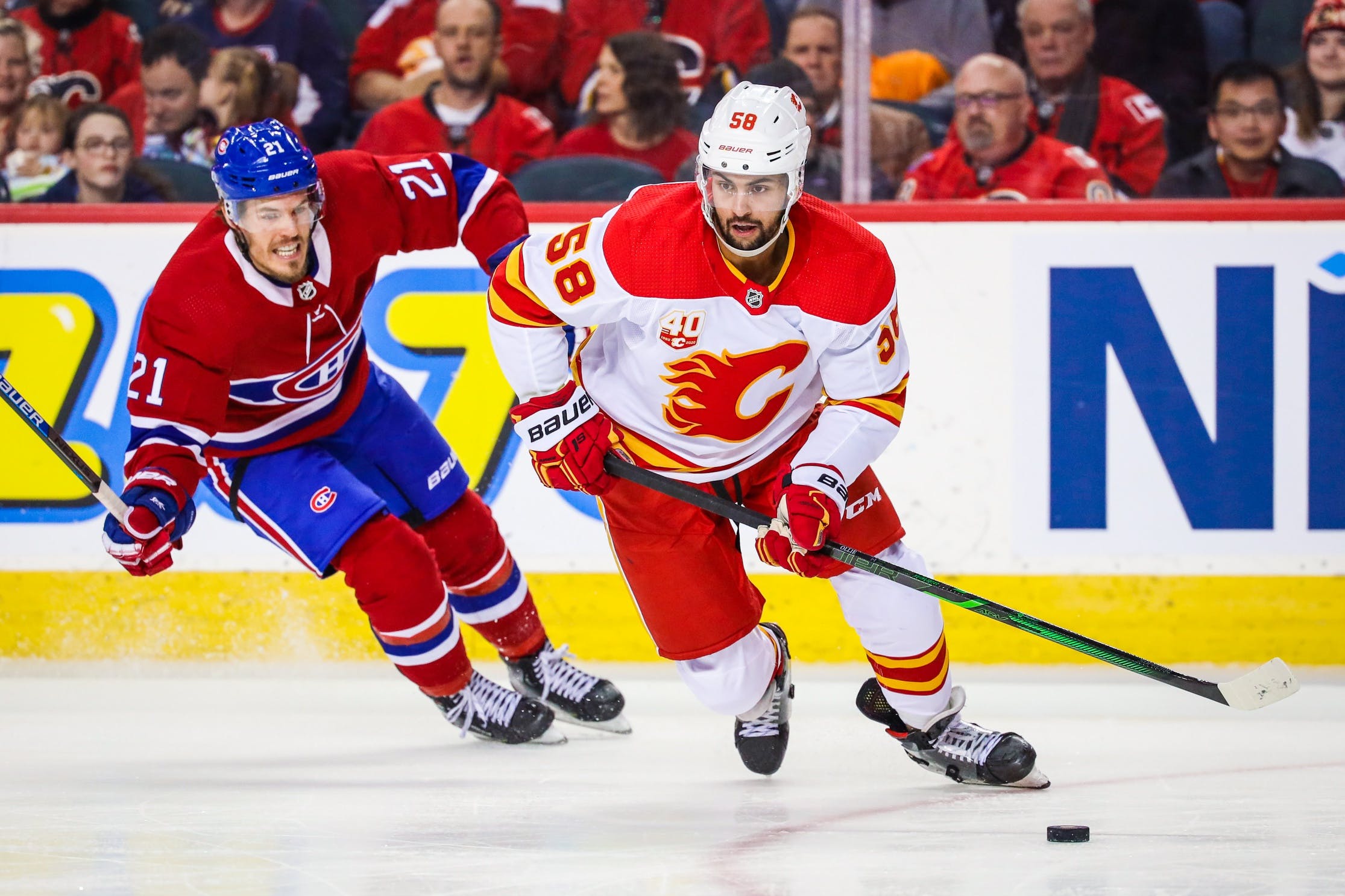 By Ryan Pike
7 months ago
The 2022 NHL Draft will be the ninth for the Calgary Flames under general manager Brad Treliving. In the prior eight drafts, the Flames have made eight second-round picks. Their first pick in the 2022 draft will be a second-rounder, 59th overall.
Here are the Flames’ second-rounders since 2014. Some have turned out well, while others have been less successful.

The McDonald pick was a bit controversial at the time, and hasn’t gotten much better. At the time, McDonald was the 2nd-ranked North American goaltender by Central Scouting and ranked 33rd overall by FC Hockey. The top-ranked goalie was Thatcher Demko, who went to Vancouver two picks later. It was the type of pick that was going to make the Flames look super-smart or super-dumb, and it hasn’t turned out well.
McDonald has played five AHL games in his pro career and played just three (ECHL) games in 2021-22. Demko has fared much, much better.

The Flames got this pick from Colorado for Reto Berra. Smith was a player who divided the scouting community a bit in his draft year. On one hand, he was big and had good numbers on a good team – Oshawa was really good that season – but a lot of his success was a product of his team and his big-ness rather than him utilizing skill. He was the 36th-ranked North American skater but was ranked 39rd by FC Hockey that year, an illustration of the scouting divide. (Smith finished out his entry-level deal in the ECHL, and no longer plays pro hockey.)

The Flames acquired two second-rounders in the 2015 draft (from Washington and Vancouver), then traded two of their three picks – their own and the one from Washington – to acquire Dougie Hamilton.
With the Vancouver pick, acquired for Sven Baertschi, they selected Andersson. Andersson was another player that divided scouts a bit, ranked 93rd among North American skaters by Central Scouting but 50th overall by FC Hockey. (It turned out fairly well.)

The Flames acquired an additional third-rounder from Washington in the Curtis Glencrss trade, then used that pick and their own third-rounder to trade up into the end of the second round.
After trading up, they selected Kylington. Kylington was a highly-touted player at the beginning of his draft year and was considered a likely top 10 pick. But a season that saw him bounce around and not spend a ton of time with any particular team saw him slide to near the end of the second round. The Flames, who had extensively scouted him in Sweden, moved up to grab him. He was the 6th-ranked International skater by Central Scouting, but ranked 28th by FC Hockey.

The Flames traded their own second-rounder in 2016 to St. Louis in the Brian Elliott trade. But they gained this select from trading Jiri Hudler to Florida.
Parsons was the 3rd-ranked North American goalie by Central Scouting and ranked 68th by FC Hockey. He was simply excellent in his draft year and won the Memorial Cup. Parsons was the second goalie taken – six spots earlier, Carter Hart went to Philadelphia – and Filip Gustavsson (Ottawa) and Evan Fitzpatrick (Florida) went later in the second round. Parsons wasn’t that much of a reach, and his development has been derailed by injuries more than anything else.

The Flames got this pick in the Kris Russell trade. Dube was the 41st-ranked North American skater and the 46th overall player via FC Hockey. He was a well-regarded prospect – he had already played in a Memorial Cup by this point – and was considered a prospect just a smidge outside of the first round mix. You can probably imagine the Flames brass at their table looking at the list of remaining players when they went to pick and going “Oh cool, Dube’s still available!”
(The Flames traded their 2017 second-rounder to Ottawa in the Curtis Lazar trade.)
(The Flames traded their 2018 and 2019 second-rounders to the NY Islanders in the Travis Hamonic trade.)

Kuznetsov was considered a steady shutdown blueliner in his draft year with fairly non-impressive offensive numbers. He was the 36th-ranked North American skater and ranked 123rd by FC Hockey. It’s a bit too early to say what he’ll become, but at the very least he’s been a competent collegiate and major-junior blueliner.

Stromgren was considered a steady two-way junior forward from Sweden. He was the 14th-ranked International skater and ranked 46th overall by FC Hockey. Dallas got Logan Stankoven two picks later and Toronto got Matthew Knies later in the round, but it’s too early to really judge this pick and right now it’s merely a matter of taste.