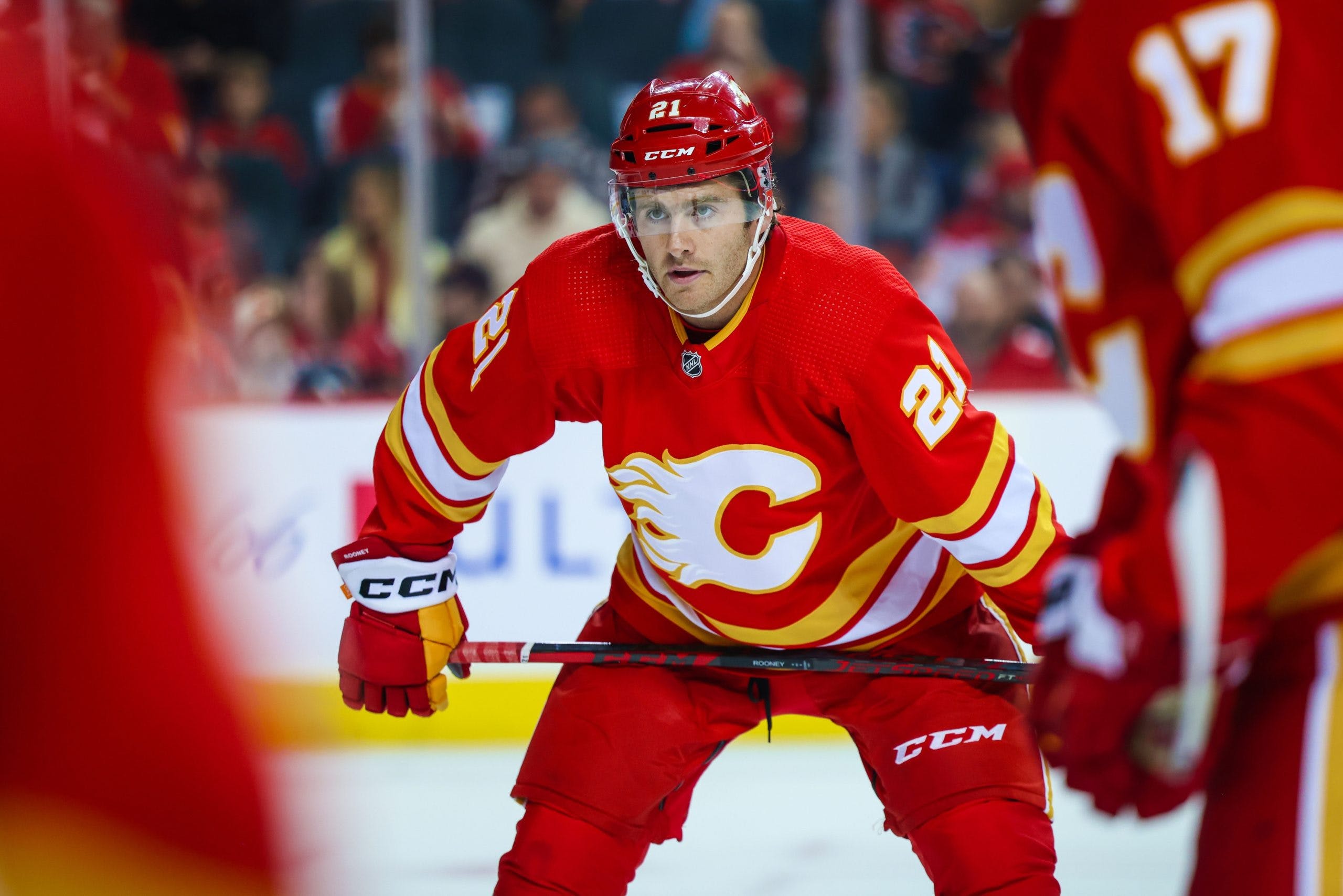 By Mike Gould
1 month ago
The Calgary Flames have waived forward Kevin Rooney, Sportsnet’s Elliotte Friedman announced Thursday.
Rooney, 29, has one assist in 17 games with the Flames this season. He signed a two-year, $1.3 million AAV contract with the Flames on the opening day of the 2022 unrestricted free agency period.
Four players are currently on the waiver wire, according to Friedman: Rooney, Tyler Benson (Edmonton), Martin Kaut (Colorado), and Ryan Carpenter (NY Rangers).
The Flames placed Rooney on waivers shortly after they recalled forward Matthew Phillips from the AHL’s Calgary Wranglers on Thursday. Assuming Rooney is assigned to the Wranglers or is claimed by another NHL team, the Flames will be down to 22 players (out of a maximum of 23) on their roster.
In 227 career games with the Rangers, Flames, and New Jersey Devils, Rooney has scored 24 goals and 46 points. The 6’2″, 190-pound forward is under contract through the end of the 2023–24 season; if the Flames assign him to the AHL, they’ll be able to bury $1.125 million of his cap hit.
If the Flames elect to bring up another player from the farm to replace Rooney, keep an eye on Radim Zohorna as a candidate. The 6’6″, 220-pound forward has spent most of the season as Phillips’ centre with the Wranglers and has 16 points in 20 AHL games this season.
The Flames will return to action on Friday when they take on the Columbus Blue Jackets at 5:00 p.m. MT.
News
Recent articles from Mike Gould