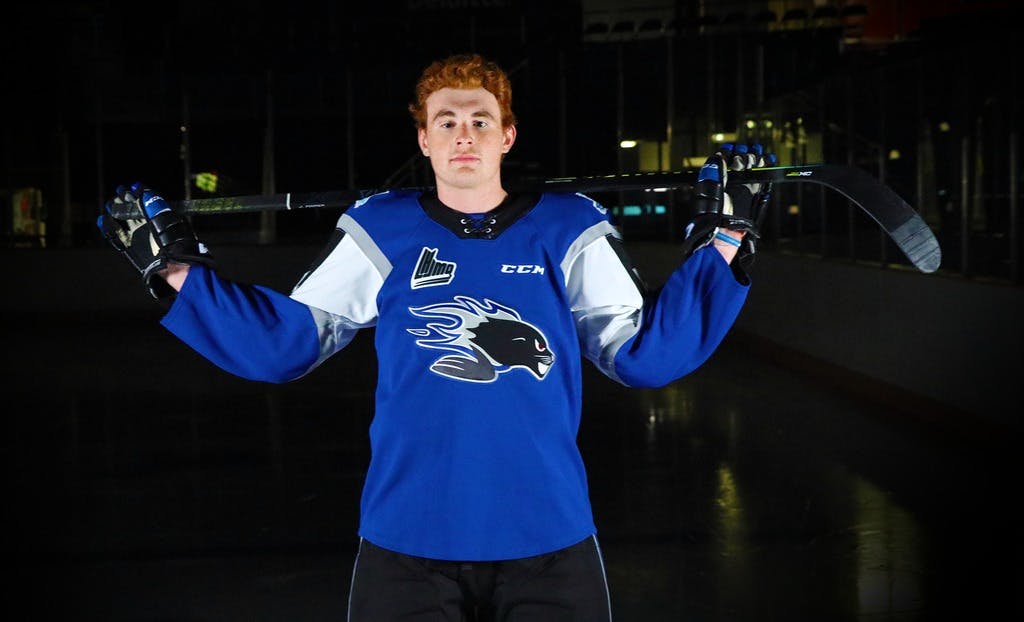 By Ryan Pike
7 months ago
After a whirlwind season and several dramatic games along the way, the major junior careers for Calgary Flames prospects Jeremie Poirier and Yan Kuznetsov will potentially end on Wednesday night when the Saint John Sea Dogs face the Hamilton Bulldogs with the Memorial Cup on the line.
Kuznetsov and Poirier were both 2020 draft selections; Kuznetsov a second-rounder and Poirier a third-rounder. Both have signed entry-level deals with the Flames. Kuznetsov’s deal started running this season, while Poirier’s slid to 2022-23. Both are eligible to be overagers next season, but that seems like a very unlikely proposition.
Wednesday night’s game will likely be the final major junior appearance for each player, and sees the duo competing for the richest prize at that level of hockey.
Saint John won the round robin portion of the tournament and has been idle since their Saturday night comeback win over Shawinigan. They face Hamilton, who beat Shawinigan in overtime on Monday to advance to the final.
If the Sea Dogs win, it would be just the third Memorial Cup win for a Flames prospect in the past 10 tournaments. The last two Memorial Cups won by Flames prospects were Hunter Smith with Oshawa in 2015 and Greg Nemisz with Windsor in 2010.
The final game is a rematch of the opening night of the round robin, a 5-3 win for Saint John over Hamilton. The Sea Dogs are hoping that history repeats itself.