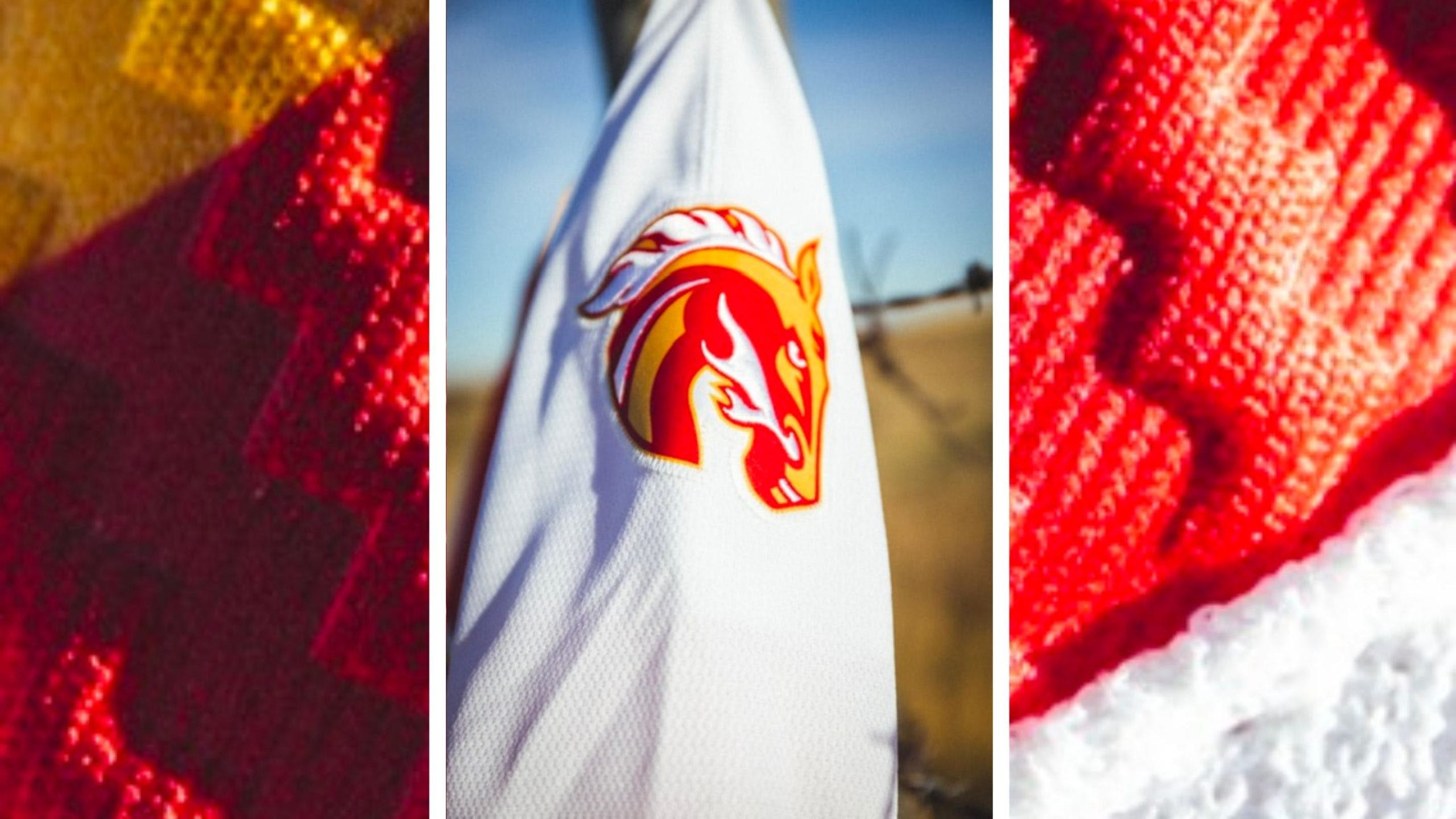 By Mike Gould
2 months ago
The Calgary Wranglers shared the first glimpse of their first-ever American Hockey League jerseys on Thursday evening.
The Wranglers use the same red, yellow, and white colour scheme as their National Hockey League counterparts, the Calgary Flames. Both their red and white primary uniforms will feature the same red “W” crest, which was originally unveiled alongside the team name in August.
Based on the teaser the AHL club tweeted out on Thursday, the Wranglers’ AHL uniforms will follow largely the same template used by their WHL precursors back in the 1970s and 1980s (and the Calgary Hitmen during the 2018–19 Corral Series), with striping going straight down the arms from the shoulders.
But easily the most noteworthy element teased is the all-new logo shown on the right shoulder. The design takes direct inspiration from the classic “Blasty” logo, adjusting its colour scheme to match the “full retro” look and shifting it from a front view to a side profile.
The other shoulder will feature the Calgary Flames’ iconic “Flaming C” logo, which will be red on the red uniform (against the white shoulders) and white on the white uniform (with the red shoulders). The Blasty shoulder patch will remain the same on both the red and white jerseys.
Sources tell FlamesNation the full uniform could be unveiled as soon as Friday, although it’s unlikely they will be available for purchase for weeks after the fact due to supply chain issues. The Wranglers will only use two uniforms in their inaugural AHL season, although they could certainly use the altered Blasty logo as the basis for a future third jersey.
The Wranglers will play their first game of the 2022–23 AHL season on Oct. 16 when they host the brand-new Coachella Valley Firebirds at the Scotiabank Saddledome. Before that, the Wranglers will take on the University of Calgary Dinos in an exhibition game at the Saddledome on Oct. 11.
Here at FlamesNation, we’ll have more on the process that brought the Wranglers back to life in an in-depth feature article dropping shortly after the full jerseys are revealed to the public.
News
Recent articles from Mike Gould