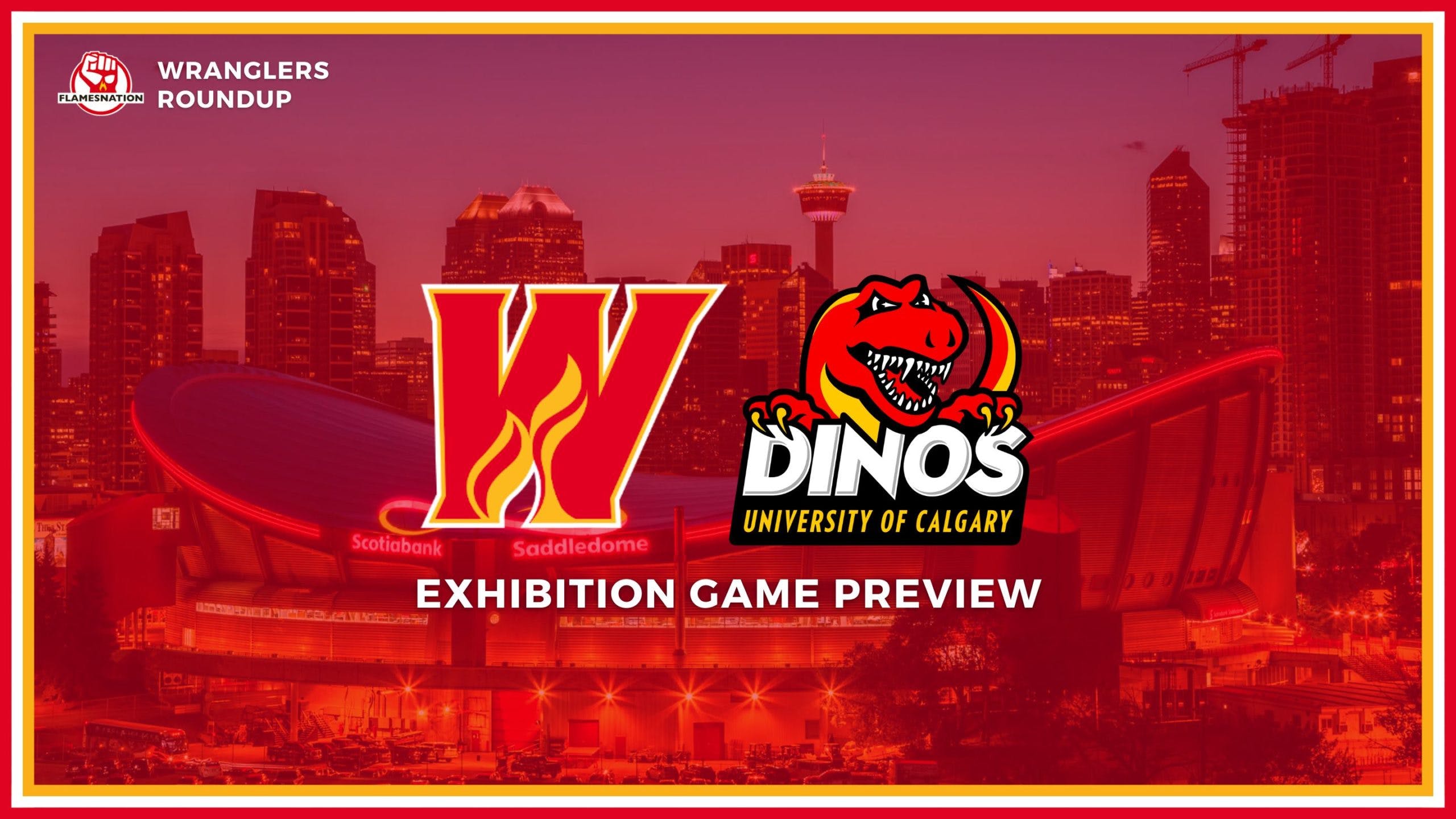 By Mike Gould
3 months ago
Welcome to the first edition of Wranglers Roundup, your top independent source for Calgary Wranglers AHL coverage. You’ll be able to follow along with Mike Gould and Paige Siewert all season long here on FlamesNation.
The Calgary Wranglers will hit the ice for their first game action this evening — although, unfortunately, you won’t be able to watch it live.
With their season opener scheduled for Oct. 11, the Wranglers will play a tune-up exhibition game tonight against the University of Calgary Dinos men’s team at the Scotiabank Saddledome.
Opening puck-drop is slated for 6:00 p.m. MT. The game is open to the media only and it doesn’t look like it’ll be broadcast on AHL TV, but we’ll let you know if the Wranglers or Dinos elect to stream it some other way.
We also don’t yet know what the lineups for either team will look like, although we can tell you who’s still left at Wranglers camp (and who skated for the Dinos in their most recent game).
The Wranglers held an optional skate this morning — notably, neither Matthew Phillips nor Brett Sutter participated. As such, we won’t have much information about lines and pairings until warm-ups.
After the skate, Wranglers head coach Mitch Love confirmed Dustin Wolf and Oscar Dansk will split duties in the crease tonight.

Wranglers forwards Connor Zary and Cole Schwindt spoke to the media after this morning’s optional skate. We should hear from Mitch Love and a few Wranglers players after tonight’s exhibition contest.
News
Recent articles from Mike Gould