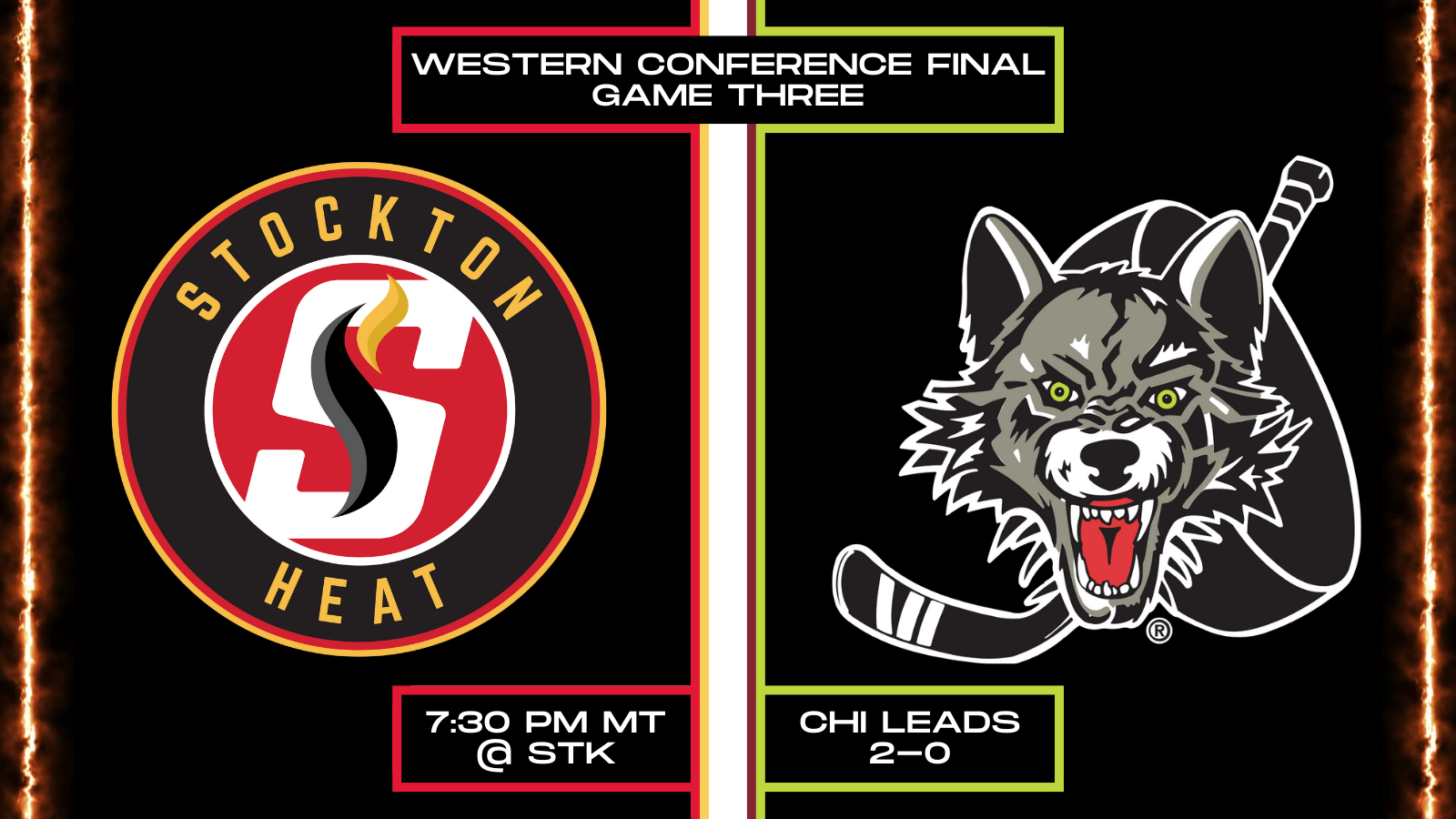 By Mike Gould
5 months ago
The Stockton Heat need to win four more games to advance to the Calder Cup Final. The Chicago Wolves need just two.
The Wolves won Games 1 and 2 in Chicago to start the AHL Western Conference Final, setting the stage for a critical three-game stretch at Stockton Arena.
The Heat trail the Wolves 2–0 but will have three opportunities to pick up wins on home ice before the series shifts back to Chicago (if necessary) for Games 6 and 7.
It’s not as though the Heat haven’t been competitive in this series. Game 1 ended 5–4 in overtime. Stockton outshot the Wolves 35–21 in Game 2 but fell 3–2 on a @Josh Leivo breakaway goal with just 18 seconds remaining in the third period.
They’ve come close, but not close enough. Now, they’ll have a chance to change that on their home turf.
Here’s something to watch: @Jakob Pelletier, @Adam Ruzicka, and Matthew Phillips enter Game 3 having combined for zero points against the Wolves thus far. Zero!
@Justin Kirkland remains hot and enters Wednesday’s action on a seven-game point streak. Can he keep the good times rolling in Game 3?

Eetu Tuulola has scored some wild goals in the 2022 Calder Cup Playoffs, and he continued that trend in Game 2 with an improbable shorthanded goal midway through the first period.
Tuulola, a 24-year-old pending RFA, has three goals and an assist in nine playoff games this year.

Game 3 in Stockton will be broadcast on AHL TV (subscription required) and on Spreaker (audio only), with the opening puck-drop set for 7:30 p.m. MT.
FlamesNation contributors Paige Siewert and Mike Gould will provide live game updates on Twitter. Additionally, you’ll be able to follow along at TheAHL.com.