Connor Mackey, Juuso Valimaki set to play for the Flames in San Jose 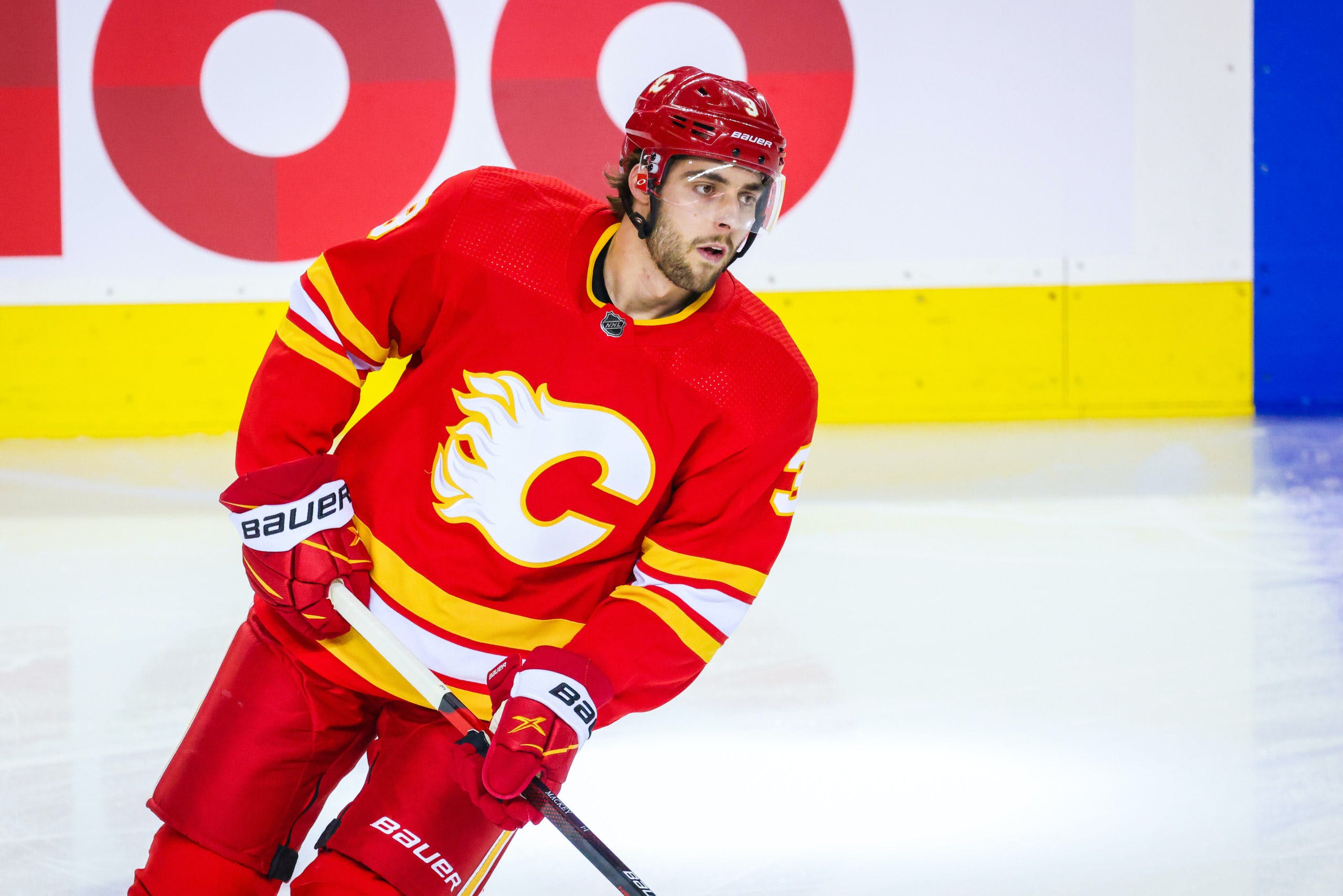 By Mike Gould
7 months ago
@Connor Mackey and @Juuso Valimaki will replace @Nikita Zadorov and @Erik Gudbranson on the back-end for the Calgary Flames on Thursday, according to multiple reports.
The young defencemen are expected to draw into the lineup to replace the two veterans, neither of whom took warm-up for the Flames prior to Thursday’s game against the San Jose Sharks.
According to Postmedia’s Wes Gilbertson, Mackey will likely slot in alongside @Chris Tanev the Flames’ second pairing; Valimaki should get reps next to @Michael Stone on the third unit.
Mackey, 25, has five goals and 36 points in 53 games with the Stockton Heat in the American Hockey League this season. The 6’2″ left-handed defenceman appeared in his first six NHL contests with the Flames in 2020–21, picking up one goal and three points.
Valimaki, 23, last appeared in an NHL game with the Flames back on Nov. 21, 2021, logging 16:41 and picking up an assist in a 4–0 win over the Boston Bruins. Thursday’s contest will be Valimaki’s ninth with the Flames this season; in 30 games with the Heat this year, Valimaki has two goals and 17 points.
An official reason for Gudbranson and Zadorov’s absences from warm-up still has yet to be given. It also appears @Brett Ritchie will take @Adam Ruzicka’s spot in the lineup on Thursday, with Ruzicka also missing from the pre-game skate.
With Mackey, Valimaki, and Ritchie in the fold, the Flames (42–19–9) will go for their first win of the season against the Sharks (29–31–9) at 8:30 p.m. MT.