Vladar to start for the Flames against Colorado on Saturday 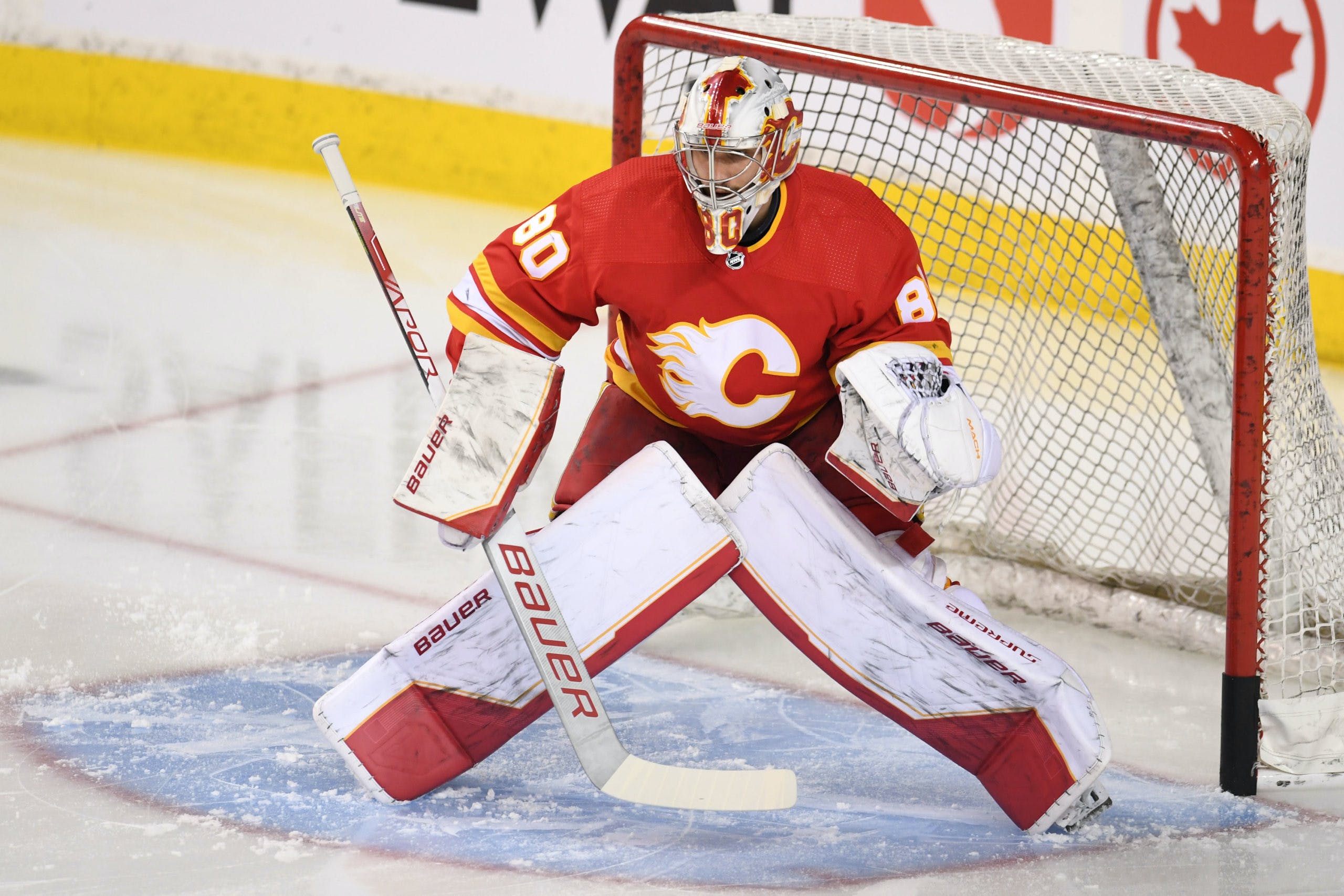 By Mike Gould
8 months ago
Talk about a curveball.
In a move almost entirely contrary to expectations, Dan Vladar is expected to start in net for the Calgary Flames in Saturday’s game against the Colorado Avalanche.
The 24-year-old goaltender led the Flames onto the ice for warmups on Saturday evening. Vladar has a 7–3–1 record and a .903 save percentage in 12 appearances this season.
@Jacob Markstrom entered Saturday’s action having started each of Calgary’s last seven games. Vladar’s last appearance came in relief of Markstrom in Calgary’s ugly 7–1 loss to the Vancouver Canucks on Jan. 24 — he allowed four goals on 13 shots in 21:46 after entering the game.
Saturday’s game in Denver will be a massive test for Vladar and Co. The Western Conference-leading Colorado Avalanche (40–11–4) — with @Darcy Kuemper (27–6–2, .919 SV%) in net — will play host to the Flames at 8:00 p.m. MT.