Sutter on cuts: “There’s guys in that group that outperformed guys that are still here” 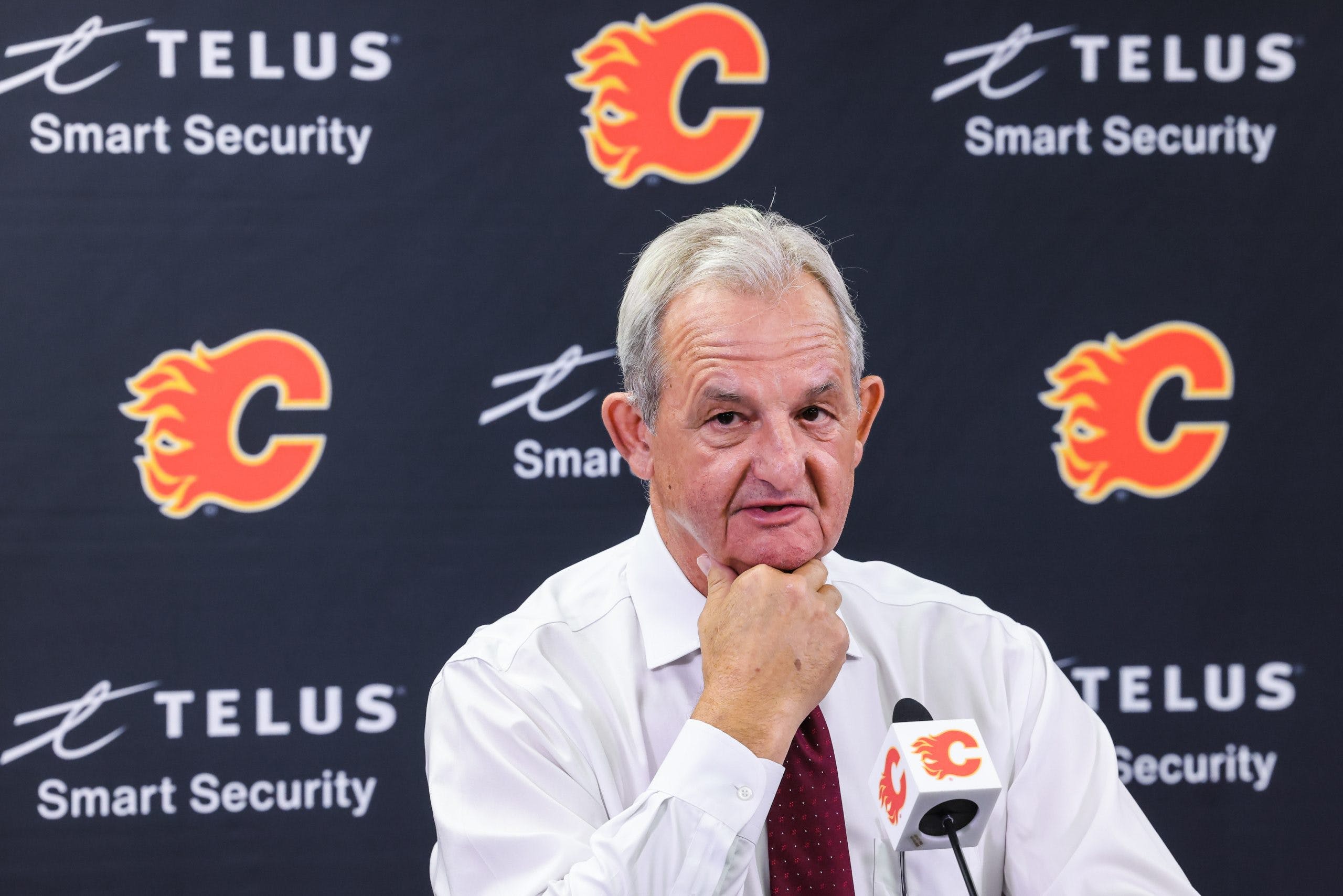 By Mike Gould
4 months ago
The Calgary Flames trimmed their training camp roster down to 28 players on Sunday.
The club announced nine players have been assigned directly to the American Hockey League, with six more being placed on waivers with the purpose of being sent down.
Three goaltenders, 10 defencemen, and 15 forwards remain at Flames training camp.
After Sunday’s on-ice session, Flames head coach Darryl Sutter addressed the media about the state of his team with 11 days left until the season opener.
“There’s guys in every group that were really good,” Sutter said. “Quite honest, there’s guys in that group [of cuts] that outperformed guys that are still here, but because of age or the ways their contracts are … you know what, it’s a good group and you can tell they’re the right kind of guys.”
Most notable among the Flames players placed on waivers is Matthew Phillips, who picked up an assist in two pre-season appearances. The 24-year-old winger finished ninth in the American Hockey League last season with 68 points in 65 games.
The Flames also assigned recent first-round picks Connor Zary and Jakob Pelletier to the Calgary Wranglers, with whom they’ll likely form two-thirds of the team’s top line — potentially with Phillips on the right side.
Dillon Dube skated with Andrew Mangiapane and Nazem Kadri on the Flames’ second line during Sunday’s practice. Asked how Dube earned that plum assignment, Sutter was brief in his response:
“Because nobody else has yet.”
Jeremie Poirier, a defenceman who the Flames selected in the third round two years ago, is the youngest skater remaining in training camp.
“Connor Zary was really good, and we still have the one boy [Poirier] here, defenceman, he’s a good player,” Sutter said. “[Cole] Schwindt, who came in the trade, he’s a good player. Dustin [Wolf] is still here, he’s a good player.
“There’s guys at each position, they’ve gotta take that next step. And the guys that are in those entry-levels that maybe weren’t quite as good at this camp, they’ve got work to do. That’s the evolution of a young player.”
News
Recent articles from Mike Gould