Darryl Sutter hits the reset button on his forward lines 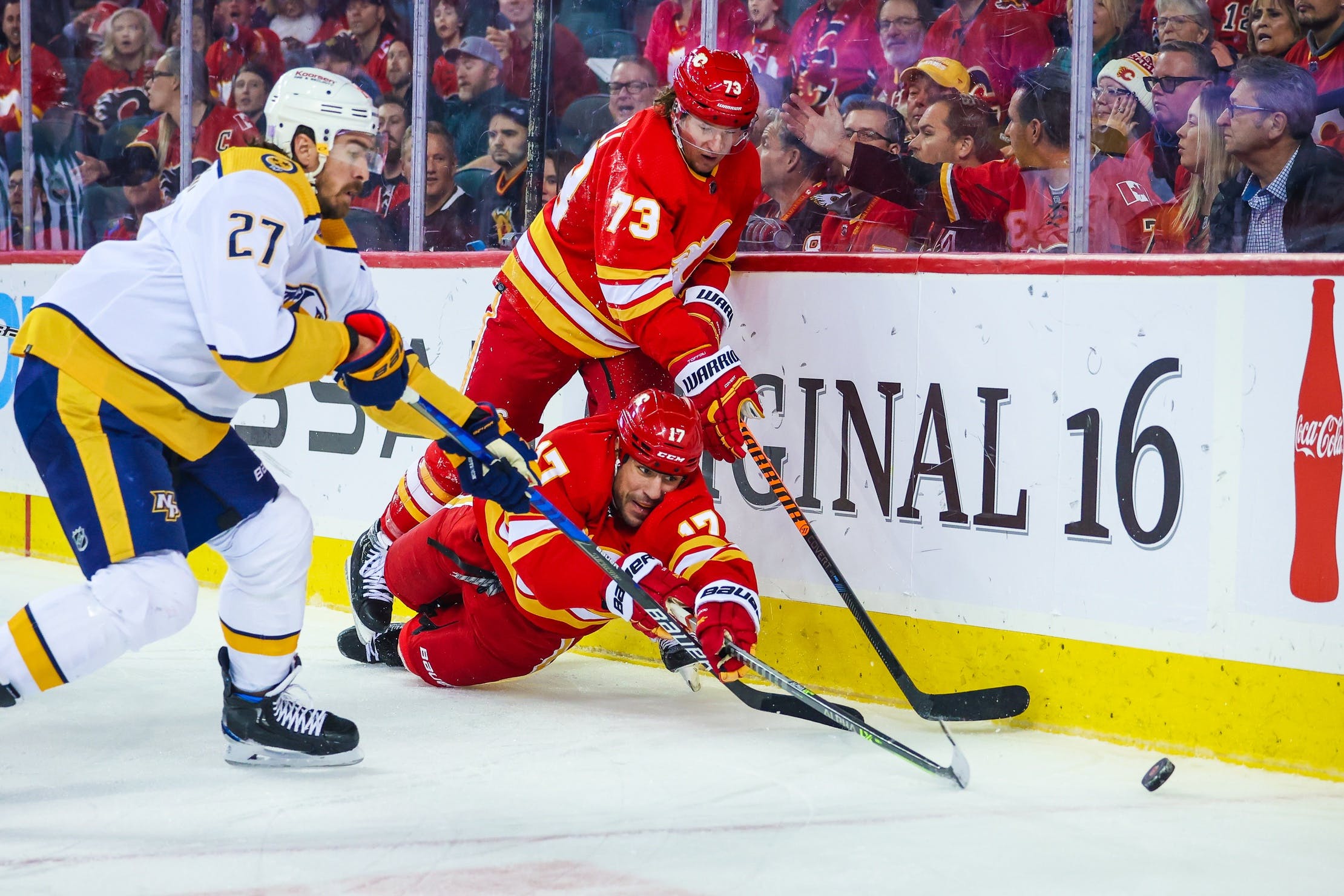 By Ryan Pike
2 months ago
The Calgary Flames finish off their eight-game homestand on Saturday night when they host the New Jersey Devils. In addition to the potential absence of Chris Tanev for a second consecutive game, the big lineup story is the forward lines.
After three games being shuffled, they’re returning back to the combinations we saw from the first six games of the season.

Lines (old and new), at a glance

Let’s go centre-by-centre! Percentages are five-on-five and via Natural Stat Trick.
Nazem Kadri:
What do you get when you put the two best offensive forwards with Huberdeau to get him going? Turns out: not a ton, unfortunately. The new-look first line struggled.
Elias Lindholm:
Turnovers really hurt the new-look second line, and Lucic’s lack of speed wasn’t ideal (but they worked around it). They still managed to generate scoring chances more than the opposition did.
Mikael Backlund:
Turns out you can place anybody with Backlund and Coleman and the line will be decent. Dube’s forechecking worked well, and that helped with high-danger chance generation.
Kevin Rooney or Adam Ruzicka:
There’s a lot of noise in this data, both because of the smaller sample sizes for the new trios and the bad underlyings of the original fourth line being countered by some superb puck luck.

Sutter speaks on switching back

After Saturday’s morning skate, Sutter made this comment about swapping the lines back (specifically putting Huberdeau and Lindholm and Toffoli back together):
“There was no spark there, but we were 5-1 with those lines,” said Sutter. “So I had the brilliant move of moving guys around and we’ve been 0-for-3, so they can take some accountability and responsibility. We moved guys around to try and get some wingers going. I don’t think it was very effective. It’s up to them guys instead of the centremen doing all the work for them, maybe a handful of wingers can do a little bit more now.”
Which line combinations did you prefer: the originals or the more recent groupings? Is switching back the right move? Let us know in the comments!
Editorials
Recent articles from Ryan Pike