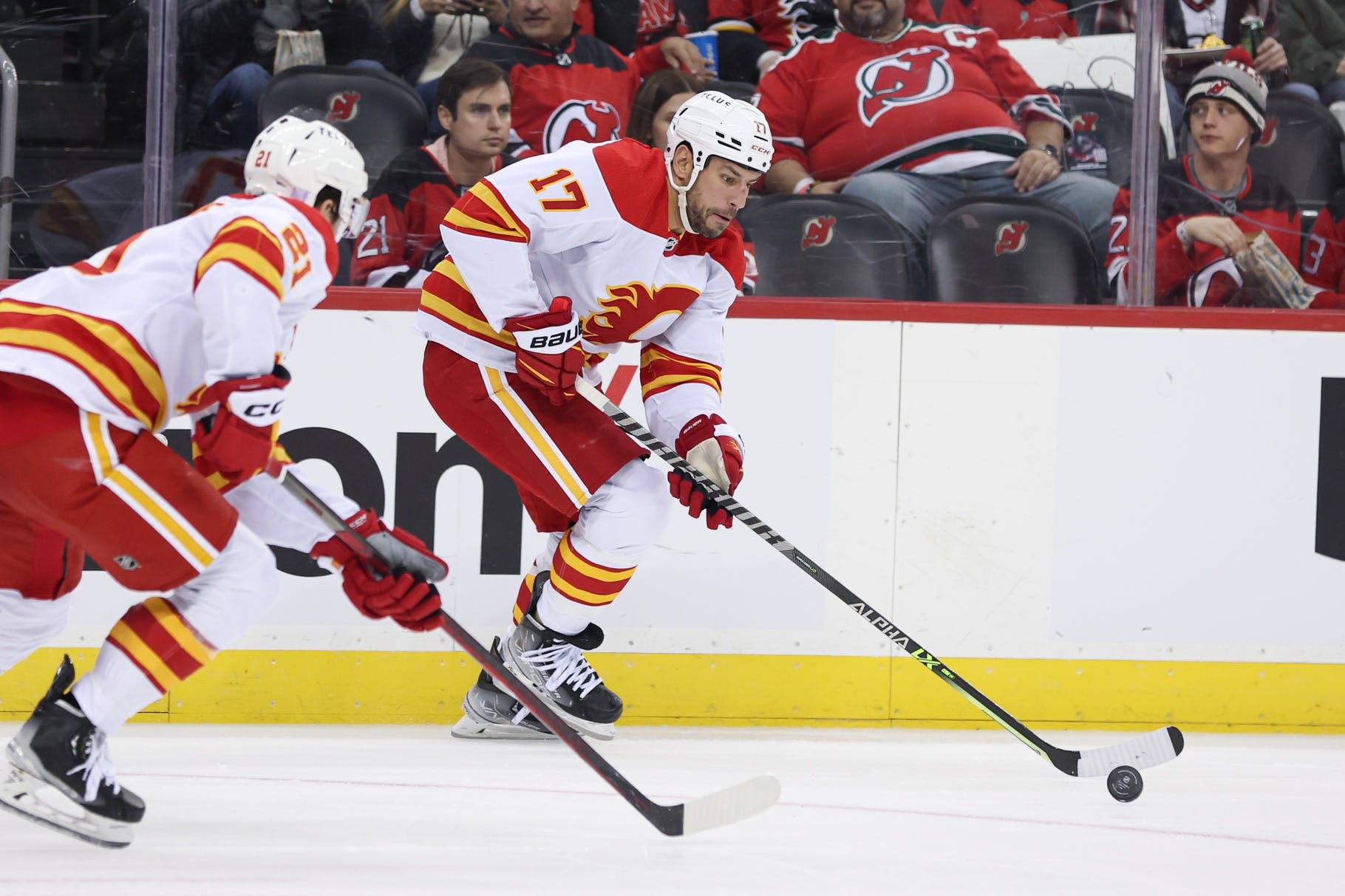 By Mike Gould
2 months ago
Calgary Flames head coach Darryl Sutter addressed the media ahead of Saturday’s game against the Washington Capitals at the Scotiabank Saddledome.
Sutter fielded a question from Postmedia’s Danny Austin about Flames forward Milan Lucic, who is in the final season of the seven-year contract he signed with the Edmonton Oilers back in 2016.
Lucic, 34, has five points (all assists) in 23 games with the Flames this season. Here’s the full exchange about Lucic between Austin and Sutter:

Danny Austin: How have you felt about Milan Lucic and his contributions recently?
Darryl Sutter: Well, obviously, there’s different ways to contribute, so, how do I feel about it? If you’re not scoring, then you’d better be really on task in terms of being really good in your own zone. If you’re doing that, then the next part would be forecheck for a player like that. The next part would be shots on goal, the next part would maybe be a momentum changer, maybe that sort of thing. So, those things all add up.
Austin: And you have felt, you’ve liked …
Sutter: I just said it, I think they all add up. You have to do it together, you can’t just be one of those.

Through the first two months of the 2022–23 regular season, Lucic has taken 19 shots on goal in 23 games. The 6’3″ left wing ranks third on the Flames with 54 hits and has not fought this season.
With Lucic on the ice at five-on-five, the Flames have been outscored 13–8. He ranks last among Flames regulars in on-ice expected goals percentage (46.03), scoring chance percentage (44.05), and high-danger chance percentage (44.83).
Lucic scored 27 goals in 160 games with the Flames over his first two-and-a-half seasons after being acquired from the Oilers in 2019. Since then, he has one goal in 81 games — and it bounced in off his skate.
In 1,119 career NHL games with the Boston Bruins, L.A. Kings, Oilers, and Flames, Lucic has scored 226 goals and 570 points. He won the Stanley Cup with the Bruins in 2011.
News
Recent articles from Mike Gould