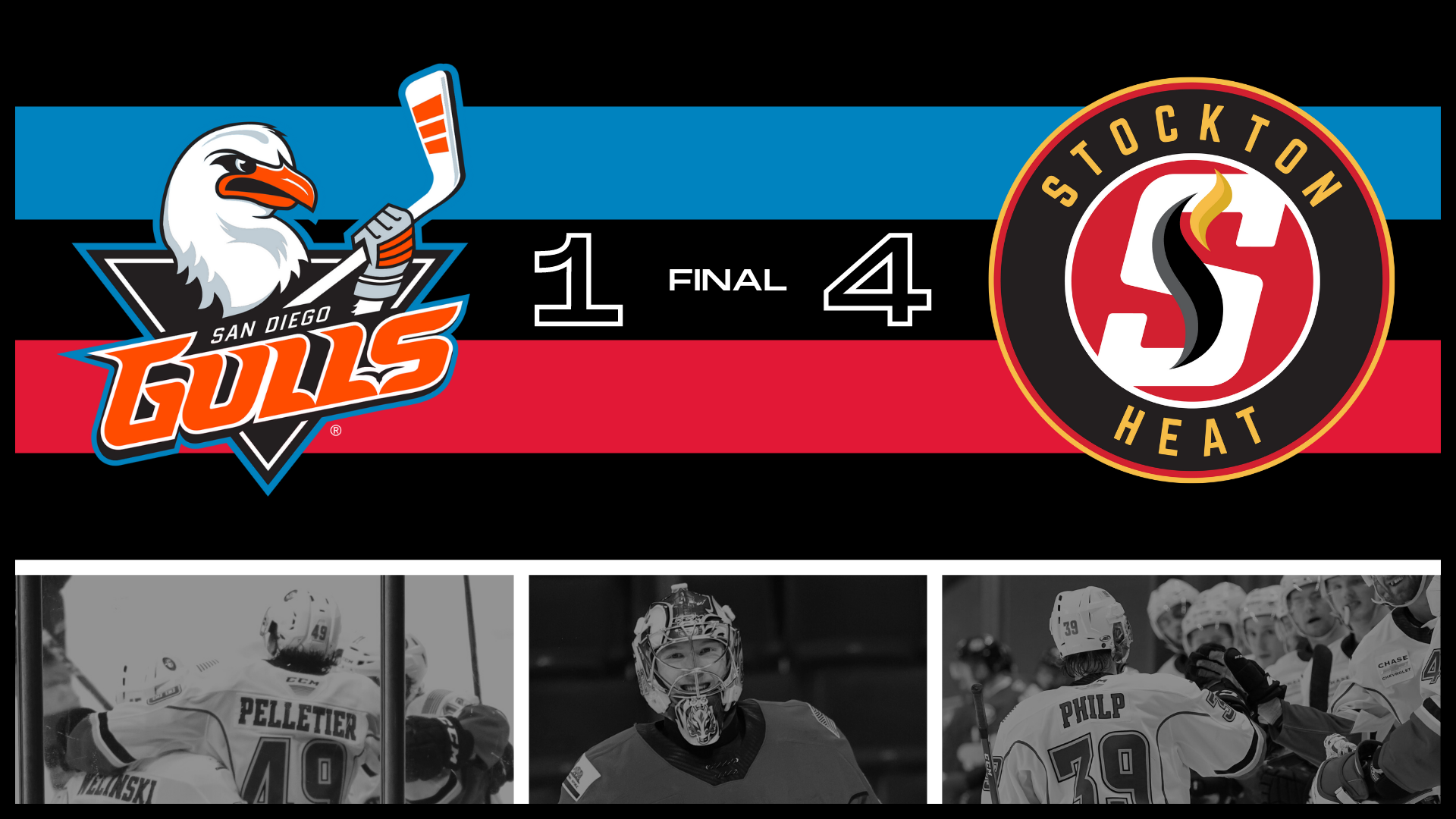 By Mike Gould
7 months ago
Stockton Heat forward @Emilio Pettersen played one of his best games as a professional on Tuesday night as his team defeated the San Diego Gulls by a 4–1 score.
Good things came in threes for Pettersen in San Diego. The 2018 sixth-round draft pick recorded three points, fired three shots, and posted a team-best plus-three rating en route to being named the first of the game’s three stars.
Pettersen has enjoyed a nice turnaround this season after getting off to a slow start as a sophomore. He went 16 games without scoring a single goal to start the year; after scoring his first goal of the season in his 17th game, Pettersen suffered through another 13-game dry spell.
Since the calendar flipped over to 2022, Pettersen has been one of Stockton’s most consistent secondary scorers. The 22-year-old winger has 12 goals and 21 points in 38 games since January 1, good for a 21-goal, 38-point pace over a full 68-game season.
Pettersen has spent much of his time with @Connor Zary — who has similarly improved with every passing game — in the second half of the season, but his three-point outburst on Tuesday came with Zary sidelined for the second consecutive game due to an upper-body injury.
After being credited with the primary assist on @Nick DeSimone’s game-winning power-play goal late in the first period, Pettersen scored two of his own in the middle frame to put the game out of reach for the Gulls.
Pettersen’s first goal of the night was a thing of beauty. After having the puck knocked off his stick in the neutral zone, Pettersen pursued it into the Gulls’ end and stripped it away from @Nathan Larose before backhanding it past goaltender @Lukas Dostal.
Look familiar?
Pettersen’s first goal of the game was unassisted and put the Heat up 3–1 at the 7:33 mark of the second period.
The Norwegian prospect double-dipped later in the frame to give Stockton a three-goal lead, and his second goal was no less pretty than his first.
Pettersen carried the puck all the way from Stockton’s goal line into the offensive zone, gaining a ton of speed and beating a pair of San Diego defenders before handing possession off to @Eetu Tuulola at the top of the right circle.
Tuulola immediately sent the puck back to Pettersen, who slipped between two more backchecking Gulls before deflecting the feed past Dostal to make it 4–1.
@Walker Duehr also scored for the Heat in the victory; Brent Gates Jr. netted the lone goal for the home side. Heat goaltender @Adam Werner made 25 saves for his 12th win of the season.
With the victory, the Heat improved to 45–15–7 on the year. Their 97 points are the most ever recorded by an AHL Pacific Division team in a single season; the Heat need one more victory or a Chicago Wolves regulation loss to capture the Macgregor Kilpatrick Trophy as the team with the best points percentage in the regular season.
Stockton will return to action on Saturday to take on the Bakersfield Condors in the final game of the 2021–22 campaign for both teams.
After that, the Heat will watch as the six clubs immediately below them in the Pacific Division standings do battle in the best-of-three first round of the 2022 Calder Cup playoffs.