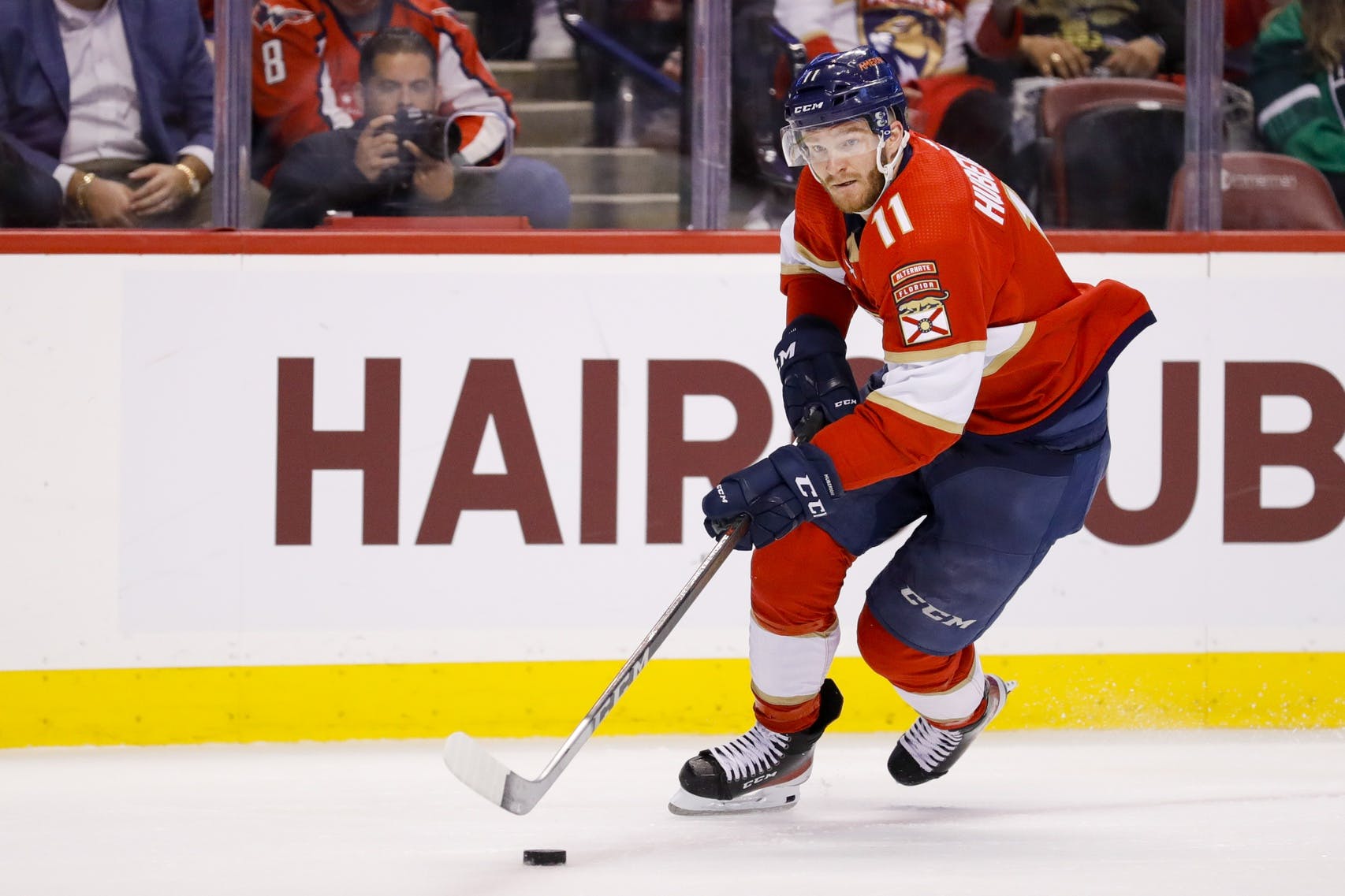 By Ryan Pike
6 months ago
On Friday night, the Calgary Flames made a significant trade, adding Jonathan Huberdeau, MacKenzie Weegar, Cole Schwindt and a lottery-protected 2025 first-round selection from Florida in exchange for Matthew Tkachuk and a conditional 2025 fourth-round selection.
With the addition of two established NHL players already under contract for 2022, how does the Flames’ cap situation look for 2022-23?
The Flames now have 21 players under one-way NHL contracts for 2022-23 (and we’re including established NHL regulars on two-ways as well):
So the Flames have two goalies, nine defencemen and 10 forwards under contract, and those players account for $73.2 million in cap commitments. That leaves them $9.3 million in space for new deals for restricted free agents Andrew Mangiapane and Oliver Kylington, which would bump them to two goalies, 10 defencemen and 11 forwards.
But remember: the Flames won’t carry 10 defenders. They’ll probably carry seven: if we pencil Valimaki in as the seventh defender (as the most expensive option for cap planning purposes) and project Meloche, Mackey and Gilbert are in the AHL, that gives the Flames about $70.575 million in commitments and $11.925 million in space.
If we project Mangiapane’s new deal at around $5 million and Kylington’s around $2.75 million, that gives the Flames two goalies, seven defencemen and 11 forwards with cap space remaining of about $4.175 million for two or three forwards to fill out the roster. (If they have a different seventh defender who makes less than Valimaki, that space grows a bit.)
Depending on what they do with their blueline depth, they still have the ability to potentially add without completely losing cap flexibility. They could also fill the two or three remaining spots in-house with the likes of Adam Ruzicka (RFA) or Jakob Pelletier ($863,333).
Knowing Brad Treliving, the Flames probably aren’t done tinkering with their roster. But what they’ve put together so far seems fairly balanced and still affords the club some financial flexibility as they head towards the fall.