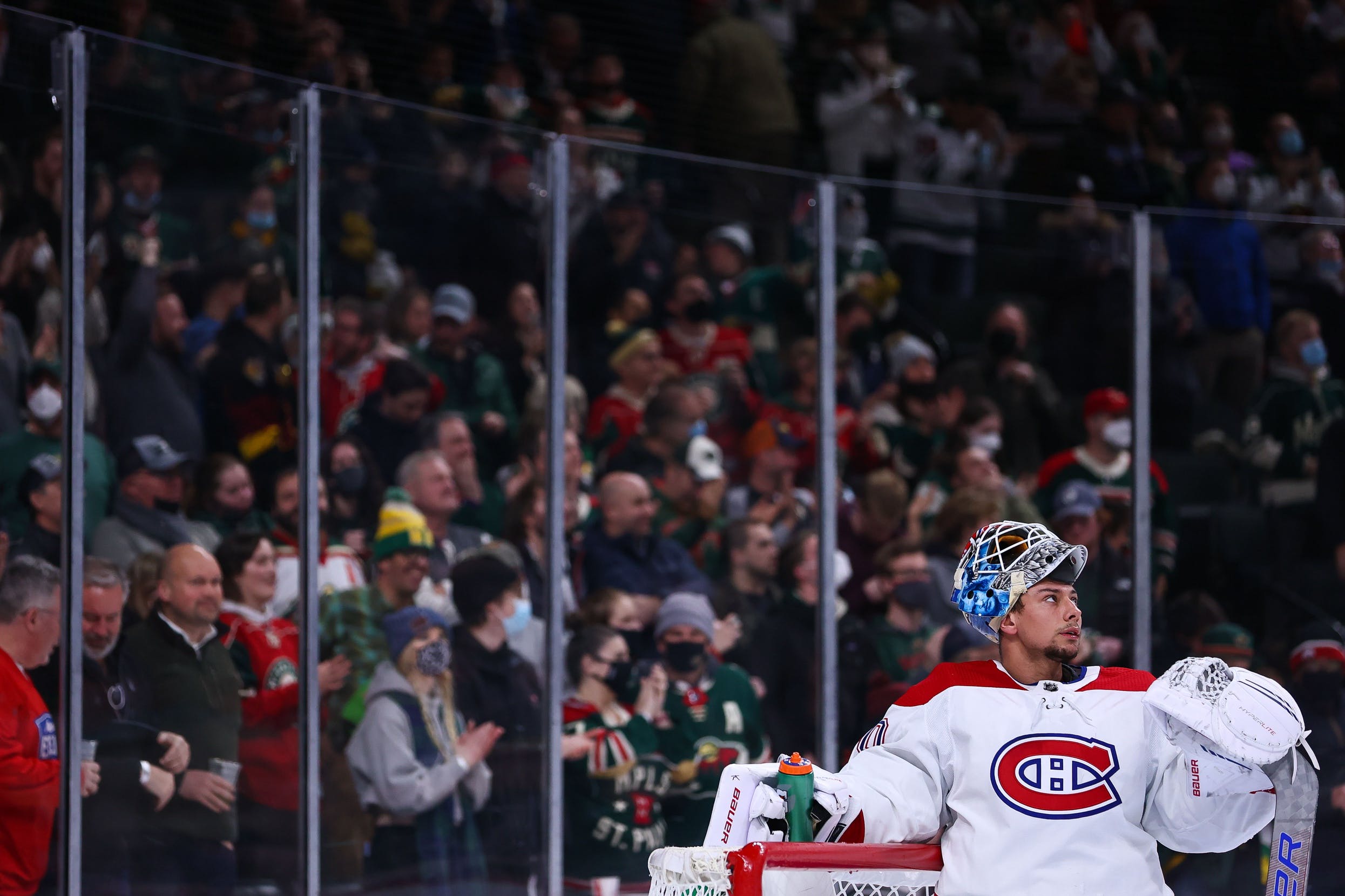 By Ryan Pike
8 months ago
The Calgary Flames have themselves another goaltender. The club announced on Monday that they’ve acquired 24-year-old goaltender Michael McNiven from the Montreal Canadiens in exchange for future considerations.
McNiven was previously with the Laval Rocket of the AHL and will report to the Stockton Heat (also of the AHL). He played one game in relief with Montreal this season (and spent three weeks on the injury reserve list), while suiting up for 11 with Laval (going 4-4-1 with a 4.04 goals against average and .869 save percentage). He carries a league minimum $750,000 cap hit at the NHL level.
Friends, you may be aware that Montreal has oodles of goalies that they’ve used this year because of injuries and other factors. McNiven was behind Carey Price, Jake Allen, Andrew Hammond, Samuel Momtembeault and Cayden Primeau in the pecking order and because he’s out of his entry-level years, he can’t be assigned to the ECHL without his consent. With the goalie logjam in the Habs organization, something had to give. (Montreal was also at 48 active NHL deals prior to the trade, so this eases their contract crunch a little bit.)
On the Flames side, Adam Werner is slated to become a Group 6 free agent this off-season while McNiven is a restricted free agent. Presuming that Werner and the Flames part ways, the organization has a ready-made goaltending partner for Dustin Wolf and/or Daniil Chechelev in the minors. McNiven may not have NHL upside, but he can be a valuable developmental partner for the younger goalies in Calgary’s system.