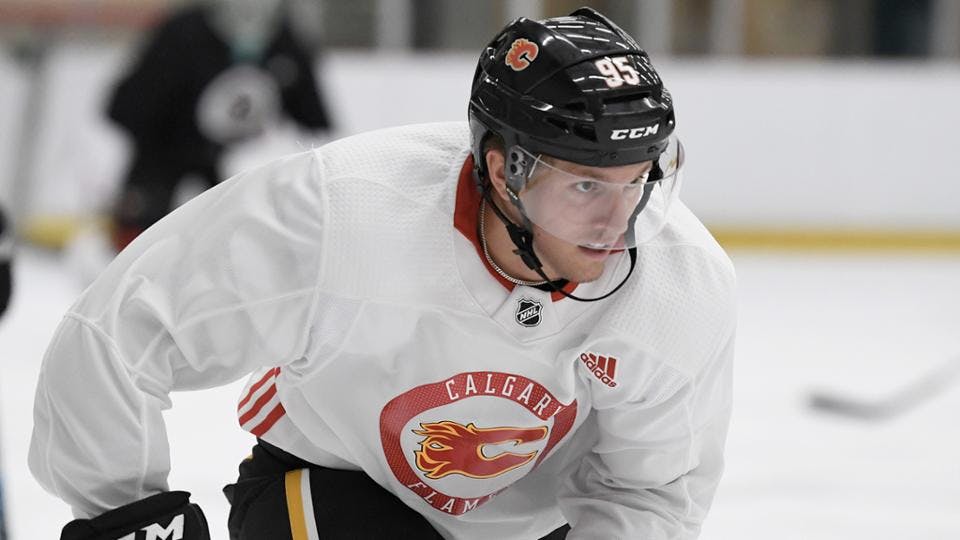 By Mike Gould
10 months ago
It appears Swedish defenceman @Johannes Kinnvall is finally ready to go again after suffering a lower-body injury way back in September.
According to the American Hockey League’s transactions page, the Calgary Flames have activated Kinnvall off season-opening injured reserve (SOIR) and assigned him to the Stockton Heat.
Kinnvall, 24, ranked eighth in the entire Swedish Hockey League (and second among defencemen) with 11 goals and 40 points in 51 games during the 2019–20 season.
The Flames signed Kinnvall to a two-year entry-level contract in April 2020. He remained with HV71 in the SHL for the 2020–21 season, scoring seven goals and 22 points in 32 games, before departing for North America this past offseason.
Kinnvall suffered his injury in an exhibition game with the Flames way back in September. The Flames subsequently placed him on SOIR, where he remained for the better part of four months.
A 6’0″, 180-pound right-handed defenceman, Kinnvall projects as a possible power-play quarterback at the professional level. FlamesNation named Kinnvall the 17th-best Flames prospect during the 2021 offseason.
It’s unclear whether Kinnvall will be available to the Heat in time for Wednesday’s game against the Henderson Silver Knights. Stockton currently leads the AHL’s Pacific Division with a 21–5–3 record in 29 games this season.
Kinnvall is currently exempt from waivers and will become a restricted free agent in July.
Uncategorized
Recent articles from Mike Gould