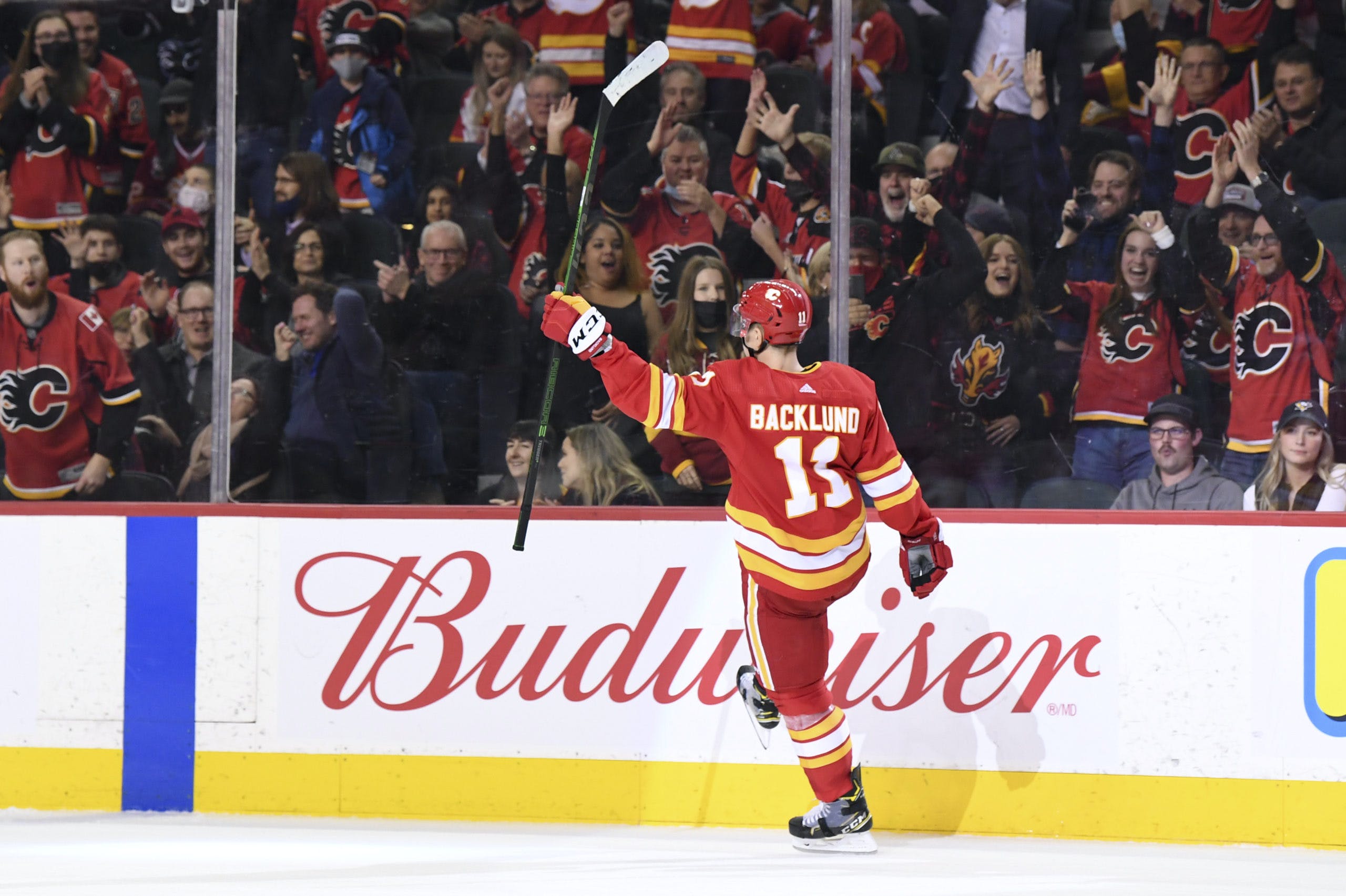 By Ryan Pike
10 months ago
Just 24 hours after vanquishing Edmonton, the Calgary Flames (34-14-7, 75 points) are back in action! And this time, they face the visiting Washington Capitals (30-18-9, 69 points), who remain one of the top teams in the Eastern Conference. Can the Flames keep their home momentum rolling? Or will the Capitals filibuster their progress?
The puck drops just after 7 p.m. MT. Catch all the action on Sportsnet One and West or Sportsnet 960 The Fan!

Projected lines via Daily Faceoff:
@Johnny Gaudreau – @Elias Lindholm – @Matthew Tkachuk
@Blake Coleman – @Mikael Backlund – @Trevor Lewis
@Andrew Mangiapane – @Adam Ruzicka – @Tyler Toffoli
@Milan Lucic – @Sean Monahan – @Dillon Dube
@Noah Hanifin – @Rasmus Andersson
@Oliver Kylington – @Chris Tanev
@Nikita Zadorov – @Erik Gudbranson
It sounds like @Daniel Vladar will start after @Jacob Markstrom played (and won) last night against Edmonton. Usually Darryl Sutter doesn’t shuffle his lineup too much on back-to-backs, but we’ll see if any of last night’s extras – @Brad Richardson, @Brett Ritchie and @Michael Stone – slot in tonight.
The Flames weren’t spectacular on Monday night, but they defended well, their penalty kill was sharp, and they got timely scoring. In other words: the usual. They’ll try to follow that up with a good effort against a rested Capitals team that should be energetic and hoping to take advantage of what could be a tired Flames crew. Expect Sutter to use all four lines, as he did against Edmonton, and do what he can to keep everyone fresh, alert, and back-checking.
Per Hockey Reference, the Flames will be looking to rack up their 1,800th win in franchise history. It’s also @Mikael Backlund’s 800th career game.

The Flames are healthy.
The Capitals are without Carl Hagelin and Joe Snively.

These teams met on Calgary’s first big road trip of the season back in October. The Flames won 4-3 in overtime, with Vladar putting on a great performance in net.