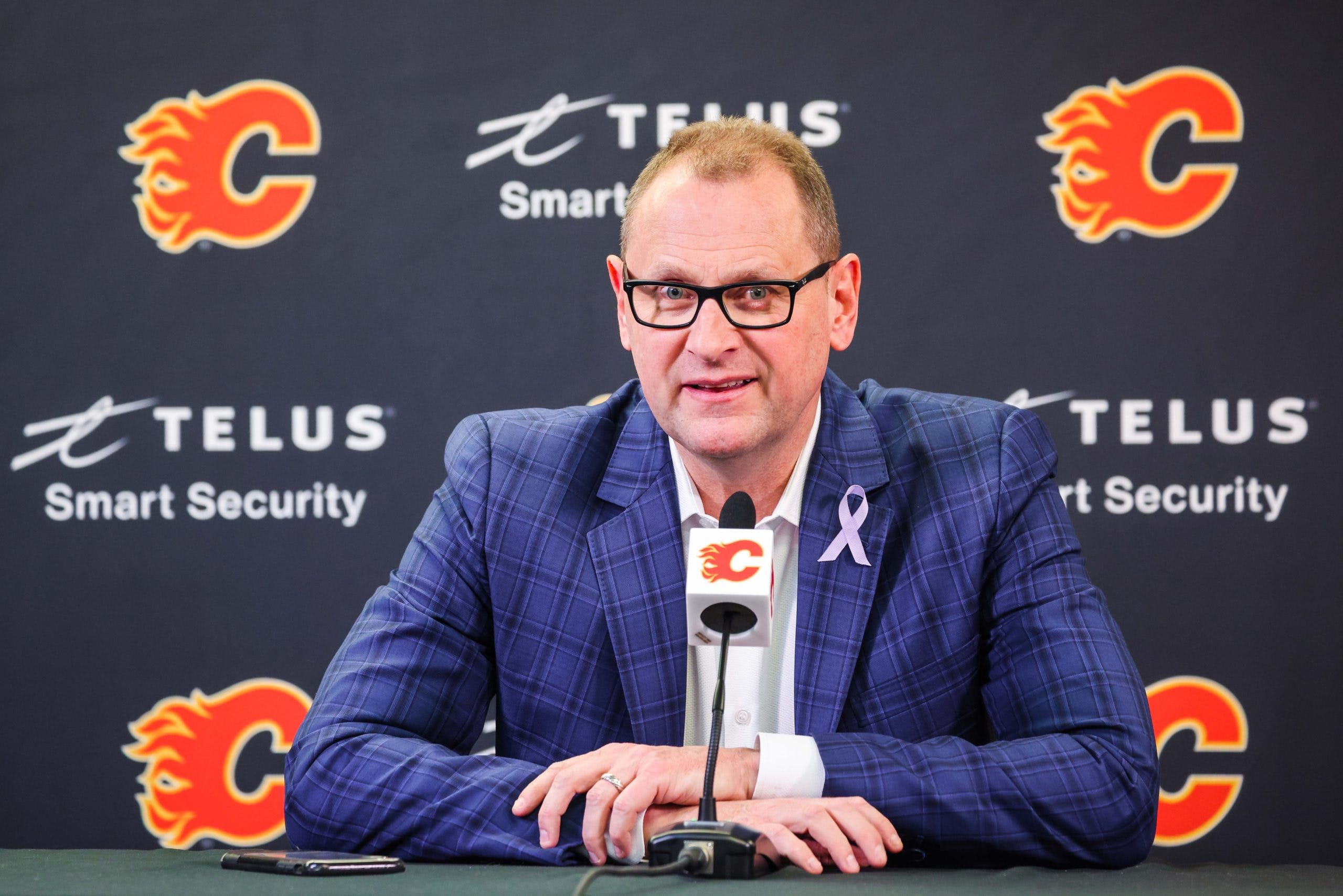 By Ryan Pike
4 months ago
The hockey world was abuzz this summer as Calgary Flames general manager Brad Treliving wheeled, dealed, and swapped out some significant players for other significant players. Chatting with the assembled local media on Wednesday afternoon, he had a common refrain that reflected his mindset regarding his club: “We’ll see.”
Treliving had that refrain regarding a lot of different topics: depth at every position, how the club will deal with waivers, how the club will deal with the captaincy, the contractual status of himself and head coach Darryl Sutter as they enter the final year of their current deals, and many other topics.
Here’s a quick snapshot of Treliving’s more specific thoughts on other topics.

“We have lots of bodies. How well you play determines how much depth you have.”
“We’re looking to dress the best lineup. We’re trying to win and if you can help us win, you’re on the team.”

On the team’s busy summer and external excitement around the club:

On goals for the season:

Oliver Kylington will be absent from the start of camp due to a “personal family issue,” with Treliving declining to comment further and asking for some privacy in regards to that matter.
Andrew Mangiapane “tweaked” something during summer skates and is skating on his own and is expected to join the main practice groups “in the next couple of days.”
Chris Tanev, who had shoulder surgery following the playoffs, is expected to be a full participant in camp, though Treliving noted they might hold him out of early pre-season games.
The AHL’s Wranglers will be based primarily out of Winsport, usually popping into the Saddledome just for games.