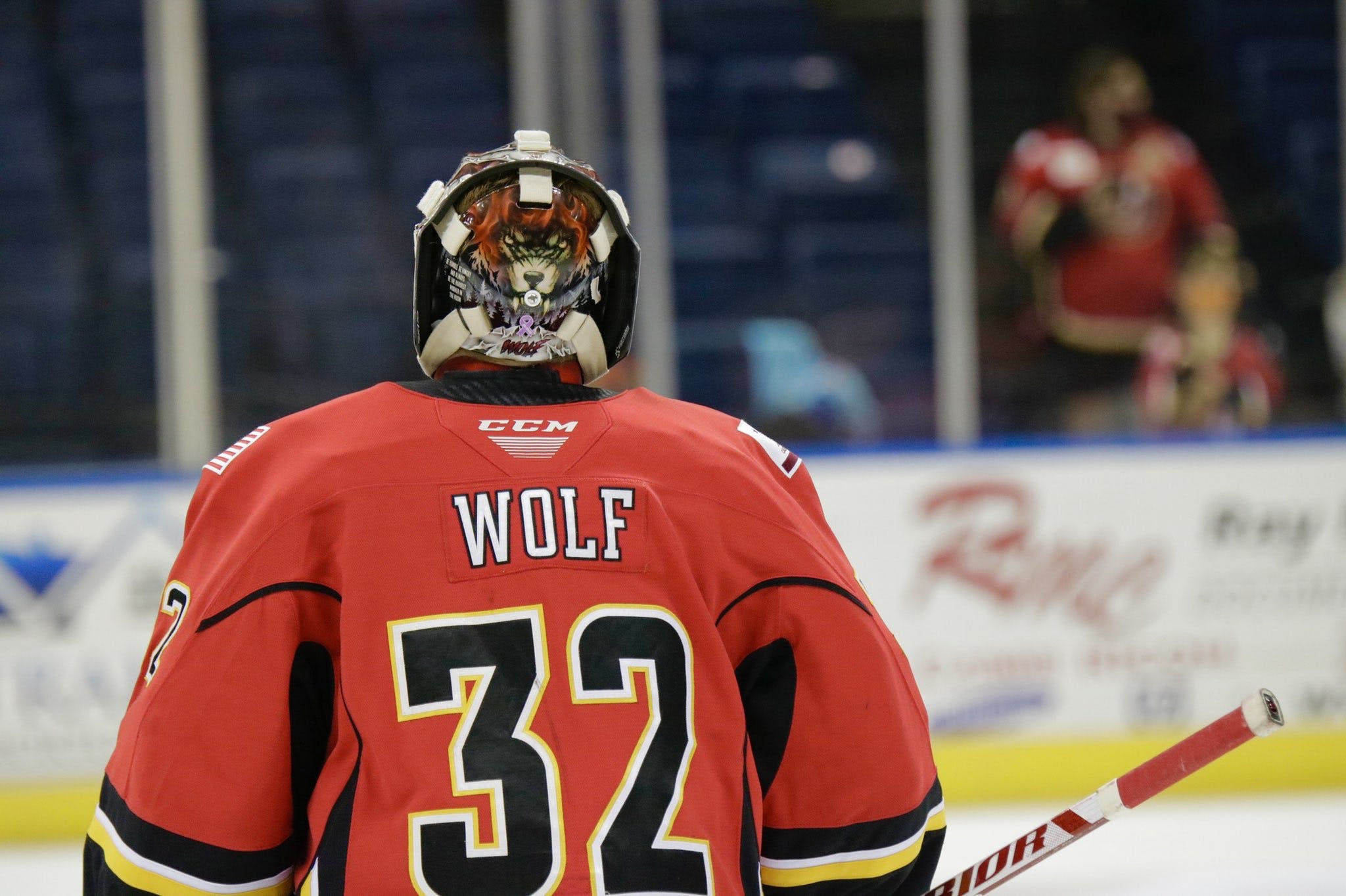 By Ryan Pike
4 months ago
The Calgary Flames hoped for a bounce-back effort on Saturday night in Penticton after dropping their opening game of the Young Stars Classic tournament on Friday night. While the Flames didn’t get in as much penalty trouble against the Edmonton Oilers as they did in their previous game, their defensive miscues continued to cause issues.
The Flames dropped their second game in as many nights, losing to Edmonton 4-1.

The opening period was pretty even, with both teams looking decent and exchanging chances (and goals). Noah Philp – brother of former Flames prospect Luke Philp – took advantage of some stationary defending from the Flames and broke into their zone with speed. He fired a shot off the rush that beat Dustin Wolf to give Edmonton an early 1-0 lead.
But the Flames answered back later in the opening period. Ilya Nikolaev and Yan Kuznetsov won some puck battles and created a turnover in Edmonton’s zone. That allowed Jack Beck a chance to shoot from the top of the circles, and his shot beat Olivier Rodrigue to tie it up 1-1. (Lucas Ciona was battling in front of the net.)
The Oilers dominated the second period, with the Flames registering only a few chances or shots. Edmonton took the lead off a shift where they had multiple chances and the Flames defenders couldn’t clear. Eventually, James Hamblin walked into the slot and beat Wolf low to make it 2-1 Oilers.
The Flames pressed early in the third period, but couldn’t generate strong chances early on. Midway through the period, Hamblin won a defensive zone face-off and started a rush into the Flames zone, ending with Dylan Holloway toe-dragging and beating Wolf low to give the Oilers a 3-1 edge.
Holloway added an empty-netter to give the Oilers a 4-1 victory.

Connor Zary stood out for the team in red, using his speed and creativity to try to generate scoring chances. Also impressing were Adam Klapka and Walker Duehr.
Wolf and Jakob Pelletier arguably had disappointing evenings. Wolf was victimized on three low shots, two stick-side and one glove-side, that he probably wanted back. Pelletier seemed to be running around and trying to do too much, something that he also did a bit against Vancouver.

The Flames have tomorrow as a practice day, then finish off their tournament on Monday afternoon against Winnipeg. It’s a noon MT start.