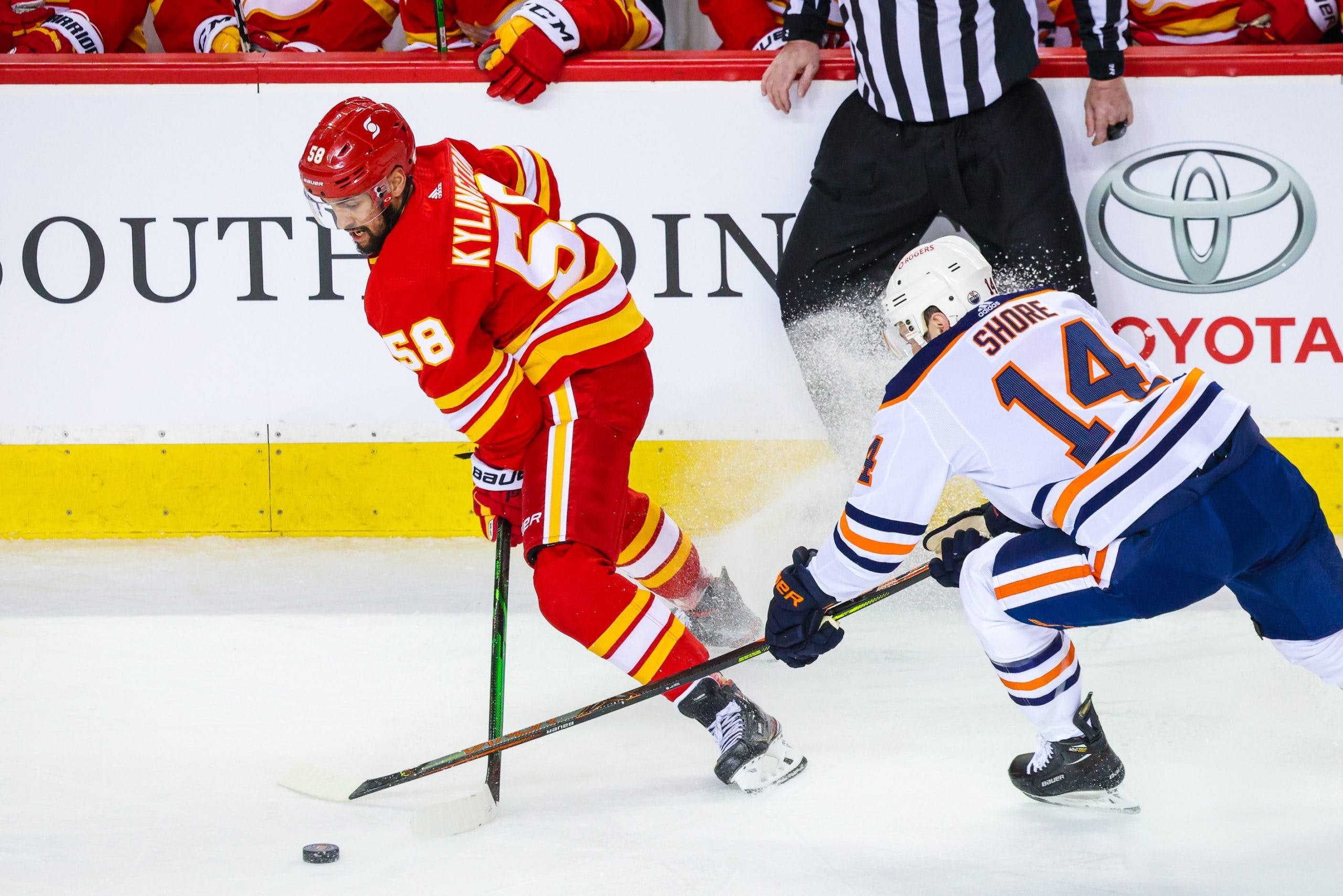 By Mike Gould
1 year ago
The Calgary Flames have re-signed defenceman Oliver Kylington to a one-year deal, the club announced Monday afternoon.
Kylington, 24, appeared in eight games with the Flames in 2020–21. His new deal carries a $750,000 salary cap hit in the NHL.
This is Kylington’s third NHL contract with the Flames. In parts of four NHL seasons dating back to 2015–16, he has appeared in 95 games and has amassed 16 points (five goals, 11 assists).
With his new two-way contract, Kylington will receive a $300,000 salary in the American Hockey League. Kylington’s AHL salary was a mere $70,000 on his previous contract (he earned $787,500 in the NHL in 2020–21).
The left-shooting rearguard averaged 13:05 of ice-time per game in 2020–21. He requires waivers to be assigned to the AHL.
Uncategorized
Recent articles from Mike Gould