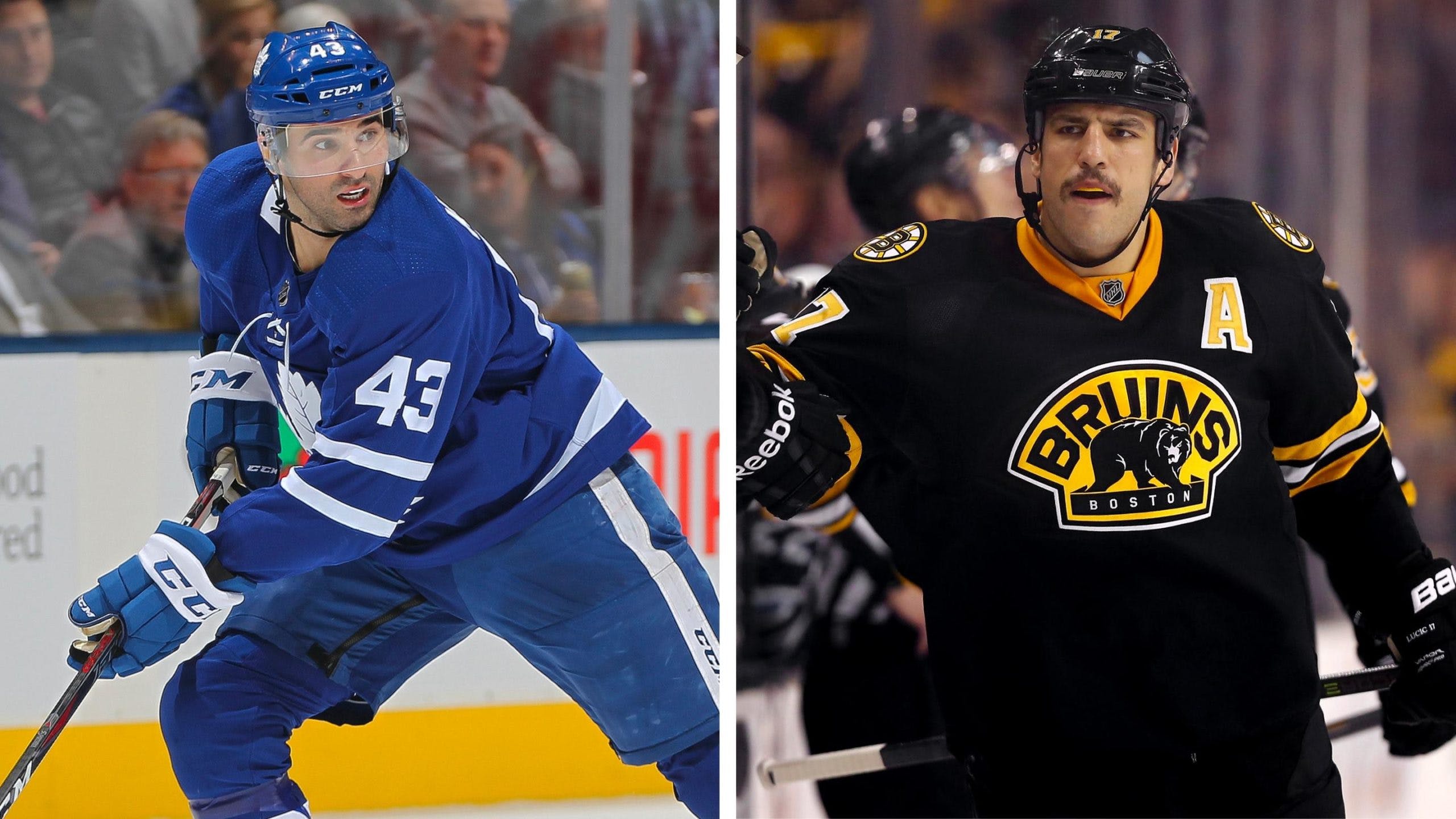 By Mike Gould
1 month ago
May 13, 2013 was a significant date for both Milan Lucic and Nazem Kadri.
At around 6:30 p.m. local time, the two rugged forwards took to the ice at TD Garden in Boston for warmups before what would become one of the most memorable games in recent hockey history: Game 7 of the Eastern Conference quarterfinal series between the Toronto Maple Leafs and the Boston Bruins.
Lucic, then 24, was at the top of his game as one of the most feared power forwards in hockey. Just two years removed from a 30-goal season and a Stanley Cup, the hulking winger had the chance to lock down his spot in the hearts of Bruins fans everywhere by helping lift his team to a series win over the hated Leafs.
Kadri was only 21 at the time and had just wrapped up a fantastic debut regular season in Toronto, scoring 44 points in 48 games. But he had yet to score his first career playoff goal, and no better time for it than in Game 7 against Boston … right?
Most hockey fans of a certain vintage know the story well. The Leafs held a 2–1 lead after two periods, and former Bruin Phil Kessel scored early in the third to make it 3–1 for Toronto. Even better: Kadri finally broke through to make it 4–1 with 14:31 to go in the third period.
But then … Toronto fans’ worst nightmare became a reality. Lucic picked up a goal and an assist in the final 11 minutes of regulation to help the Bruins miraculously tie the game at four. Patrice Bergeron scored to end the Leafs’ season in overtime. Heartbreak.
Kadri and the Leafs wouldn’t reach the playoffs again for another four seasons; Lucic went on to score 19 points in 22 playoff games as the Bruins reached their second Stanley Cup Final in three years.
Perhaps it’s fitting that the two players finally became teammates for the first time immediately after Kadri joined Lucic as a Stanley Cup champion.
“It’s funny how the hockey world works, you know?” Lucic said Saturday. “You have rivalries with guys, and Naz is a guy who plays with a chip on his shoulder. I think that’s what makes him a really good, special player.”
Kadri has come a long way since his early years with the Maple Leafs. He’s now reached the playoffs in each of the last six seasons and is coming off a successful run with the Colorado Avalanche where he scored 15 points in 16 games — and picked up a shiny new ring.
It might be a stretch to expect Lucic and Kadri to play much together during five-on-five play this season, but fans should expect to see them provide some similar qualities in their different roles this year: strength, shooting ability, and leadership among them.
At this point, they also both bring championship experience.
“That experience of playing in those huge games, I’ve learned as my career has gone on, that’s what you play the game for,” Kadri said. “Playing those highlighted moments where there’s two teams left and everybody’s watching.
“You dream about those games. That’s the pinnacle of hockey.”
Over the years, Kadri’s opponents in those huge games have gained an appreciation for the game he plays — even if they don’t necessarily like him much in the moment.
“He’s one of those guys you hate to play against, but you want him on your team,” Lucic added. “That’s exactly what it is right now. We’re both excited to be teammates and go out there and do our thing together.”