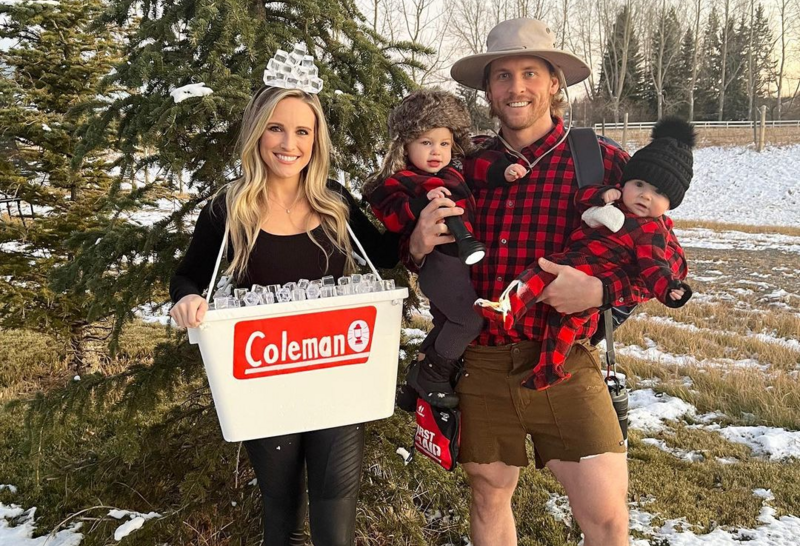 By Mike Gould
1 year ago
In case you missed it, Halloween was yesterday (or all weekend, depending on how you typically celebrate).
After exiting Saturday with a sixth consecutive win, many members of the Calgary Flames spent Sunday in a similarly cheery mood — albeit while wearing different costumes than their jerseys.
Many Flames players, often alongside their significant others and children, shared pictures of their Halloween get-ups on social media. Here’s a look at the five best costumes the Flames had to offer this past October 31.

Honestly, we’re not too sure what’s going on here. Is Mangiapane dressed as an orange? A pumpkin pie? It’s hard to tell from the video, which appears to have been recorded at a Flames team Halloween party. If you know what his costume is supposed to be, please let us know in the comments.
Anyway, get you a friend who dances with you like Mikael Backlund dances with Andrew Mangiapane. Hey, speaking of Backlund… 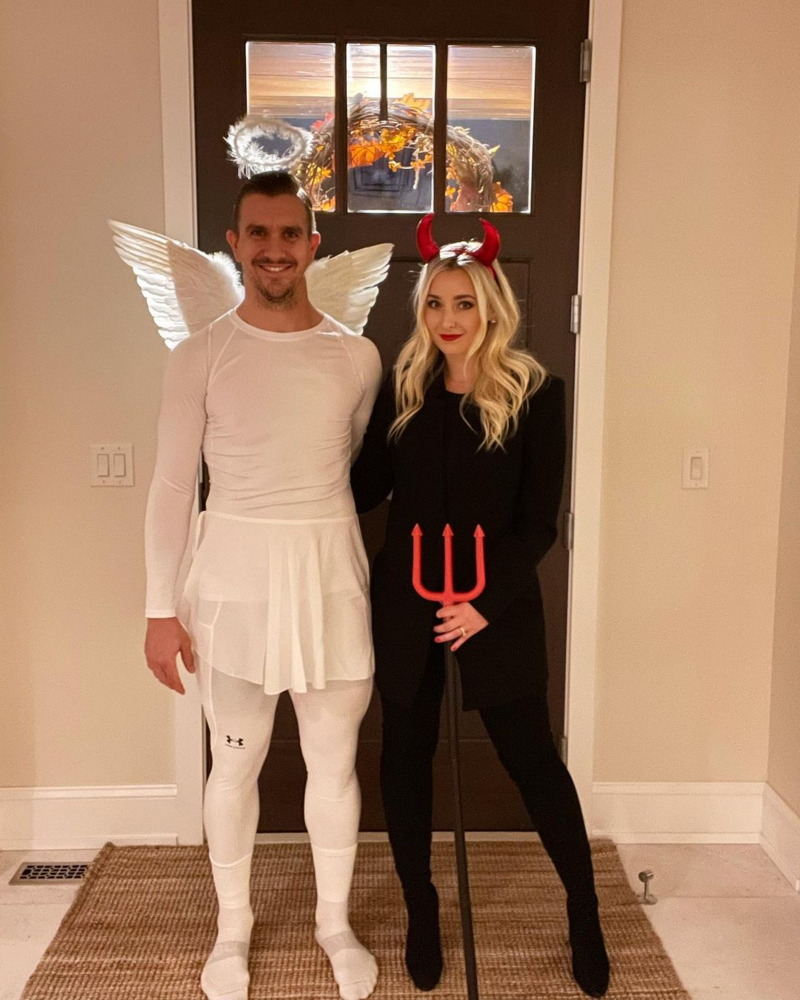 Angels love their Under Armour. Everybody knows this. 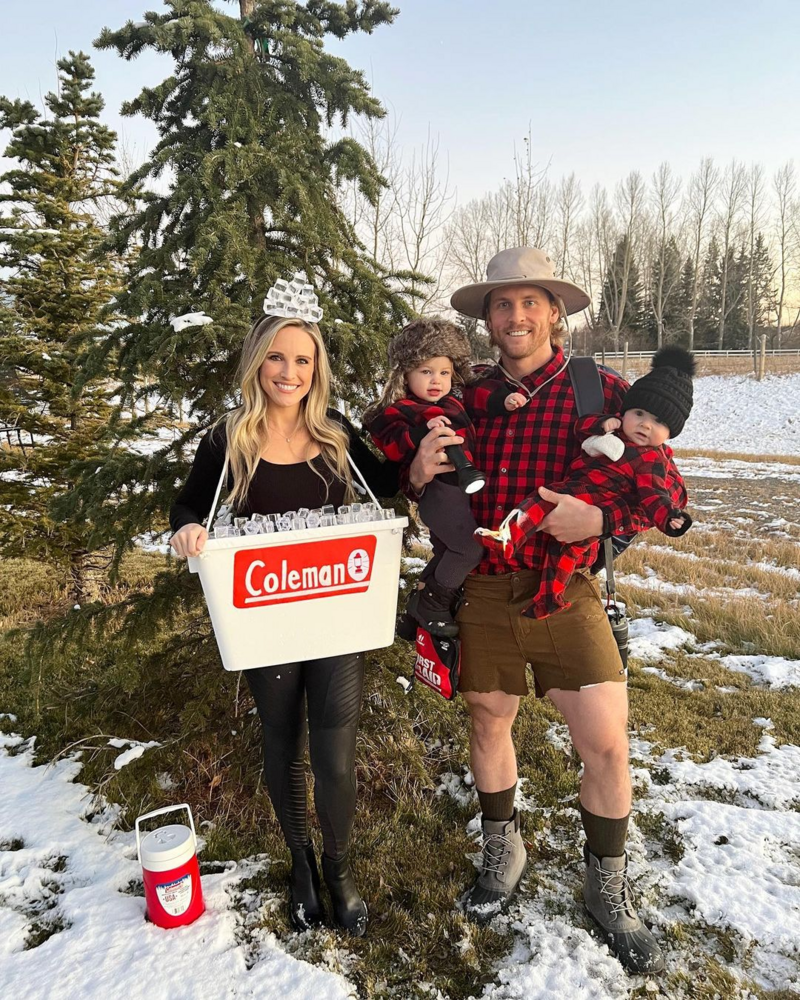 @Blake Coleman might beat Sidney Crosby and Martin St. Louis in a “best hockey thighs” contest. Also, he needs to start wearing that hat to the rink on game days.
(“Coleman” is the name of a brand of outdoor recreation products, by the way.) 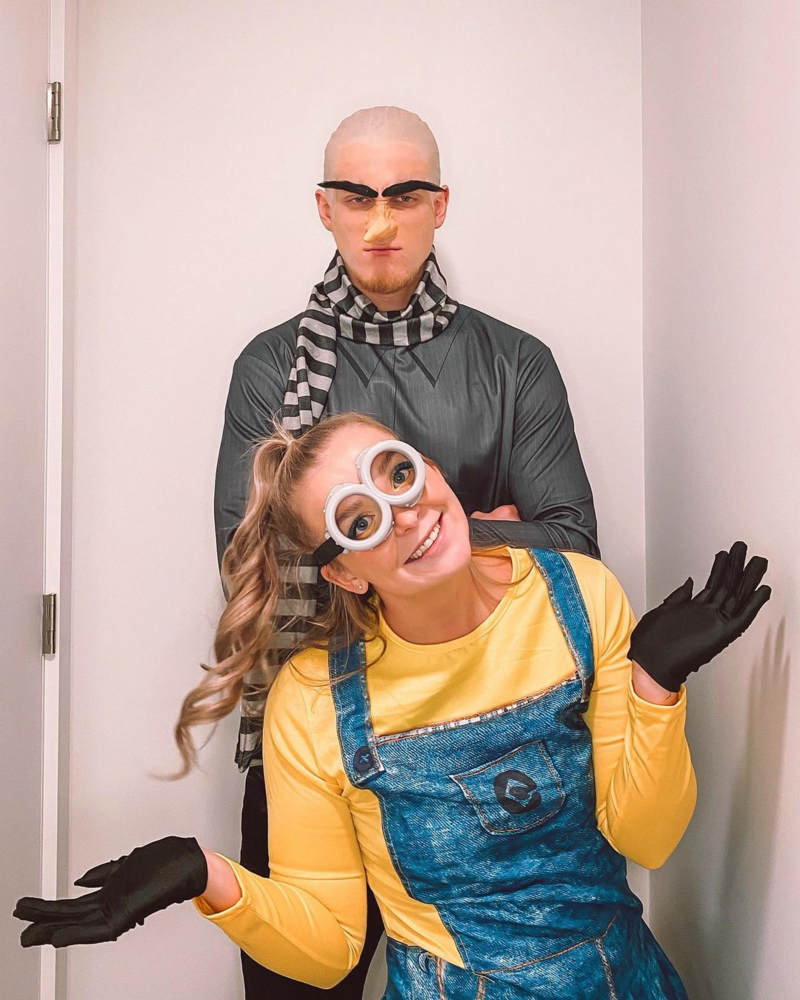 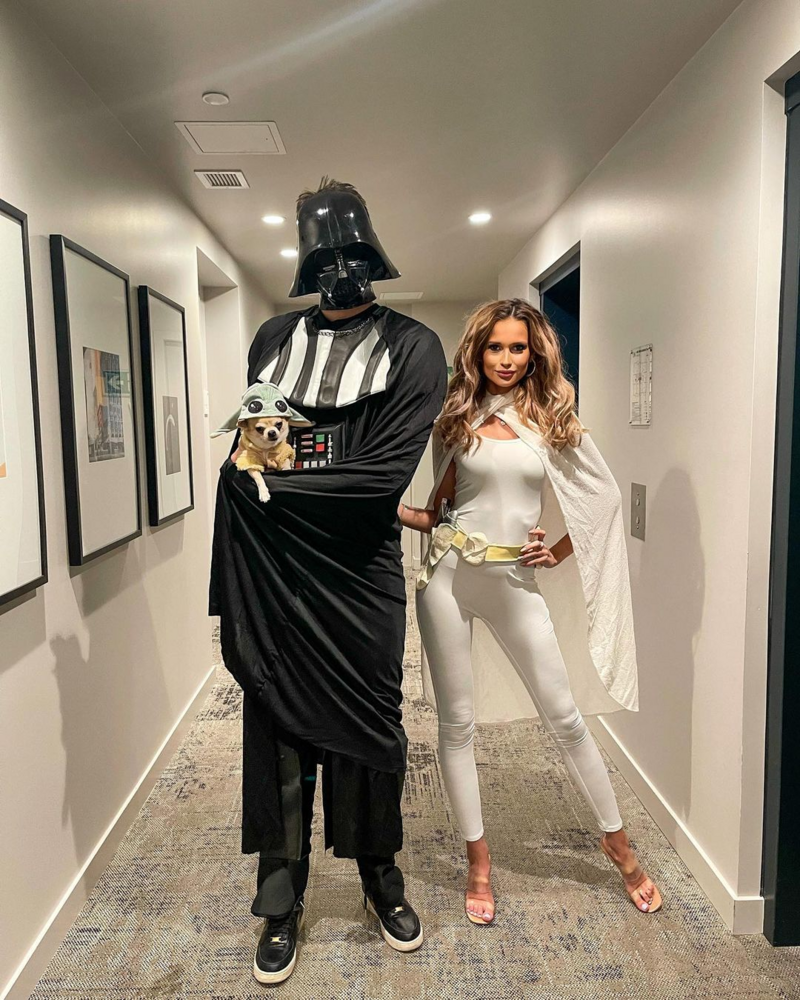 Has an NHL goalie ever worn a Darth Vader-inspired mask during a game? If not, Dan Vladar should absolutely be the one to start the trend.
Extra points for the Yodog.
The Flames will return to action — hopefully without being weighed down by too much Halloween candy — on Nov. 2, when they welcome the Nashville Predators to the Scotiabank Saddledome.
Uncategorized
Recent articles from Mike Gould