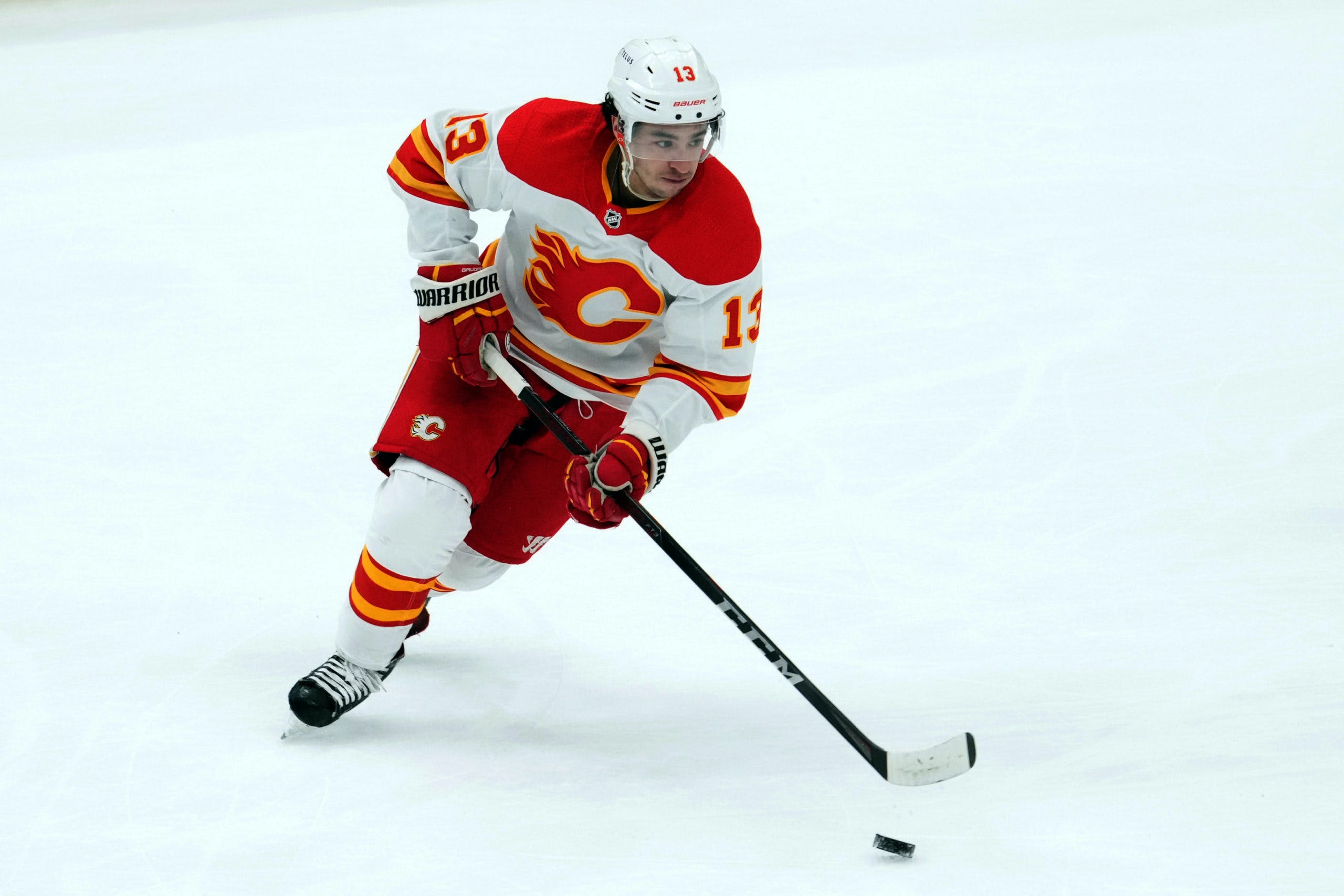 By Mike Gould
11 months ago
Calgary Flames forward @Johnny Gaudreau was mic’d up by Sportsnet while he participated in the accuracy shooting event at the 2022 NHL All-Star Skills Competition in Las Vegas.
After he missed his first shot in the event, Gaudreau managed to censor himself quicker than he can skate or handle the puck.
“Oh fudge, I’m in one now, I’m in one now,” Gaudreau said sheepishly when his first shot sailed above its intended target. The 28-year-old forward also sent his second shot high, after which he briefly mixed up which passer he needed to look at to receive his next puck (“oh, wrong side,” he exclaimed).
Gaudreau recovered admirably after his back-to-back misses, hitting targets on each of his next three shots. Finally, after one last miss, Gaudreau smashed the bottom-right target to complete his four-for-seven attempt.
Gaudreau hit all four targets in 17.811 seconds, which wound up being the fifth-best time of the nine competitors in the event. Carolina Hurricanes forward @Sebastian Aho finished in 10.937 seconds after going four-for-four.
Prior to the 2022 skills competition, Gaudreau had never participated in the accuracy shooting event. He’s been one of Calgary’s top sharpshooters in 2021–22, having scored 18 goals (and 54 points) through his first 42 games.
Edmonton Oilers forward @Leon Draisaitl finished last in the accuracy shooting event with a time of 36.543 seconds. Here’s the full breakdown of the results:
Gaudreau and the rest of his Pacific Division teammates will suit up for the opening game of the three-on-three All-Star tournament against the Metropolitan Division on Saturday at 1:00 p.m. MT.