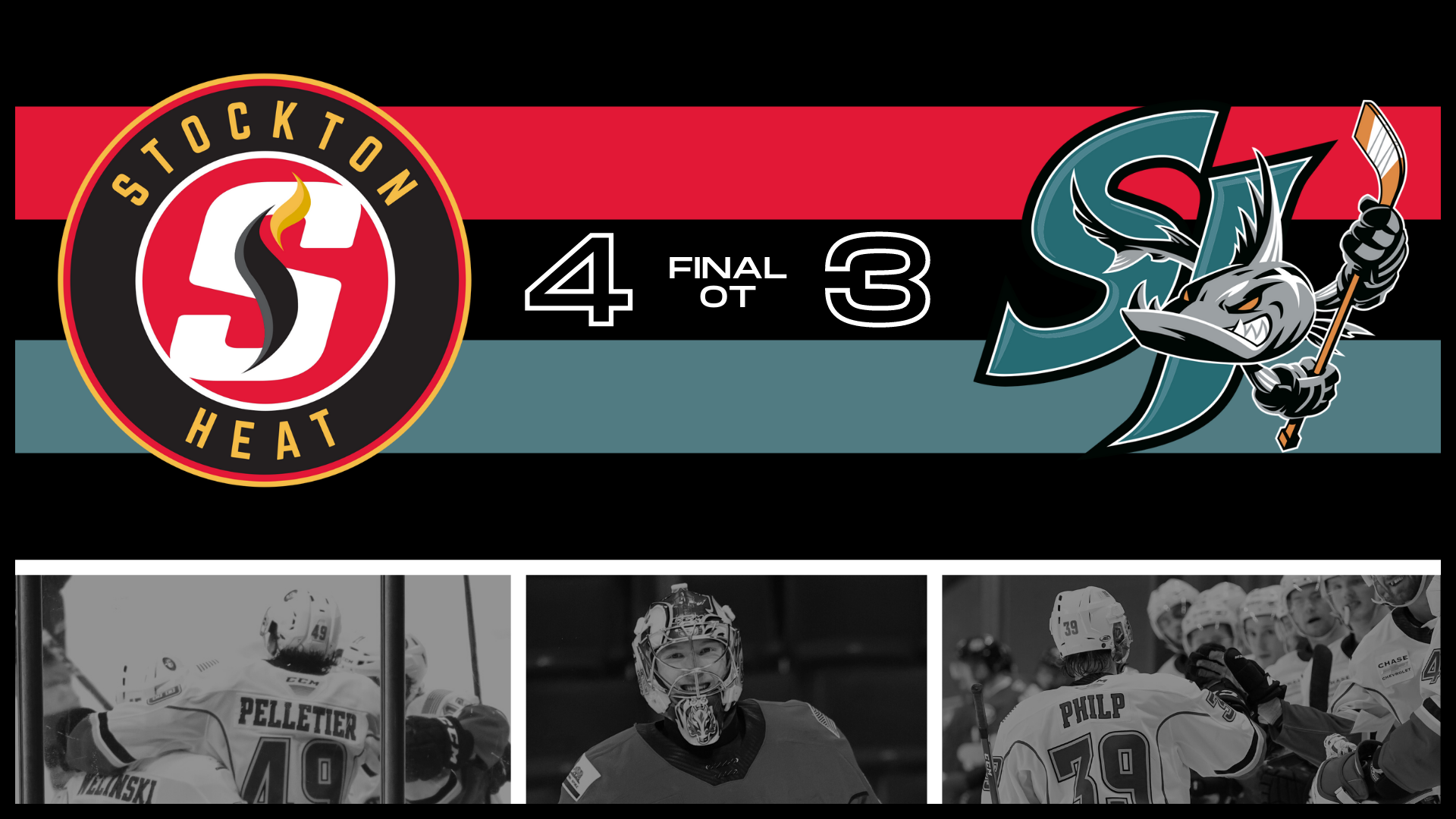 By Paige Siewert
10 months ago
The Stockton Heat needed a good outing on Saturday night to make up for their two previous losses. They were already down a game on the weekend series and could really use a change in pace to get them going through the month of March. Luckily, Saturday’s match-up against the San Jose Barracuda woke up some early scoring for the Heat and earned them a 4-3 OT win.

The one goal, one assist club

Three Heat skaters finished the night with two points (one goal and one assist). They were Emilio Pettersen, Juuso Valimaki, and Luke Philp. Kicking things off in the first period was one-sided scoring from the Heat’s end. Philp opened up the scoring at 3:50 into the first with a pretty impressive redirect that was set up by Nick DeSimone and Kevin Gravel.
Walker Duehr was the next skater to find the back of the net with his first goal since January 9th. This goal came just past the midway mark of the first period. It was a beauty of a shot he really got his whole body behind. Assists went to Pettersen and Valimaki.
Shots were dead even at nine after the first 20 minutes. The Barracuda were able to answer back and scored their first of the night at 10:04 into the second period. Before the end of the second, Pettersen picked up his second point of the night. This time with a goal. It was one wacky play starting off with Dmitry Zavgorodniy getting laid out by a Barracuda skater then Pettersen finishing the play with a broken stick. Zavgorodniy’s assist on this goal was recorded as his first point of the season as he played in his eighth game of the year.
The Heat went into the second period with a pretty nice 3-1 lead but the third got the best of them. They gave up two more San Jose goals and when the final seconds of regulation ticked down, neither team had the advantage. Stockton was ahead in shots 37-30 going into overtime.
All the Heat needed was 52 seconds to score the game-winner. It was Valimaki that was the overtime hero in this one. This was his second goal in back-to-back nights. Valimaki was in the right place at the right time with an assist going to Matthew Phillips and Dustin Wolf. A good time for Valimaki to emerge in his scoring.
Dustin Wolf stopped 28 of 31 shots and played a solid night of hockey. It’s not every day the starting goaltender makes it to the scoresheet with a point either.

This whole game played out without either team getting a power play. The only time that was spent in the box was an offsetting fighting major in the final two minutes of the second period. The lack of special teams kept things even-strength most of the night and allowed the game to move quickly. Even with overtime, they finished up in two hours and 20 minutes.
Stockton’s penalty kill percentage still leads the league sitting at 87.3%. 2.2% ahead of the next team behind them, the Iowa Wild.

The Heat haven’t played many mid-week games as of late. Not since mid-January to be exact. They are done for the weekend now but come next week, they will be back getting some more mid-week games in. They will host the San Diego Gulls on Wednesday night before they hit the road to face the San Jose Barracuda once again on Friday night. They will finish off their week back on home ice against the Barracuda to finish up that two-game series.
The puck drop for Wednesday’s game against San Diego will be at 7:30 p.m. MT.