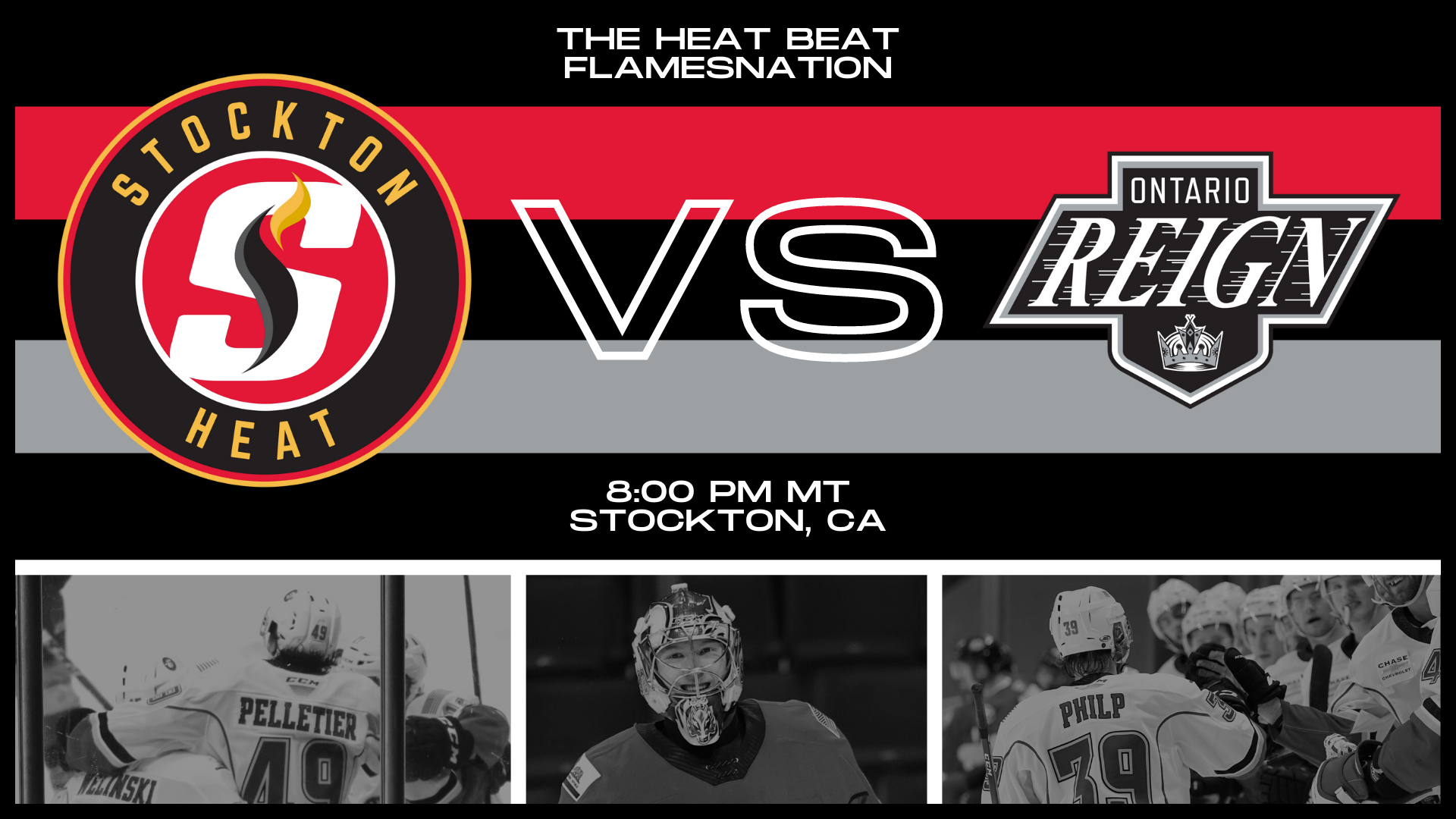 By Mike Gould
11 months ago
The Stockton Heat will take to the ice for the first time in a week on Friday when they play host to the Ontario Reign for the first game of a back-to-back set at Stockton Arena.
Friday’s game will be the first meeting between these two teams since Stockton’s “Thunder Night” back on Jan. 29. @Matthew Phillips scored the winning goal on a night where Heat defenseman @Juuso Valimaki was ejected for physical abuse of officials (and assessed an automatic three-game suspension). Valimaki will serve the final game of his ban on Friday.
Phillips also netted the winner in Stockton’s most recent game, a 2–1 victory over the Abbotsford Canucks on Feb. 4. @Glenn Gawdin and @Johannes Kinnvall picked up the helpers on Phillips’ sharp-angle snipe.
Heat goaltender @Dustin Wolf made 36 saves in the 2–1 win over Abbotsford. With the second-best team in the Pacific Division in town, expect Wolf to kick off the back-to-back series (and potentially play both ends).
Ontario has two of the AHL’s top-10 point-getters this season in T.J. Tynan (48 in 31 games) and @Martin Frk (40 in 32). The Reign rank second in the Pacific Division (and fourth in the AHL) with a .716 points percentage; the Heat now lead the entire league with a .757 in that category.

Stockton — It’s been a bit of a rough go of late for Walker Duehr, who has just one goal in his last 14 games. The NHL’s first South Dakota-born player has been a slight disappointment after threatening for a job with the Calgary Flames in training camp, scoring five goals and 14 points in 29 games with the Heat this season. Duehr is a 24-year-old right wing who stands 6’3″ and weighs 205 lbs.
Ontario — Veteran forward T.J. Tynan has long been one of the AHL’s top playmakers, and this season has been no exception. The 29-year-old centre already has 40 assists — leading the AHL by a significant margin — in 31 games with the Reign this season. A third-round pick of the Columbus Blue Jackets back in 2011, Tynan has one assist in 21 career NHL games with Columbus and Los Angeles over parts of three seasons.