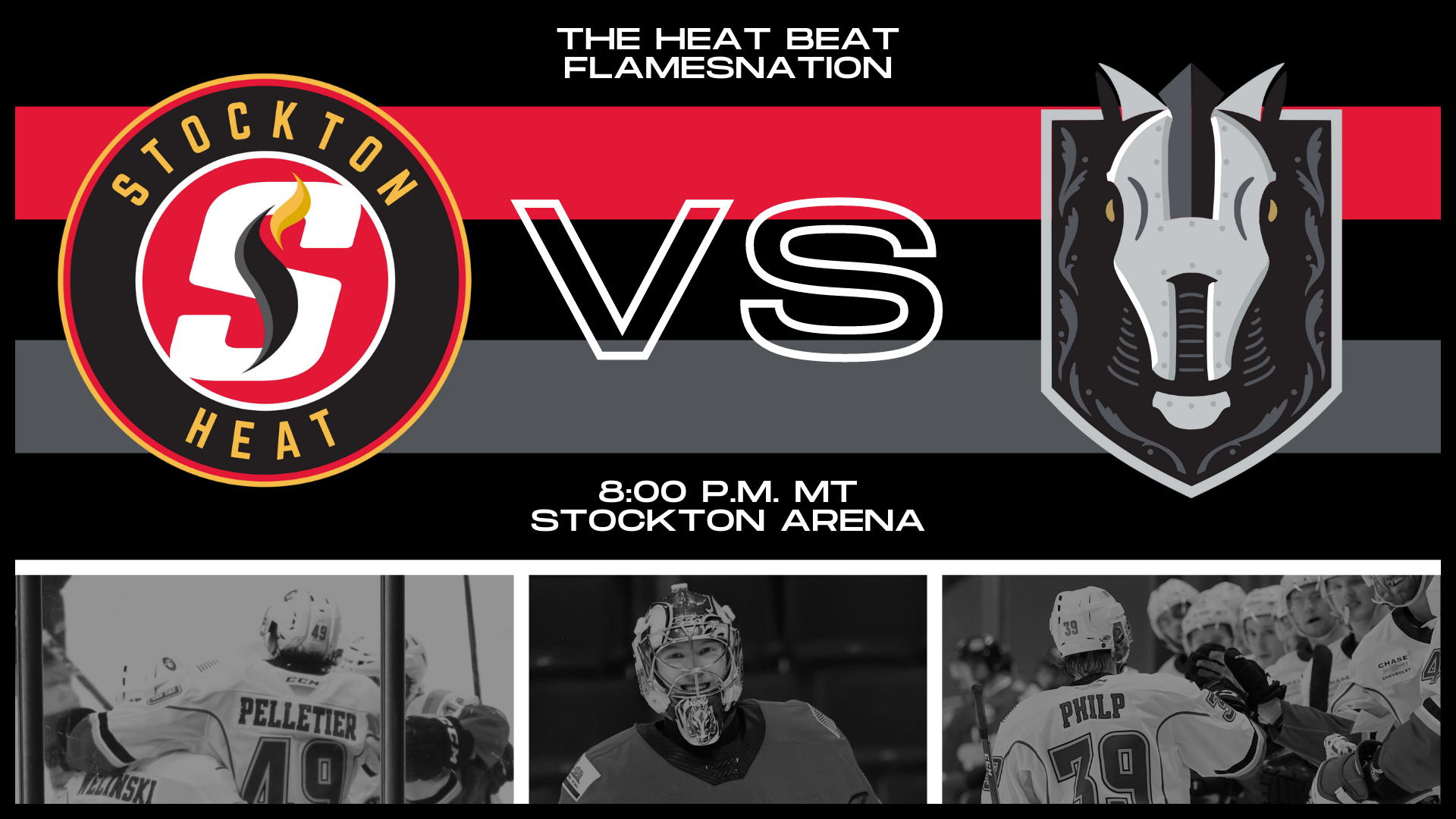 By Mike Gould
1 year ago
The Stockton Heat will look to kick off a new winning streak when they take on the Henderson Silver Knights on Thursday.
@Dustin Wolf is expected to tend the pipes for Stockton after sitting out each of the team’s last two games.
Individually, Wolf’s two most recent outings have left a lot to be desired. The 20-year-old goaltender allowed nine goals on 55 shots between his appearances in Ontario on Jan. 9 and Henderson on Jan. 12.
While he won the first of those two games, Wolf suffered only his second regulation loss in 20 appearances this season during what was a 5–2 Heat loss to the Silver Knights (which was also the most recent meeting between these two teams).
Henderson is one of the few AHL teams against which Stockton currently has a losing record. After winning their first-ever meeting 3–2 on Nov. 12, the Heat fell 4–3 the following night before suffering the aforementioned 5–2 setback last week.
Stockton is coming off a 3–2 loss to the San Diego Gulls on Wednesday. @Adam Werner stopped 28 of 31 shots in the loss; @Justin Kirkland scored both of Stockton’s goals. The Gulls won despite dressing only 16 skaters in the game.
Henderson is coming off a 5–2 loss to the Ontario Reign on Jan. 15. The Silver Knights (16–10–3) currently rank third in the AHL’s Pacific Division; the Heat (22–7–3) still sit in first place.

Stockton — Calgary Flames top prospect @Jakob Pelletier had an assist in his return to the Heat lineup on Wednesday. The 20-year-old winger missed a week of action while in the AHL’s COVID-19 protocol. Pelletier hasn’t scored a goal in his last six games — although he has four assists in that time — and @Matthew Phillips is rapidly gaining on him in Stockton’s scoring race.
Henderson — Silver Knights forward @Pavel Dorofeyev enters Friday’s game on a seven-game point streak. The 21-year-old forward has 10 points in his last seven contests and is up to 14 goals and 26 points in 29 AHL games this season. Vegas originally selected Dorofeyev in the third round of the 2019 NHL Draft.