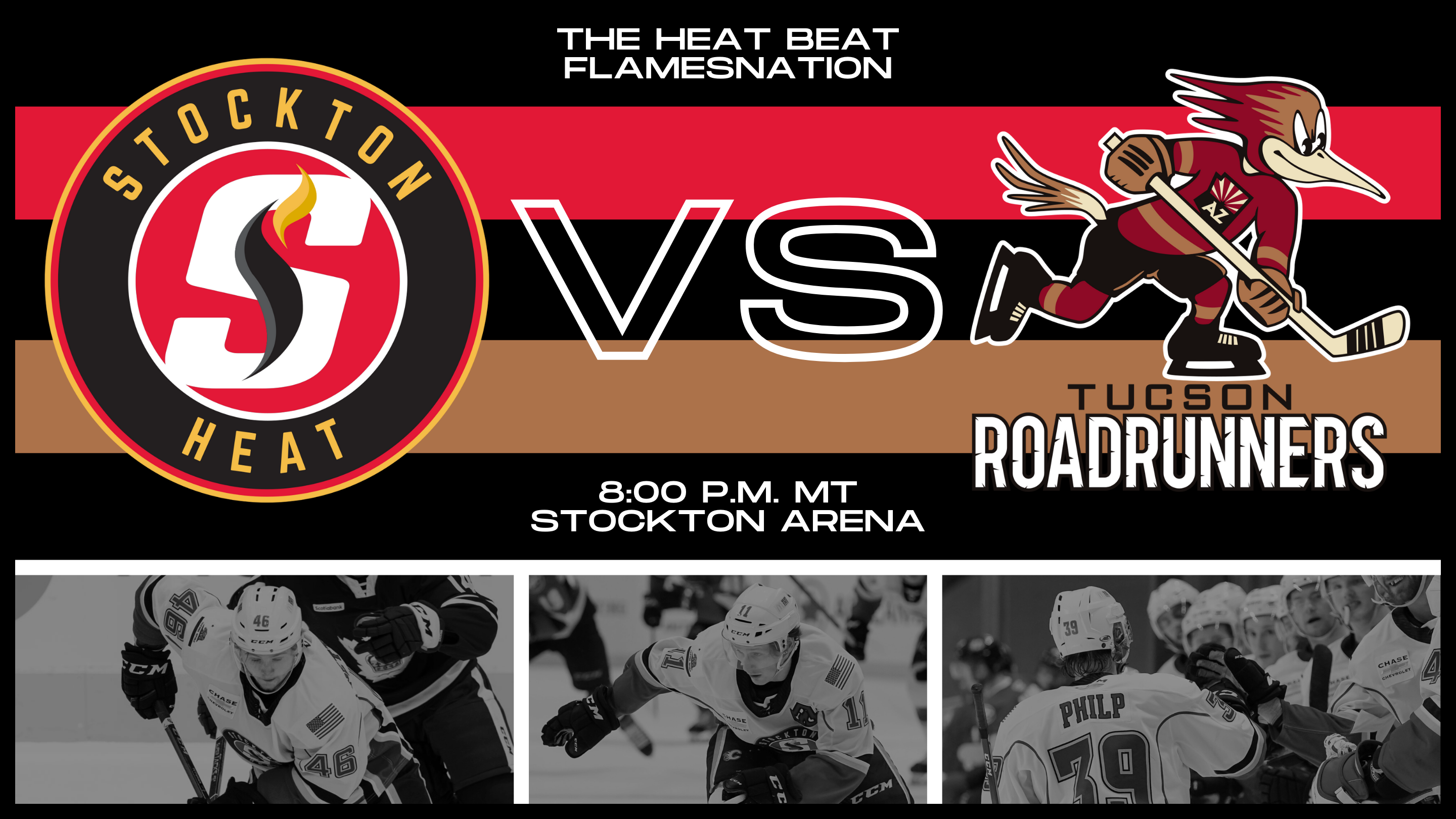 By Mike Gould
1 year ago
Stockton Heat hockey is back!
The Calgary Flames’ American Hockey League affiliate will kick off its 2021–22 season tonight when the Tucson Roadrunners visit the Stockton Arena for a game at 7:00 p.m. local time (8:00 p.m. MT on AHL TV).
Friday’s game will be the first behind the bench for new Heat head coach Mitch Love, who replaced the promoted Cail MacLean during the off-season.
It’ll also be Stockton’s first game back in the United States since the 2019–20 season. The club spent the entire 2020–21 campaign playing out of Calgary’s Scotiabank Saddledome due to logistical concerns created by the COVID-19 pandemic.
Note: AHL TV is running a free preview of their streaming service from Oct. 15 to 17, so you’ll be able to watch this game for FREE by signing up at https://www.watchtheahl.com/.

Stockton — Matthew Phillips. After a somewhat disappointing NHL training camp with the Flames, Phillips is back with the Heat to try and take another step forward in his quest to become a big-leaguer. He led the 2020–21 edition of the Heat with 22 points in 30 games, tying his linemate Adam Ruzicka for that distinction, but his production noticeably slowed down as the season progressed.
Tucson — Liam Kirk. The first British-trained player to be drafted by an NHL team, Kirk will make his AHL debut Friday with Tucson. He signed an entry-level contract with the Arizona Coyotes in the off-season after he tied for the 2021 IIHF World Championship tournament lead with seven goals.

This game will be broadcast on AHLTV.com (subscription required) and on Spreaker (audio only), with the opening puck-drop set for 8:00 pm MT. Live game updates can be found on Twitter at @miketgould or online at TheAHL.com.
Uncategorized
Recent articles from Mike Gould