HGD 12: Looking to stay undefeated in regulation after matinee in Ontario (4:00 p.m. MT) 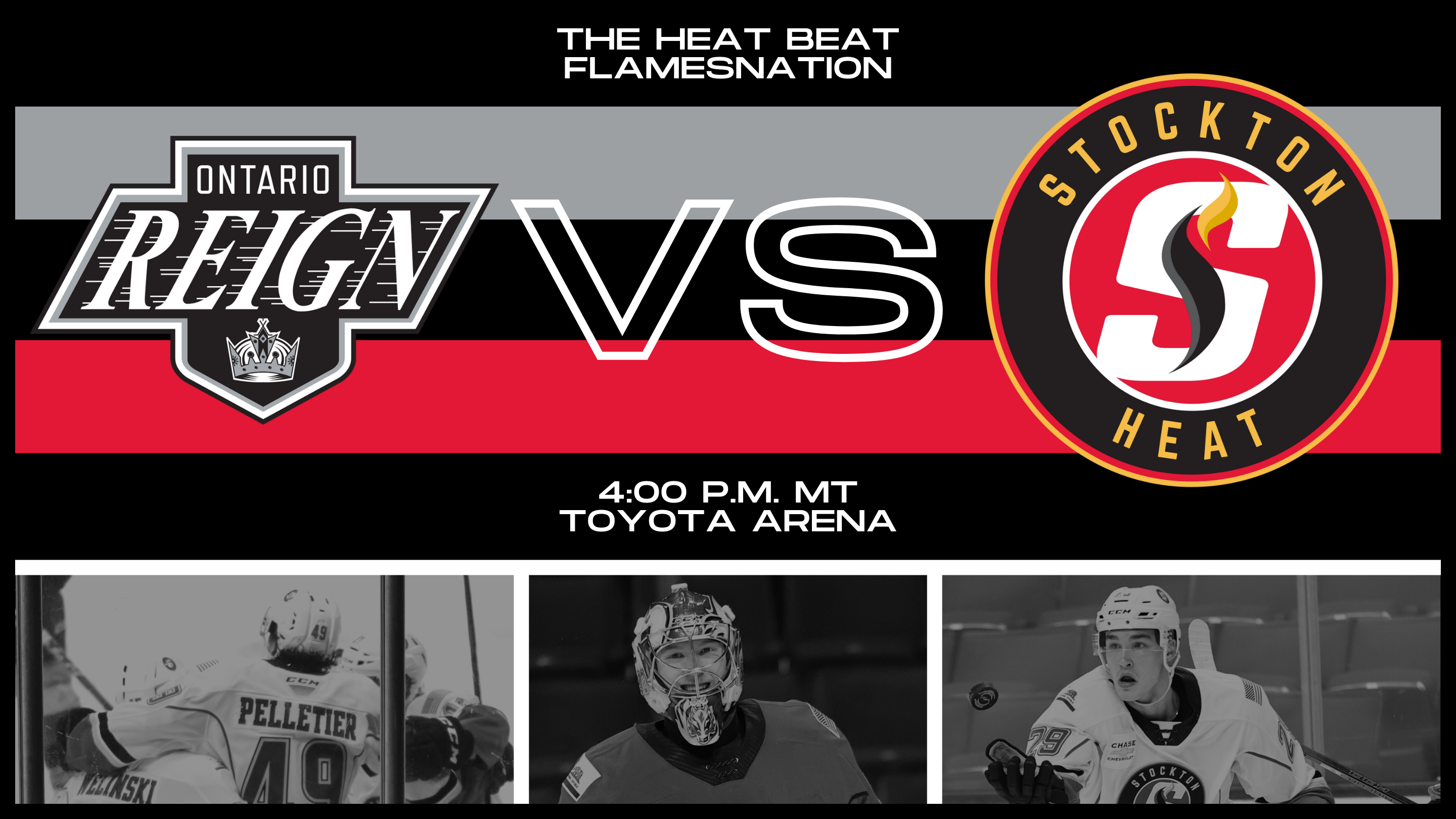 By Mike Gould
1 year ago
The Stockton Heat had seven days off after falling 4-3 in overtime to the Henderson Silver Knights on Nov. 13. That loss snapped Stockton’s nine-game winning streak that started against Tucson on opening weekend.
Stockton is still riding an 11-game point streak that originated with their 1-0 overtime loss to Tucson in the season opener. The Heat currently rank first in the American Hockey League’s Pacific Division with a 9-0-2 record.
They’re in for a tough test on Sunday when they kick off a back-to-back set with the Ontario Reign. The Los Angeles Kings’ AHL affiliate sits right behind Stockton in the standings with a 10-1-1 record, bolstered by the excellent play of @Martin Frk on the top line.
Frk, a 28-year-old veteran of 118 NHL games, has nine goals and 20 points in just 12 contests with the Reign this season. He’s the cornerstone piece of an extremely deep Reign squad.
Of course, Stockton also has plenty of depth. Sunday’s game will be the fourth of the season for @Connor Zary, who sat out the first month of play while dealing with a foot injury.
The 2020 first-round pick is currently playing centre on Stockton’s third line with AHL mainstays @Byron Froese and @Justin Kirkland on his flanks. Talk about depth.
@Dustin Wolf (5-0-2, .930 SV%) will likely get the start in goal for Stockton on Sunday. @Garret Sparks (4-0-0, .908 SV%), Wolf’s former teammate with the Heat, could man the pipes at the other end of the ice.

Stockton — @Kevin Gravel. The 29-year-old Gravel played parts of three seasons with the Reign during his time in the Los Angeles Kings organization. He also played 70 NHL games with the Kings during that span, including 54 under the tutelage of current Flames coach Darryl Sutter. Gravel has a goal and two assists in 11 games with the Heat this season.
Ontario — @Brett Sutter. Remember Sutter? Once a teammate with Jarome Iginla, Todd Bertuzzi, and Mike Cammalleri on the 2008–09 Calgary Flames, Sutter is still playing professional hockey over a decade later as the captain of the Los Angeles Kings’ AHL affiliate. Now 34, Sutter played 18 games over parts of three seasons with the Flames before being traded (by his father, Darryl) to the Carolina Hurricanes in 2010.

Sunday’s matinee game will be broadcast on AHL TV (subscription required) and on Spreaker (audio only), with the opening puck-drop set for 4:00 p.m. MT.
FlamesNation contributor Paige Siewert will provide live game updates on her Twitter account. Additionally, you’ll be able to follow along at TheAHL.com.
Uncategorized
Recent articles from Mike Gould