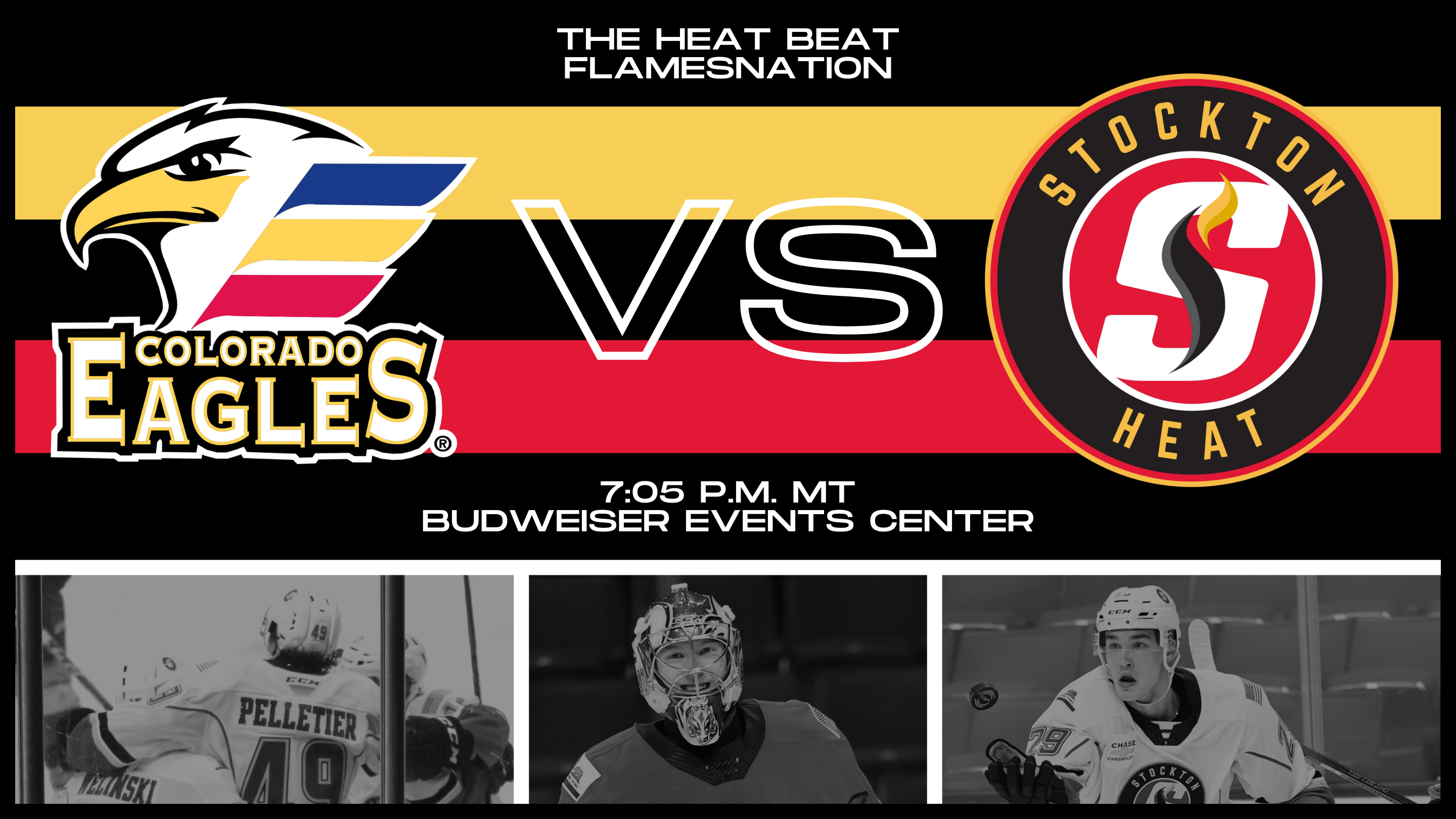 By Mike Gould
1 year ago
The Stockton Heat (10–1–2) will be without their No. 1 centre on Friday when they take on the Colorado Eagles (6–7–2) at the Budweiser Events Center in Loveland, CO.
The Calgary Flames recalled @Adam Ruzicka to the National Hockey League on Thursday, leaving the Heat without their leading scorer for the immediate future.
One consolation for Stockton fans: @Walker Duehr is back with the Heat. Calgary returned the 24-year-old winger to the American Hockey League on Nov. 24 after one NHL game and 20 days collecting a hefty paycheque on the big club.
Ruzicka is a big loss for the Heat. The 22-year-old centre leads the entire AHL with 10 goals in 13 games this season. @Glenn Gawdin will likely slide up to the first line in Ruzicka’s absence.
This is the second matchup of the season between the Heat and the Eagles. Stockton beat Colorado by a 6–3 score on Oct. 30, with Ruzicka picking up a hat trick and @Adam Werner making 28 saves in the win.

Stockton — @Glenn Gawdin. Tonight’s game could be a massive test for Gawdin, who is off to an excellent start with 13 points in 11 games this season. The 24-year-old centre is set to become an unrestricted free agent after the 2021–22 season and this could be his final opportunity to force his way into the Calgary Flames’ lineup on a full-time basis. If Ruzicka can’t carve out a niche in the NHL on his current call-up, Gawdin could be the next Heat player to make the jump.
Colorado — @Jacob MacDonald. One of the most experienced players on this Eagles team, MacDonald spent most of the 2020–21 season playing with the Colorado Avalanche and was surprisingly effective in his 33 NHL games with the team. The 28-year-old defenceman amassed nine points in those games and managed to drive play at both ends of the ice.

Friday’s game will be broadcast on AHL TV (subscription required) and on Spreaker (audio only), with the opening puck-drop set for 7:05 p.m. MT.
FlamesNation contributor Paige Siewert will provide live game updates on her Twitter account. Additionally, you’ll be able to follow along at TheAHL.com.
Uncategorized
Recent articles from Mike Gould