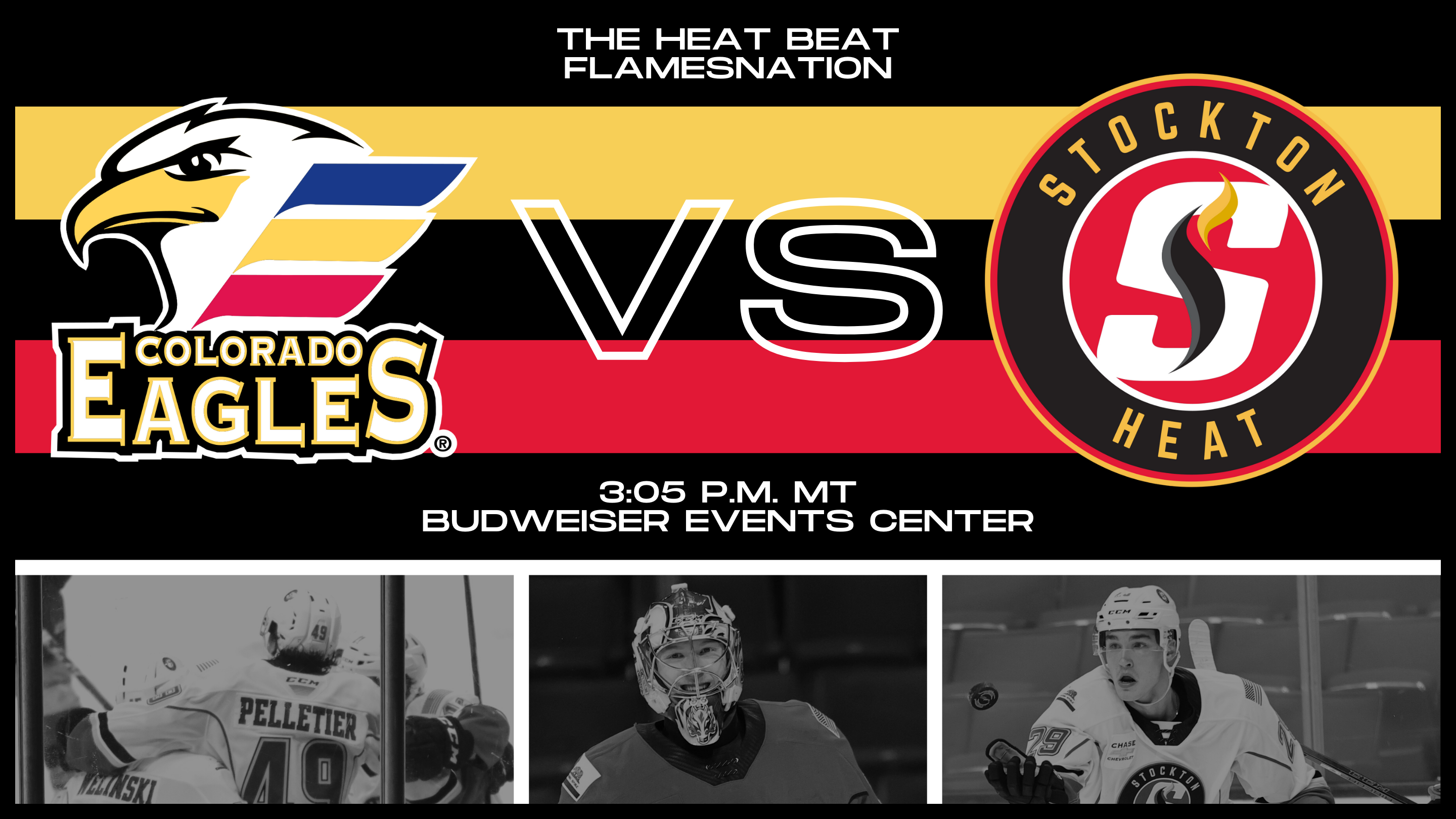 By Mike Gould
1 year ago
Despite losing @Adam Ruzicka to a National Hockey League recall, the Stockton Heat received some reinforcements for their game against the Colorado Eagles on Nov. 26.
@Walker Duehr returned to the Heat lineup after spending nearly three weeks in the NHL. @Martin Pospisil played his first game since suffering an injury against the Abbotsford Canucks on Nov. 5. Both Duehr and Pospisil picked up a single primary assist in Stockton’s 3–2 overtime victory over the Eagles on Friday.
@Byron Froese and @Glenn Gawdin scored in regulation for the Heat on Friday before @Jakob Pelletier netted the winner in extra time. Heat goaltender @Dustin Wolf improved to 7–0–2 with a .932 SV% in the 2021–22 season after making 30 saves in the victory.
@Jordan Gross and @Cal Burke scored for Colorado, which fell to 6–7–3 with the loss. The Eagles currently rank seventh out of the nine teams in the American Hockey League’s Pacific Division.
Stockton and Colorado will complete their back-to-back set at Budweiser Events Center in Loveland, CO with a 3:05 p.m. matinee on Saturday.

Stockton — @Adam Werner. A 2016 fifth-round draft pick of the Colorado Avalanche, Werner spent parts of three seasons playing for the Avs’ AHL affiliate — including two with the Eagles — before signing with the Calgary Flames as a free agent in 2021. Werner, 24, played his first two NHL games as a member of the Avalanche in 2019–20, going 1–1–0 with a .914 save percentage.
Colorado — @Dalton Smith. With 398 AHL games under his belt, Smith is one of the league’s most fearsome fighters. The 29-year-old winger squared off with @Alex Gallant early in Friday’s game — could we see a rematch on Saturday? Smith played his only NHL game as a member of the Buffalo Sabres on Dec. 31, 2019, logging just four shifts and 1:26 of total ice time in a 6–4 loss to the Tampa Bay Lightning.

Saturday’s game will be broadcast on AHL TV (subscription required) and on Spreaker (audio only), with the opening puck-drop set for 3:05 p.m. MT.
FlamesNation contributor Paige Siewert will provide live game updates on her Twitter account. Additionally, you’ll be able to follow along at TheAHL.com.
Uncategorized
Recent articles from Mike Gould