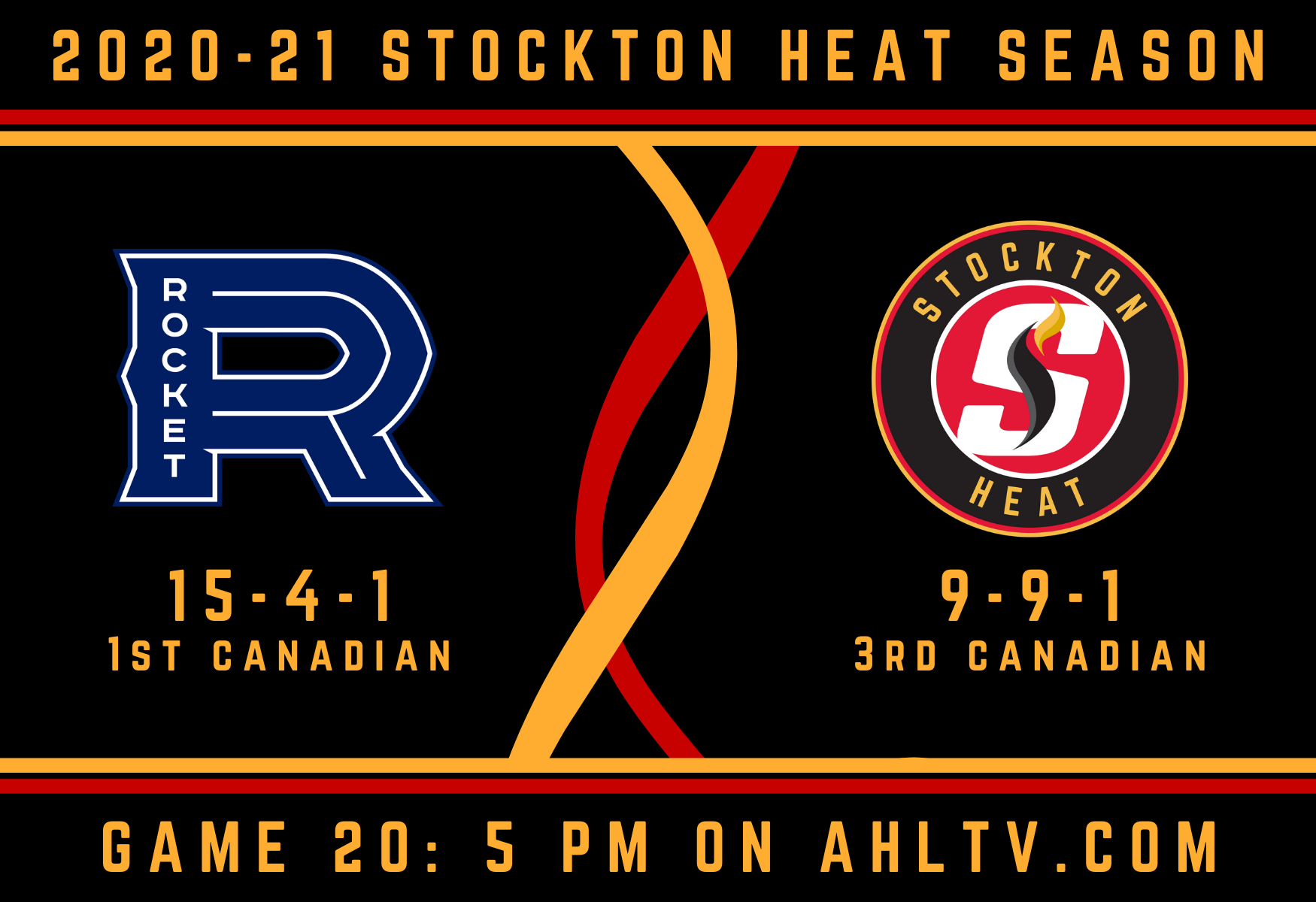 By Mike Gould
1 year ago
The Stockton Heat have played four games against the Laval Rocket this season. They have not won a single one of them.
On Friday, they’ll look to change that and get back above .500. The Heat are in Laval for a three-game series that will be critical in determining how the Canadian Division standings will look at the end of the year.
Stockton (9-9-1) has lost eight of its last nine games, including four in a row to Laval, following an eight-game winning streak earlier in the season. The Rocket passed Stockton for first place in the division in late March and, at .762 on the year, now sit 13 points ahead of the third-place Heat.
Here’s a not-so-fun fact: The Heat have allowed 60 goals in 19 games this season, the most of any team in the North Division. Only six other AHL teams have surrendered more goals this season. In better news—Stockton has scored 62 goals this season, ranking behind just seven other teams.
One of those seven teams is Laval, which has already amassed 68 goals in 21 games. Jesse Ylönen and Jordan Weal have been big parts of that offensive attack but both players missed Laval’s last game. It remains to be seen whether either forward will return on Friday.

Stockton — Mark Simpson. The ever-dependable Simpson has been a fixture in Stockton’s bottom-six for all but four games this season, putting in regular shifts at even strength and on the penalty kill.
Simpson, 25, is one of two former University of New Brunswick Reds currently on Stockton’s roster. He and Kris Bennett defeated Luke Philp’s Alberta Golden Bears in the final game of the 2019 U Sports men’s hockey championships.
The 6’6″ centre has three goals and five points in 15 games this season but is looking for his first goal since Mar. 8. He has points against every Canadian team this season, with the exception of Laval.
Laval — Yannick Veilleux. Below is a transcript of Veilleux’s performances in Laval’s four games against Stockton this season:
Coming off a two-game ban for directing an obscene gesture towards the Toronto Marlies’ bench, Veilleux injured Heat forward Martin Pospisil with a knee-on-knee hit and earned himself a game misconduct just over three minutes into his return to the Laval lineup.
Pospisil suffered a torn MCL and MPFL on the play; Veilleux received a four-game suspension and returned (again) on Mar. 30. Friday’s game will represent his first meeting with Stockton after the incident.
An alternate captain for the Rocket, Veilleux has four goals and seven points in 12 games this season.