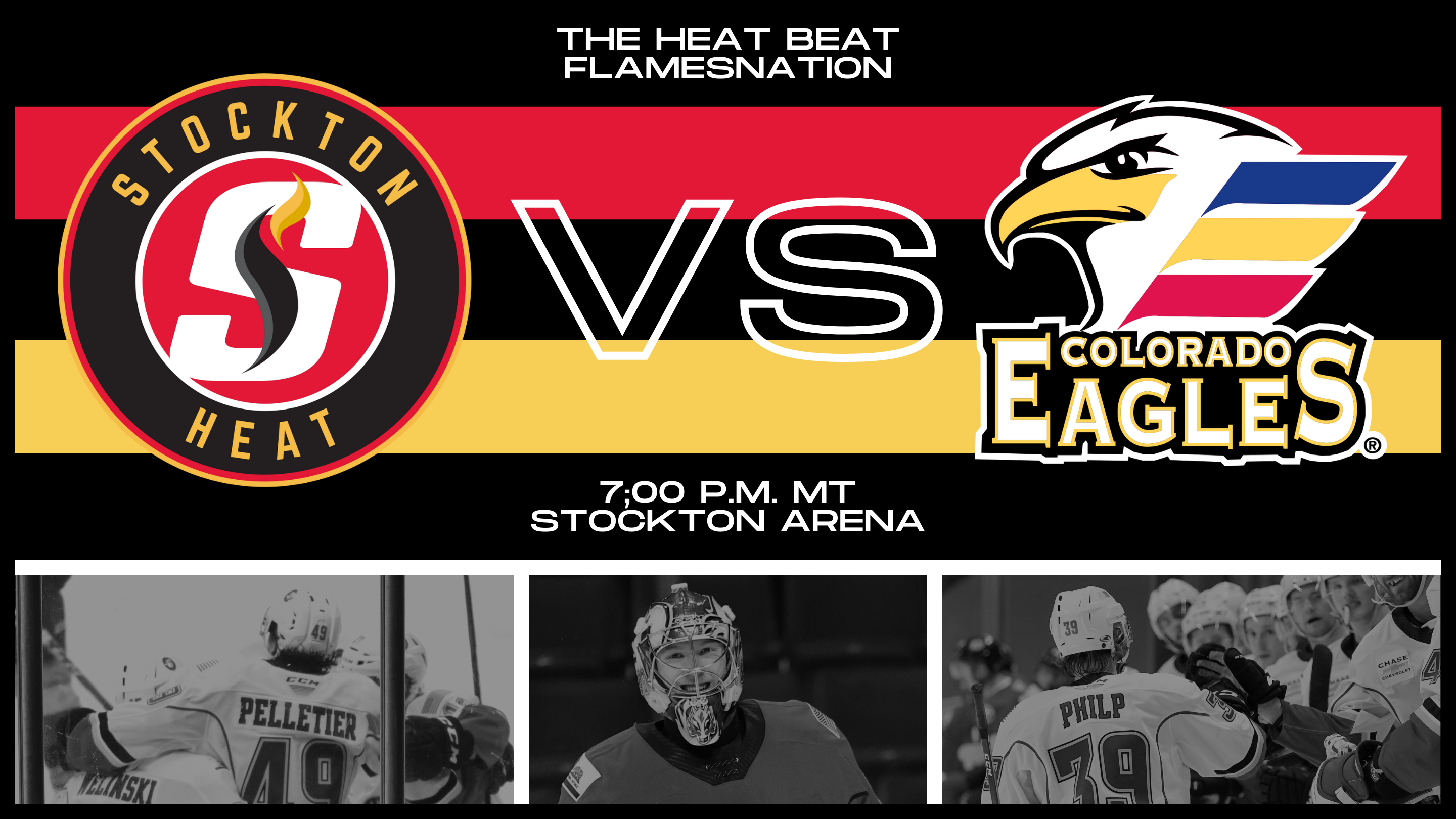 By Mike Gould
1 year ago
It didn’t always look easy, but the Stockton Heat defeated the Colorado Eagles 3–2 in a shootout on Friday.
Stockton fell behind 2–0 in the first period but managed to rally back with goals from @Eetu Tuulola and @Ilya Solovyov to send the game to overtime. @Andy Welinski tallied in the extra frame to lift the Heat to victory.
The Heat will now go for a weekend sweep of the Eagles in the rematch on Saturday evening. It remains to be seen whether @Dustin Wolf or @Adam Werner will tend goal for Stockton in the game; Wolf made 26 saves in Friday’s win.
Stockton has been a powerhouse this season. Only the Utica Comets (18–1–2) have a better record than Stockton’s 16–2–3 mark; with Wolf in net, the Heat still have yet to lose a single game in regulation (13–0–2).
Saturday’s game will be the fifth meeting of the season between the Heat and Eagles. Stockton has a 3–1–0 record against Colorado this year, with the only loss coming on the road by a 5–1 margin (with Werner in net) on Nov. 27.

Stockton — Things are really starting to look up for @Connor Zary. The rookie centre now has three goals and six points in his last seven games after starting the season with just one point in his first seven contests. The start of Zary’s season was delayed after he suffered a foot injury in the preseason, and his decreased initial production may have been as a result of him playing centre for the first time as a professional. He certainly now looks to be at 100 percent.
Colorado — Just a day after signing his first-ever NHL deal with the Colorado Avalanche, @Callahan Burke opened the scoring for the Eagles less than two minutes into Friday’s game. The 24-year-old Notre Dame alum now has seven goals and 15 points in just 20 AHL games with Colorado this season.