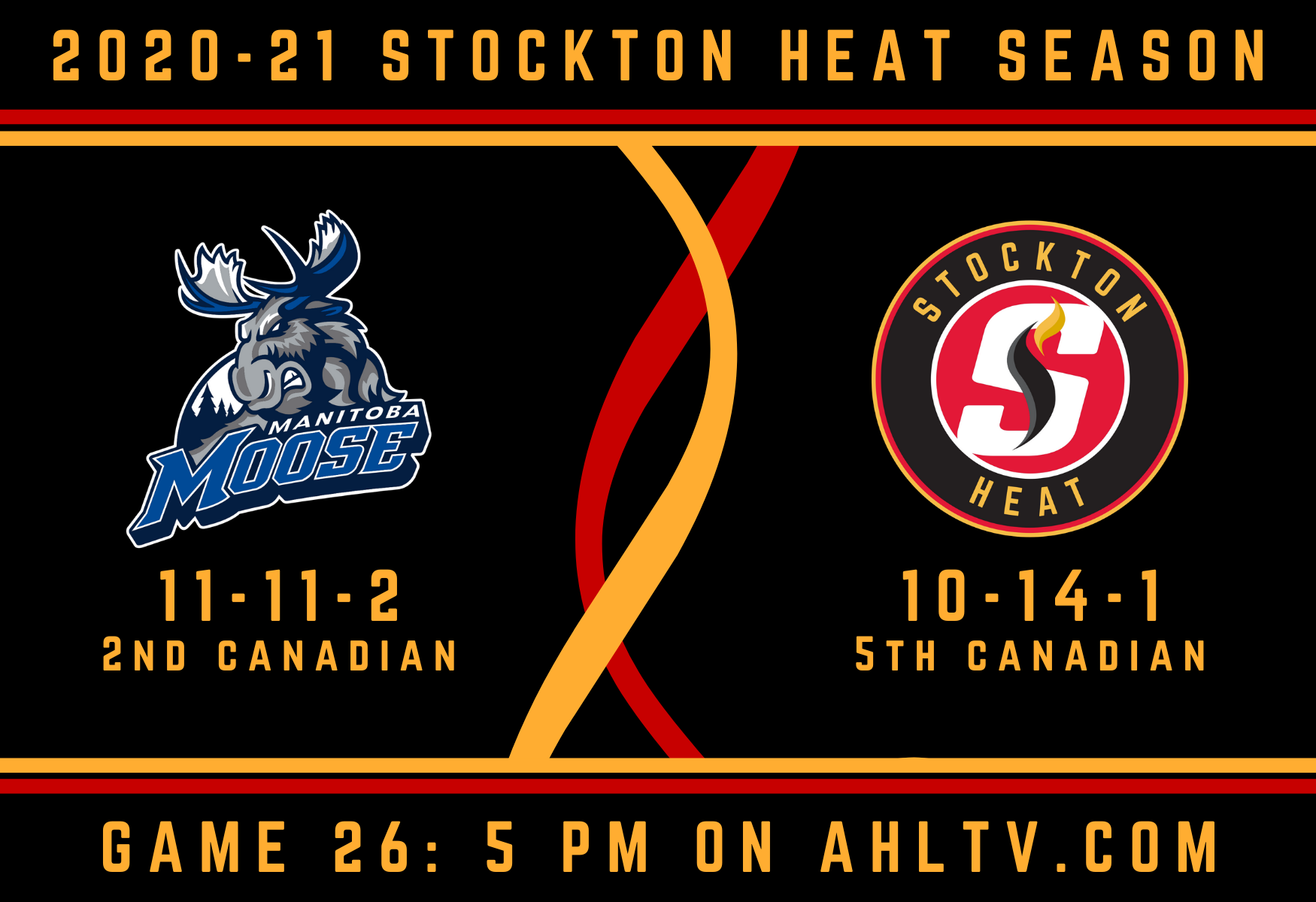 By Mike Gould
1 year ago
After losing 13 of their last 15 games, the Stockton Heat now occupy the last-place spot in the AHL’s Canadian Division and will look to get back on track in their season-ending five-game road series against the Manitoba Moose.
Stockton boasts a 3-1-0 record against the Moose this season but lost its most recent game against the Moose, falling by a 4-2 margin on Mar. 13. That setback ended Stockton’s eight-game winning streak and sent them spiralling down the American Hockey League standings.
Who will play for the Heat on Thursday evening, and who will remain at the Scotiabank Saddledome with the Calgary Flames? After a brief NHL promotion, leading scorer Adam Ruzicka returned to Stockton’s lineup for its Apr. 17 game against the Belleville Senators. The Flames still have four AHL recalls at their disposal for the rest of the season (and recalls to the taxi squad, which has two open spots as of this writing, don’t count.)
Will Tyler Parsons get the nod in goal for the Heat on Thursday? The 23-year-old goaltender has yet to draw into any game action this season after spending multiple months recovering from an ankle injury suffered in the off-season. He spent last Saturday’s game as Garret Sparks’ backup but Sparks allowed three goals on just 13 shots.
Manitoba hasn’t played a game since Apr. 12 and has added a former Heat player to its lineup since its last contest. Stockton loaned 21-year-old defenseman Noah King to the Moose on Apr. 19; the left-shot rearguard had played just one AHL game for his former club this season.

Stockton — Alex Petrovic. At this point in the season, the Stockton Heat have exactly one player chugging along at a point-per-game pace. That’s Alex Petrovic, who returned to the AHL lineup on Saturday after spending exactly a month on the Flames’ roster (but not playing a game).
Petrovic has two goals and 12 points in 12 games with the Heat this season. He’s been a consistent power play threat, with eight of his points coming on the man-advantage.
Manitoba — Cole Perfetti. Selected 14 spots ahead of Connor Zary in the 2020 NHL Entry Draft, Cole Perfetti has already established himself as an impact player at the AHL level despite only having turned 19 in January.
Like Petrovic, Perfetti has been a dangerous threat with the extra man. He leads the entire AHL with 11 power play points this season and has scored four of his six goals in that situation.
Owing to his 2002 birthdate (Jan. 1, no less), Perfetti will likely be forced to return to the OHL’s Saginaw Spirit when that league resumes play in the 2021-22 season; that is, unless he makes the Winnipeg Jets out of training camp, which is also possible. Either way, Perfetti has shown he is more than capable of playing professional hockey at a very young age.